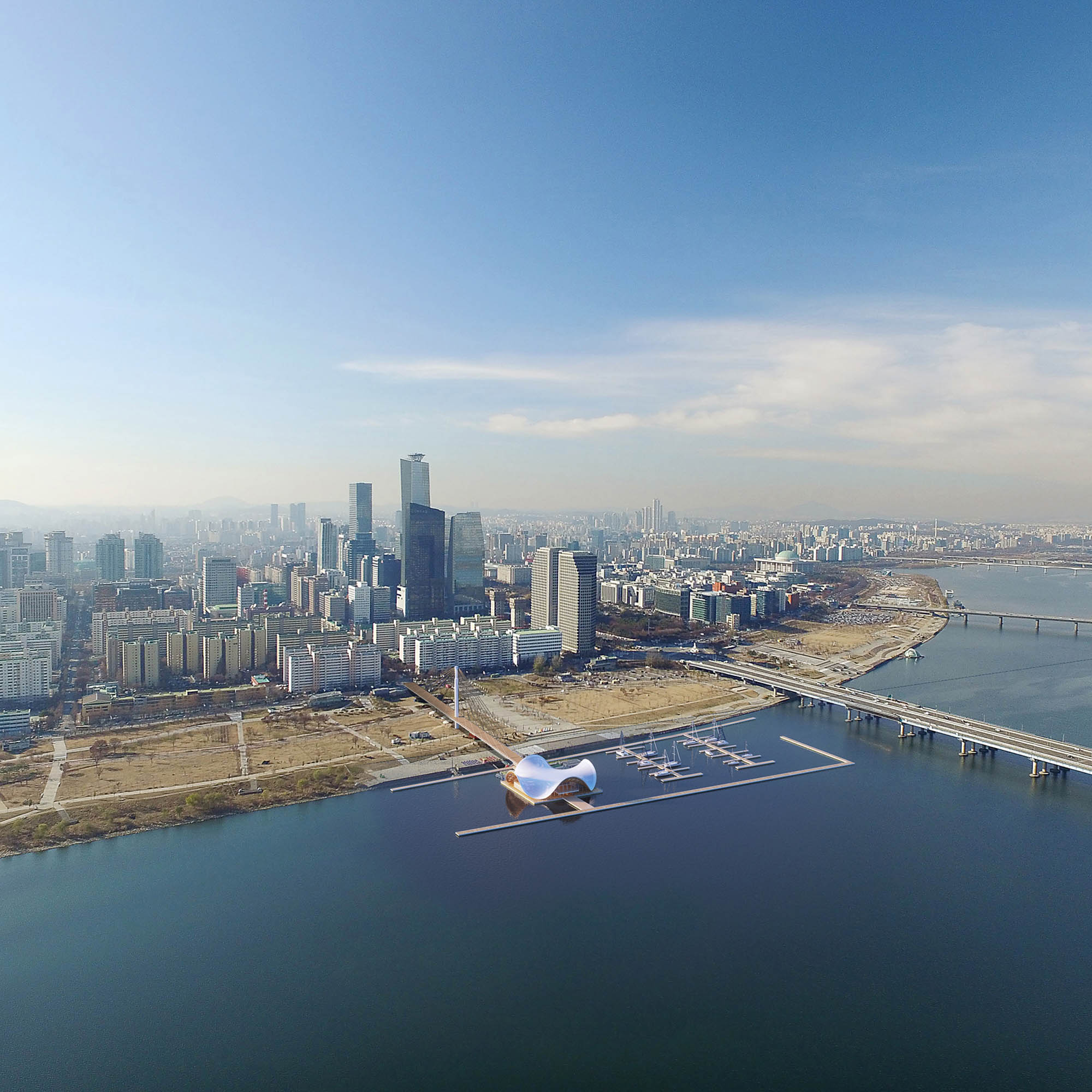 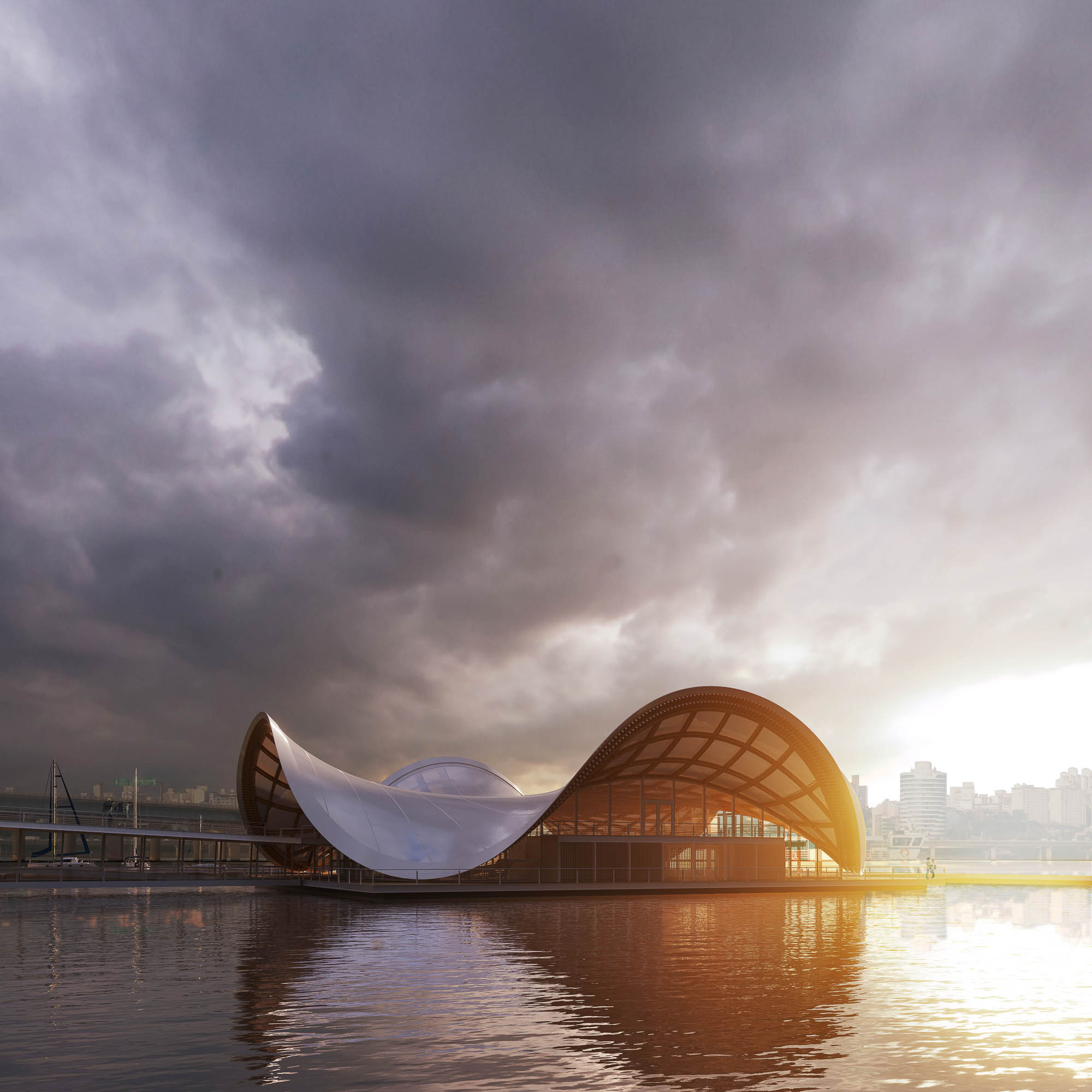 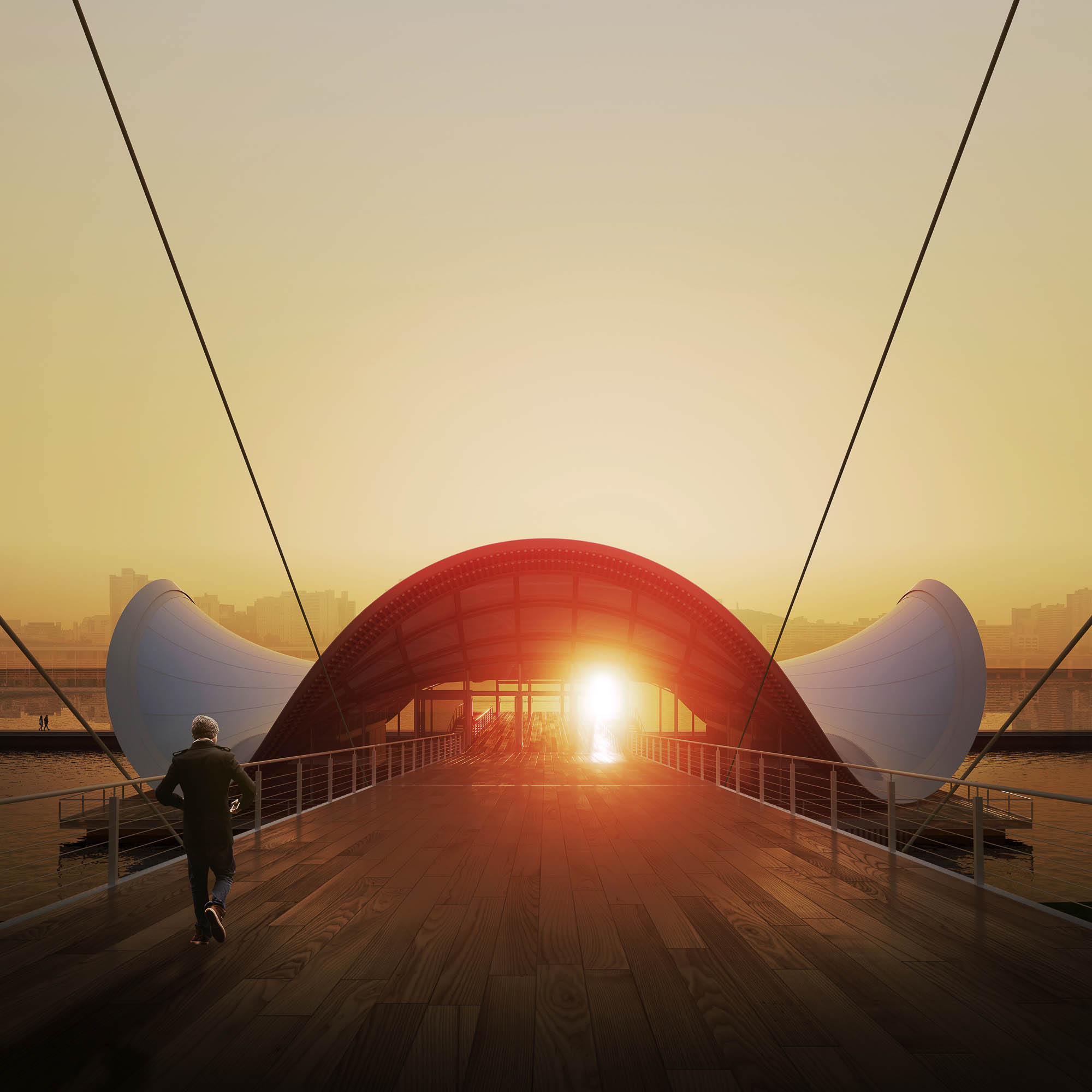 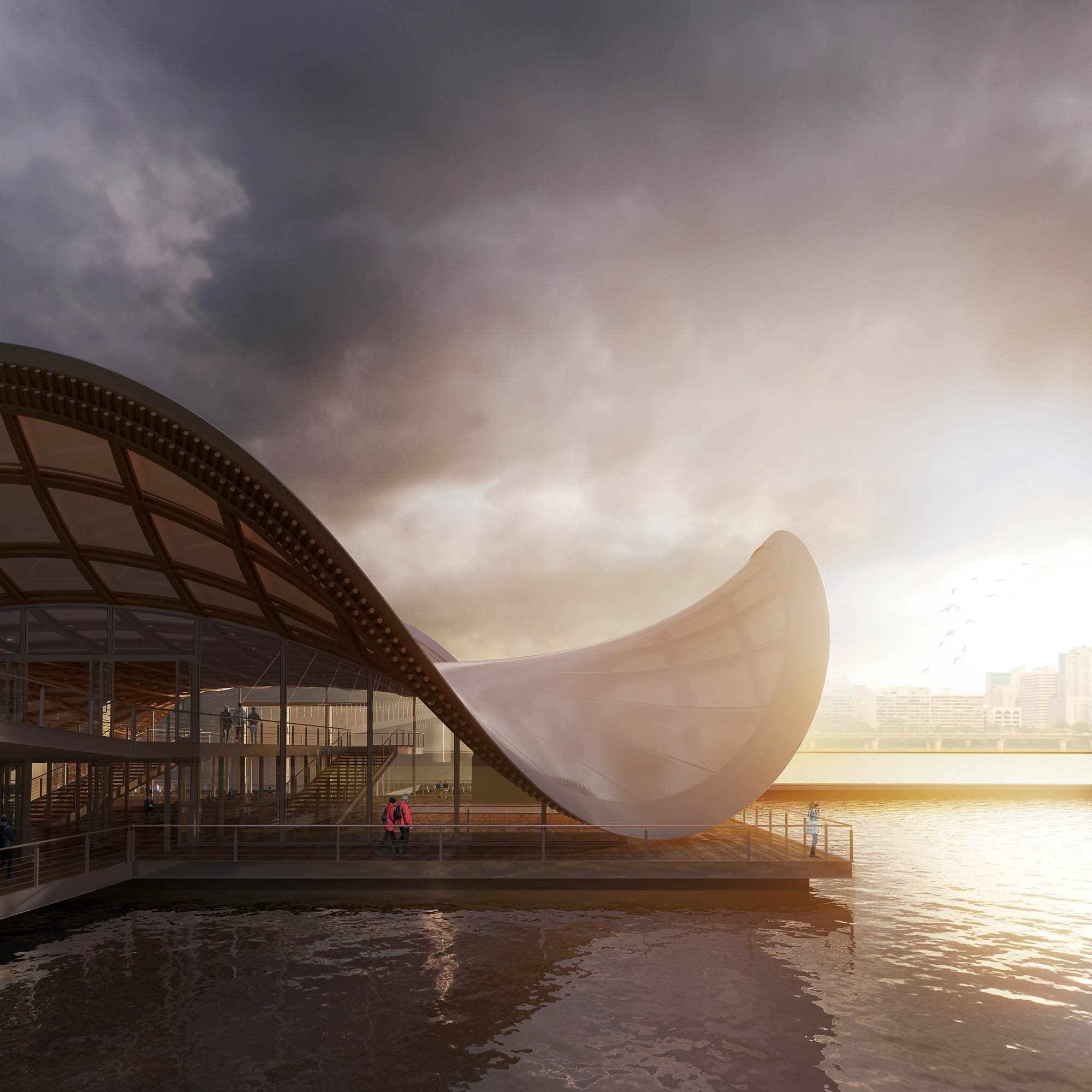 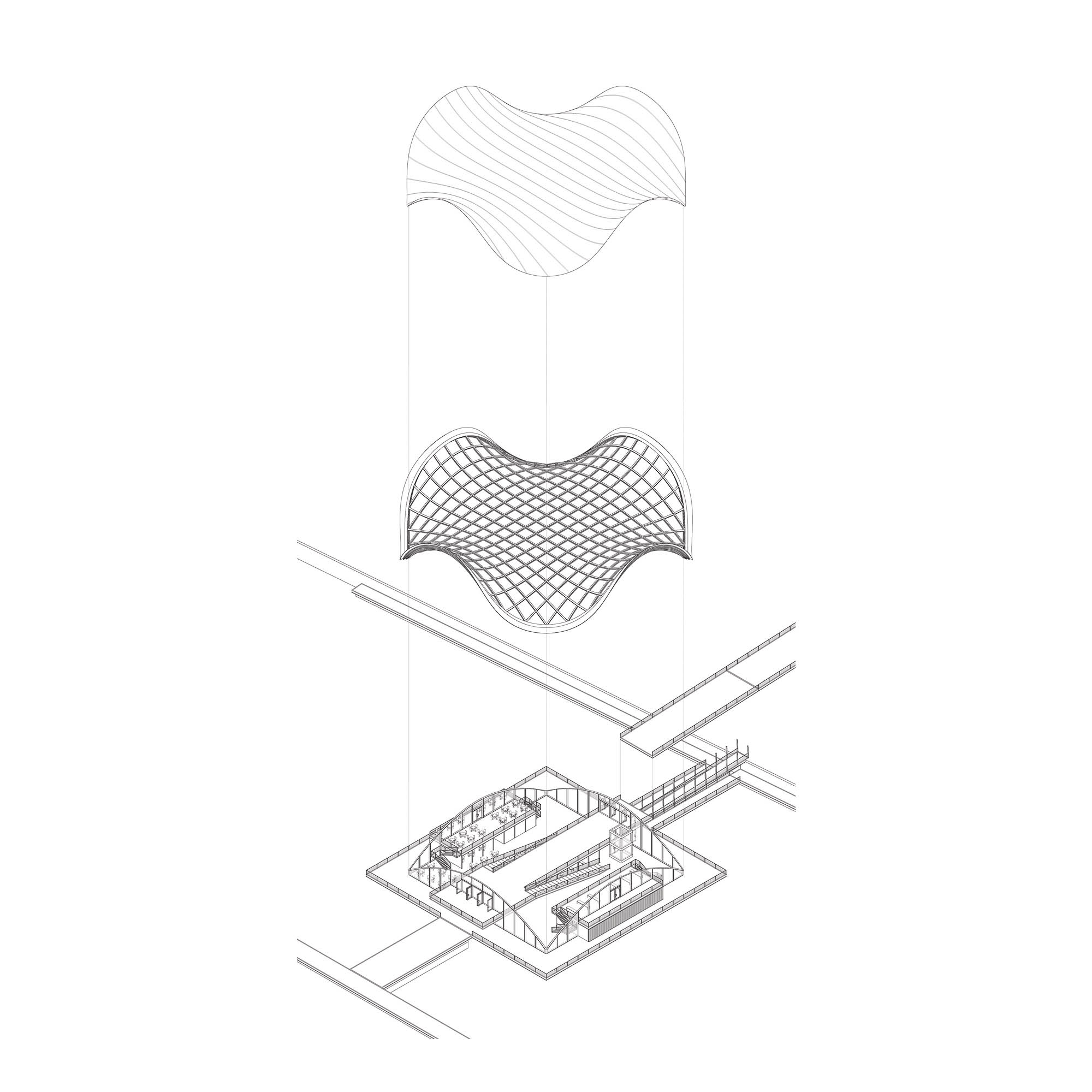 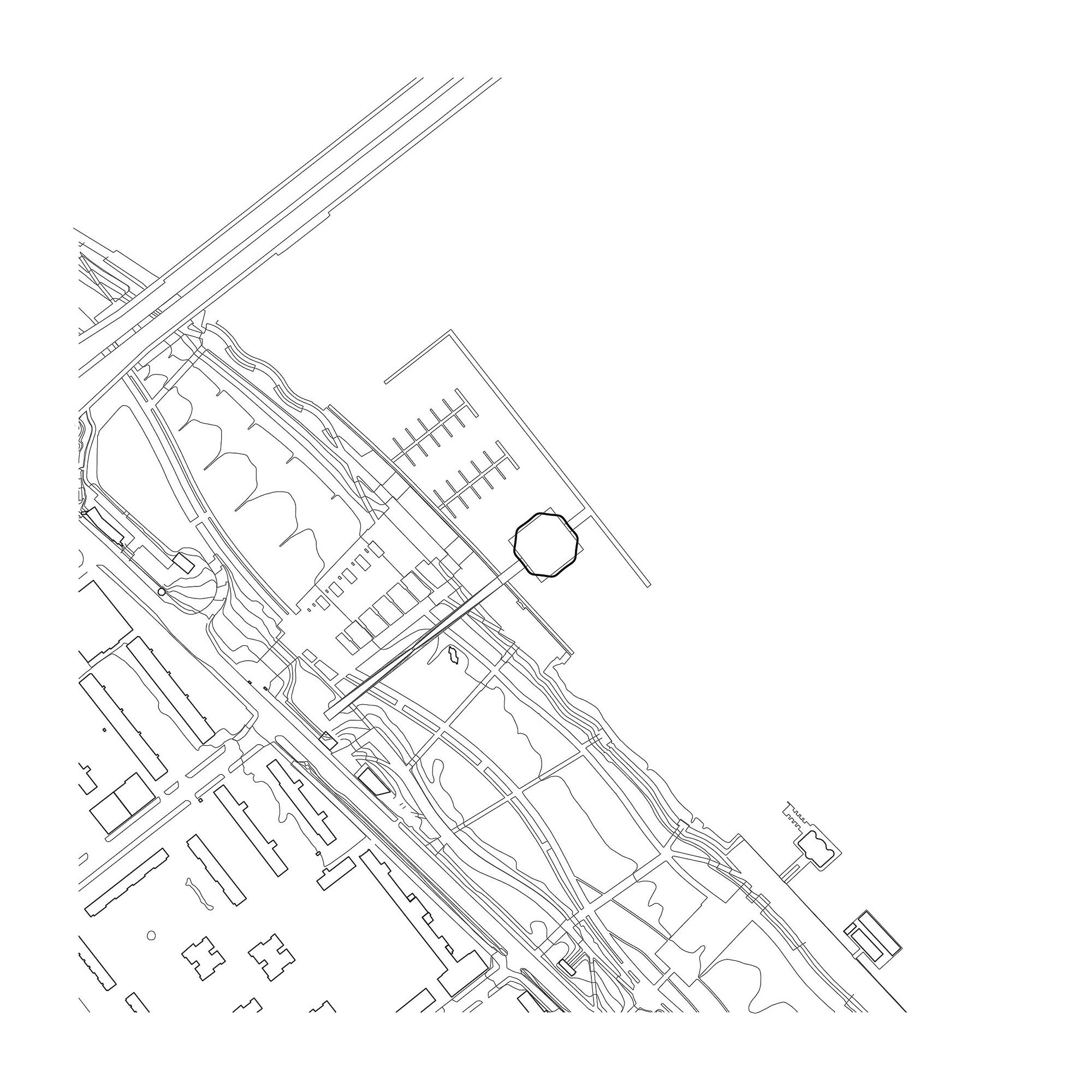 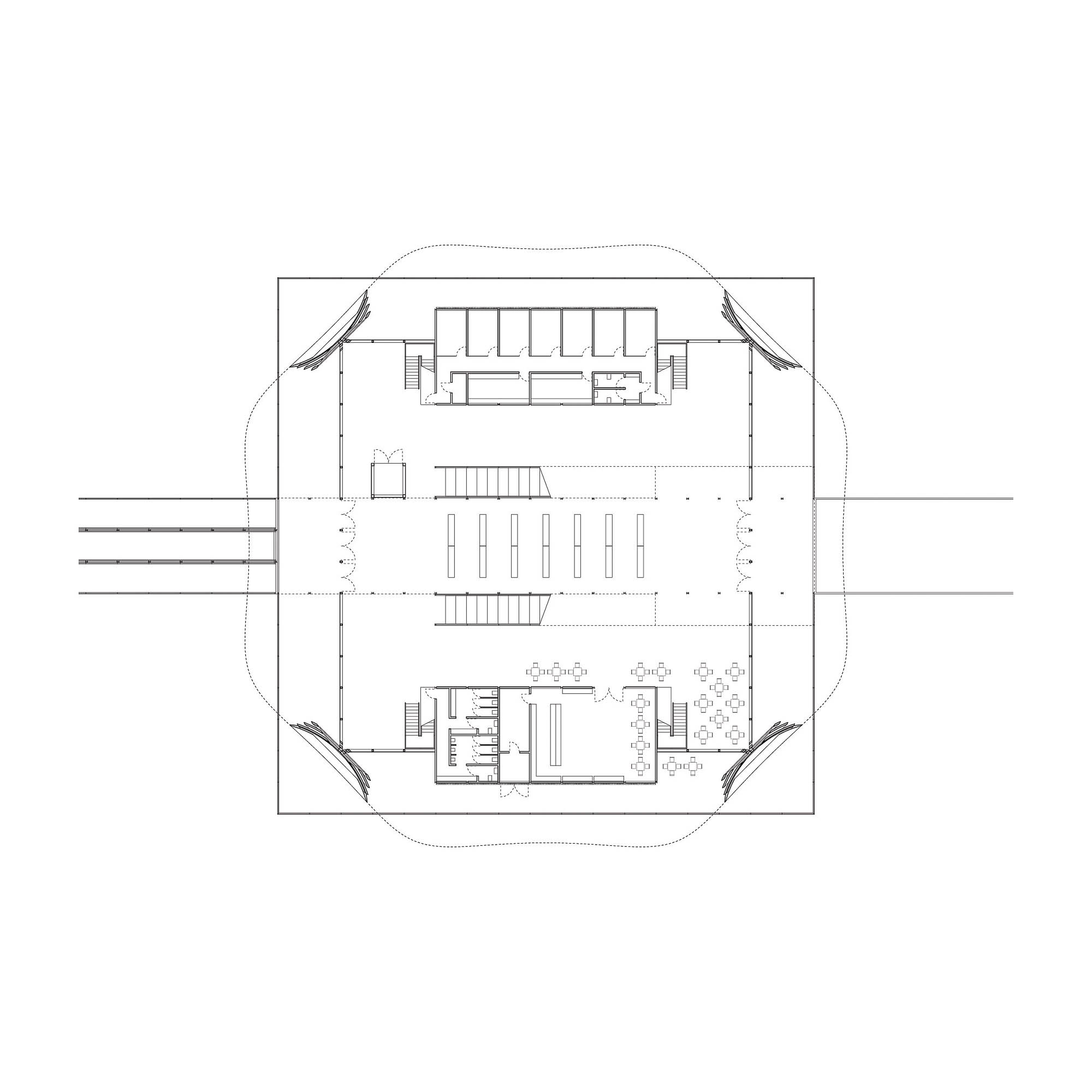 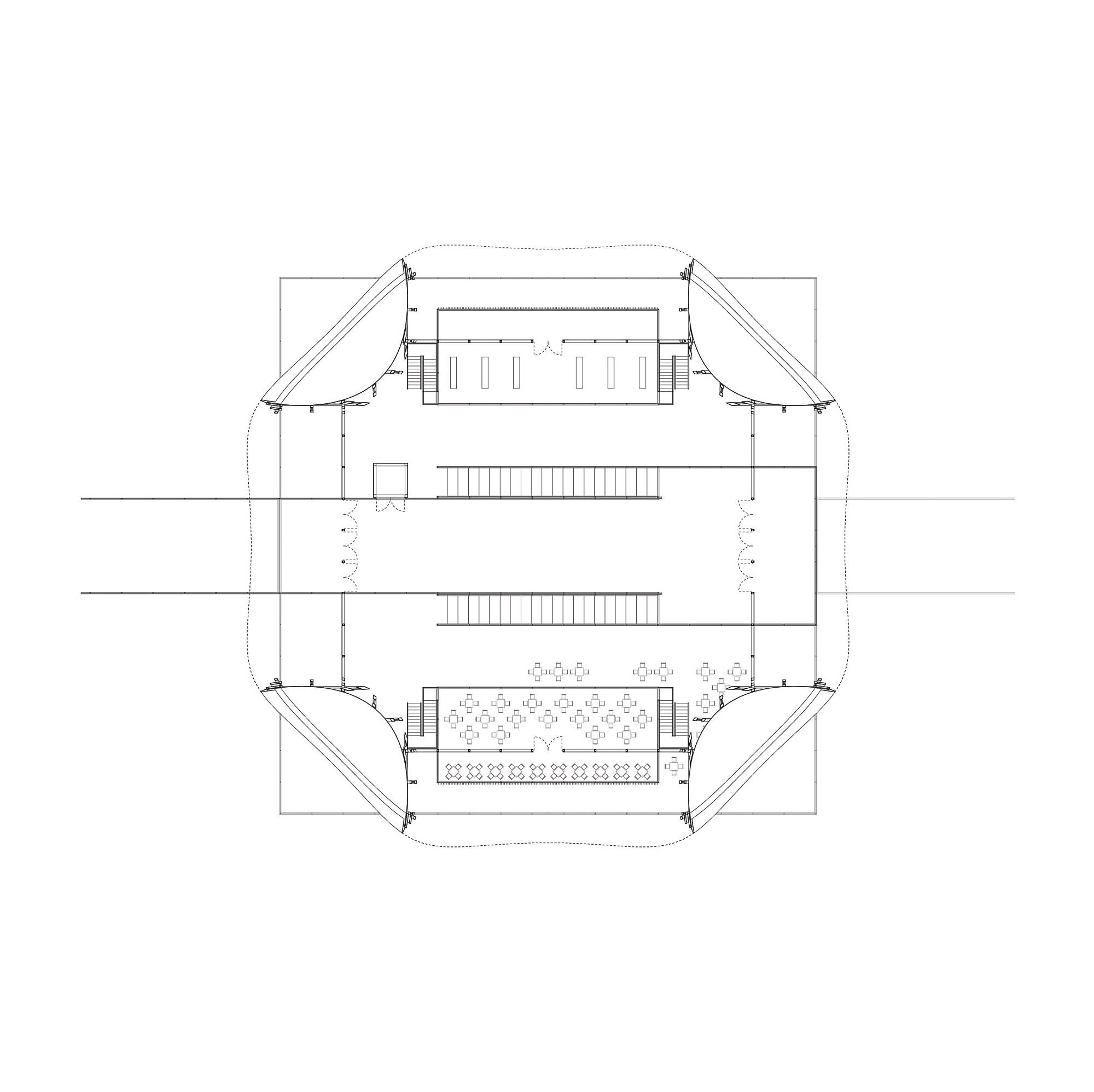 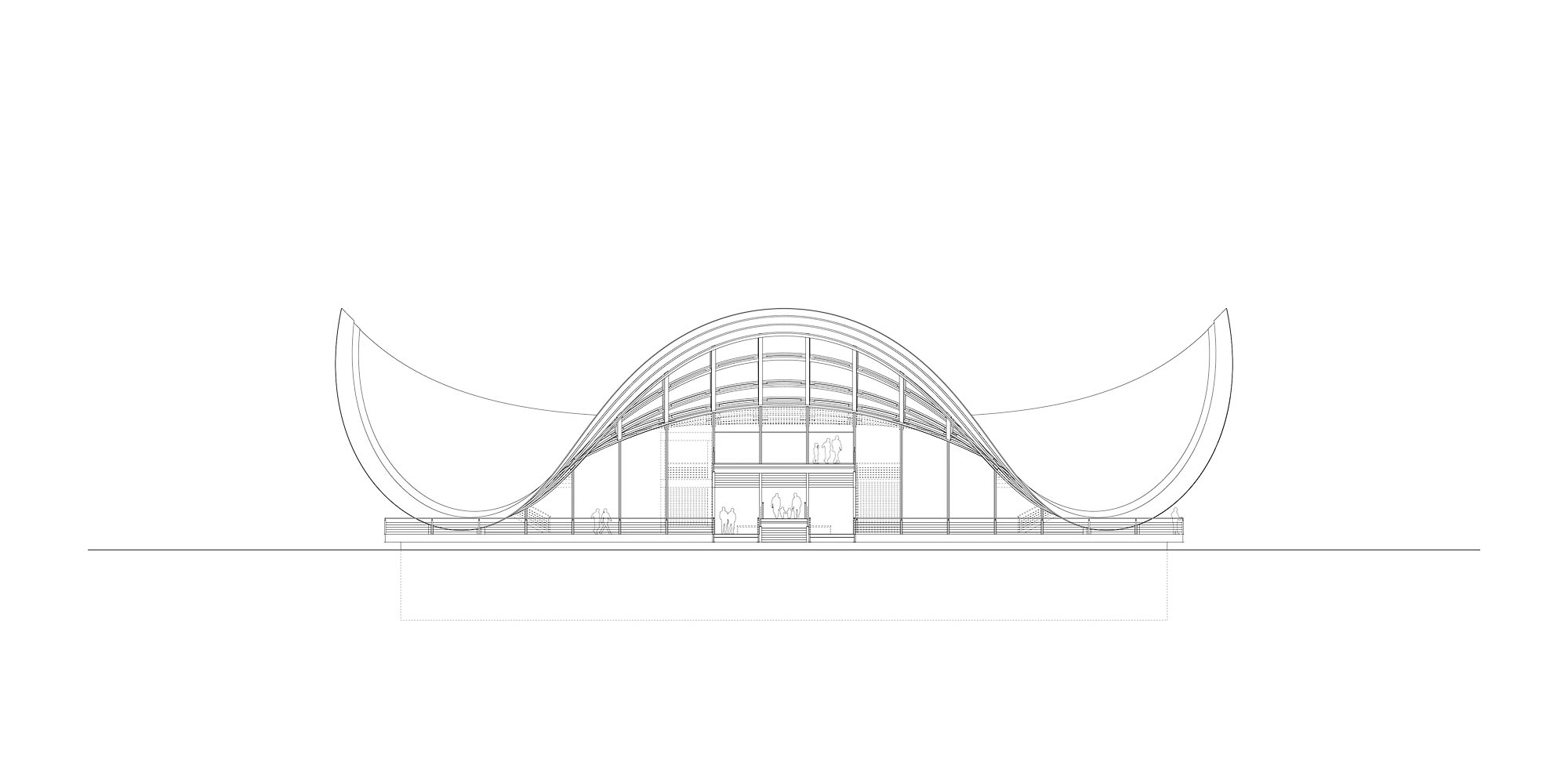 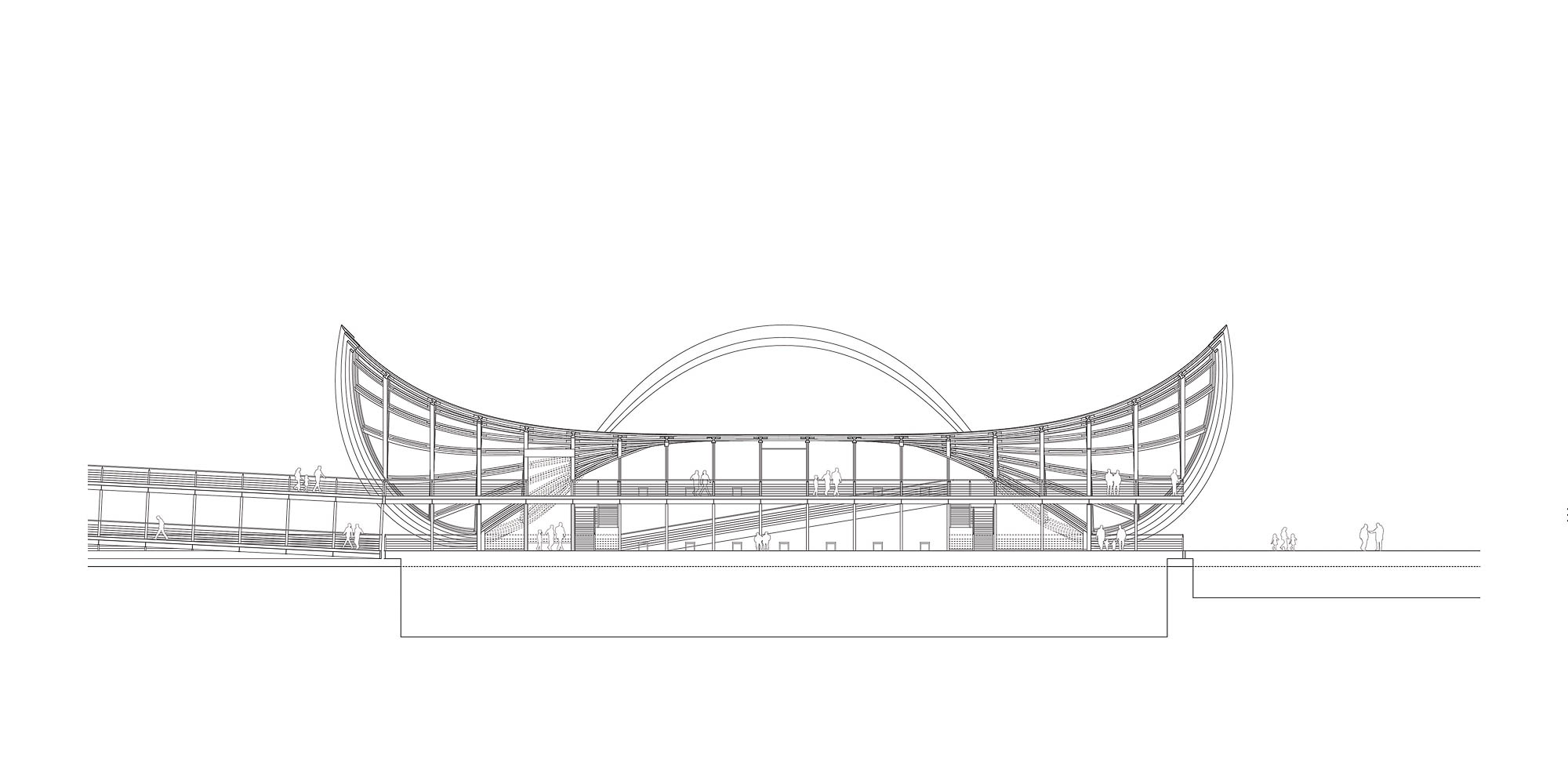 Conceived as a new iconic landmark in the River Han, our proposal for the new Yeoui-naru ferry terminal and adjoined Marina facilities celebrates South Korean’s richly layered history, tectonic tradition and ethnographic context, as well as the historic relation between the city of Seoul and the river Han.

Underpinning its role as a gateway to the Yeouido Park, our project proposes a simple, elegant, and contextual response to the liminal threshold between water and land. Inspired by the image of a lotus flower weightlessly floating on the water, the building appropriates a highly iconic, easily identifiable form: an undulating surface composed of four symmetrically-arranged sinuous arches, producing a structure that carefully frames views of the adjacent river and the skyline of Seoul.

Programmatically, the building is designed to facilitate circulation of passengers from the adjacent parkland and metro station. Served by a multi-level interchange bridge that spans across Yeouido Park, the building allows passengers coming from Yeoui Subway Station to connect directly with the terminal, streamlining transport connections to the rest of the city. Upon entering the building, visitors are welcomed by a central viewing platform conceived as an extension of the bridge – penetrating the envelope to offer spectacular views of the Han River and the city skyline.