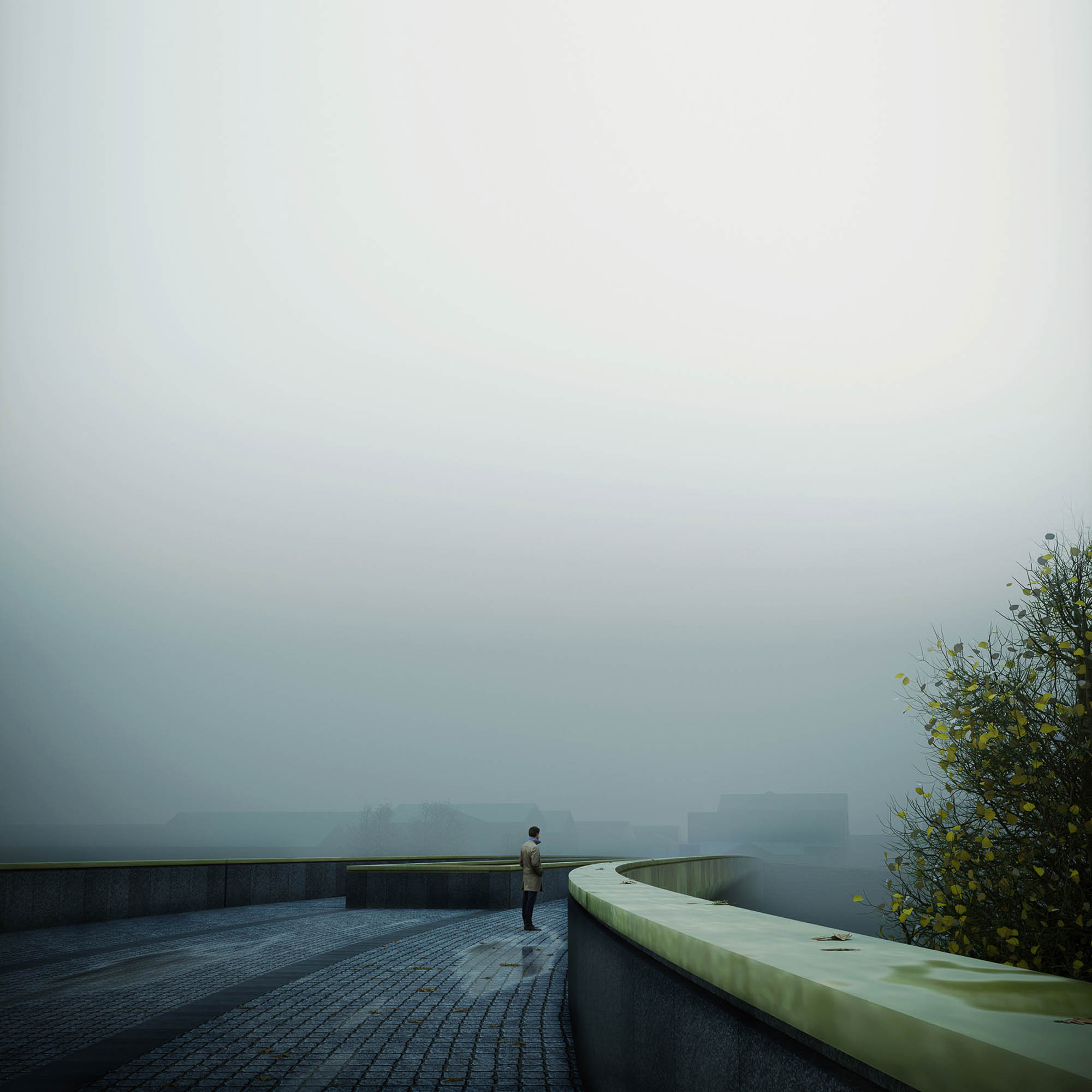 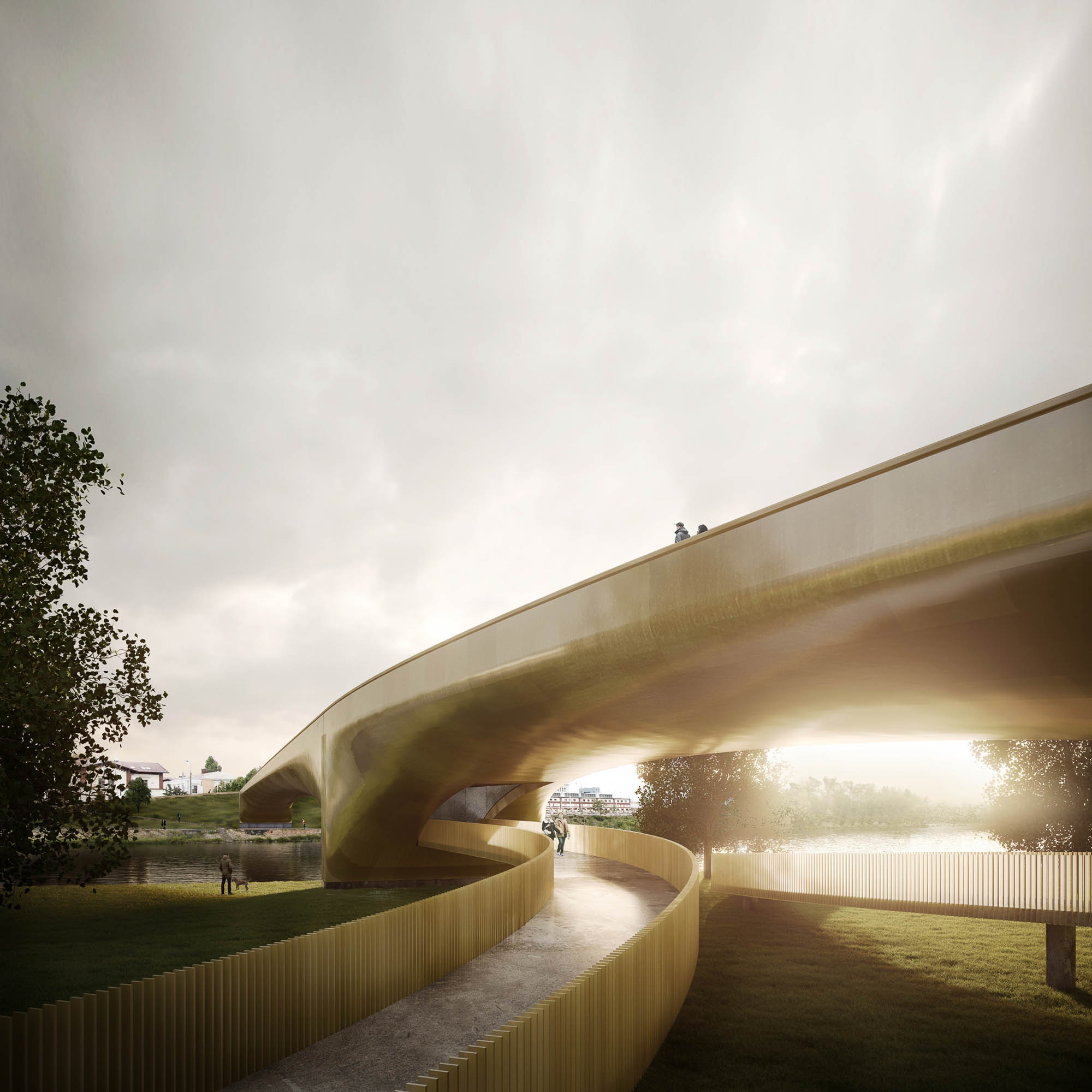 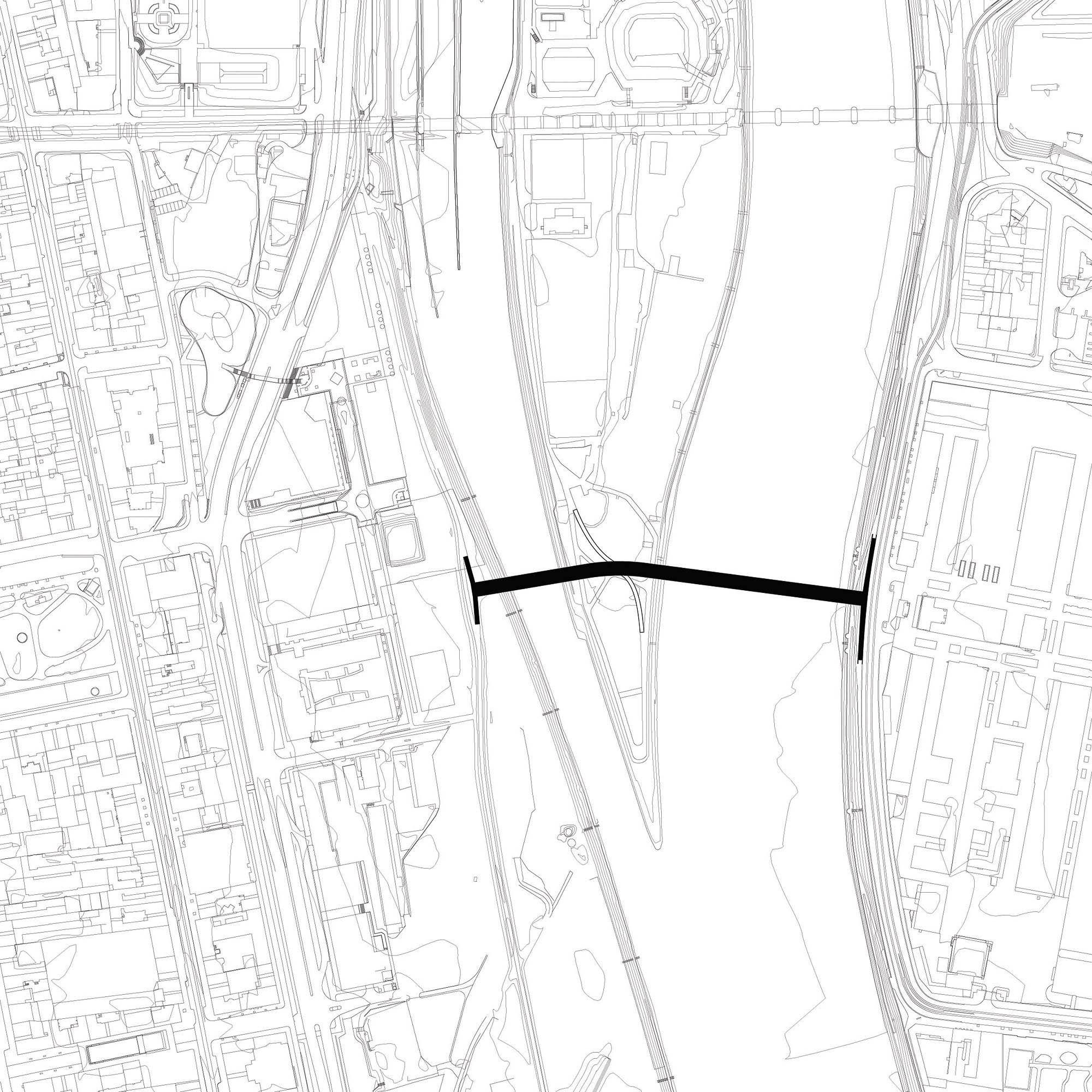 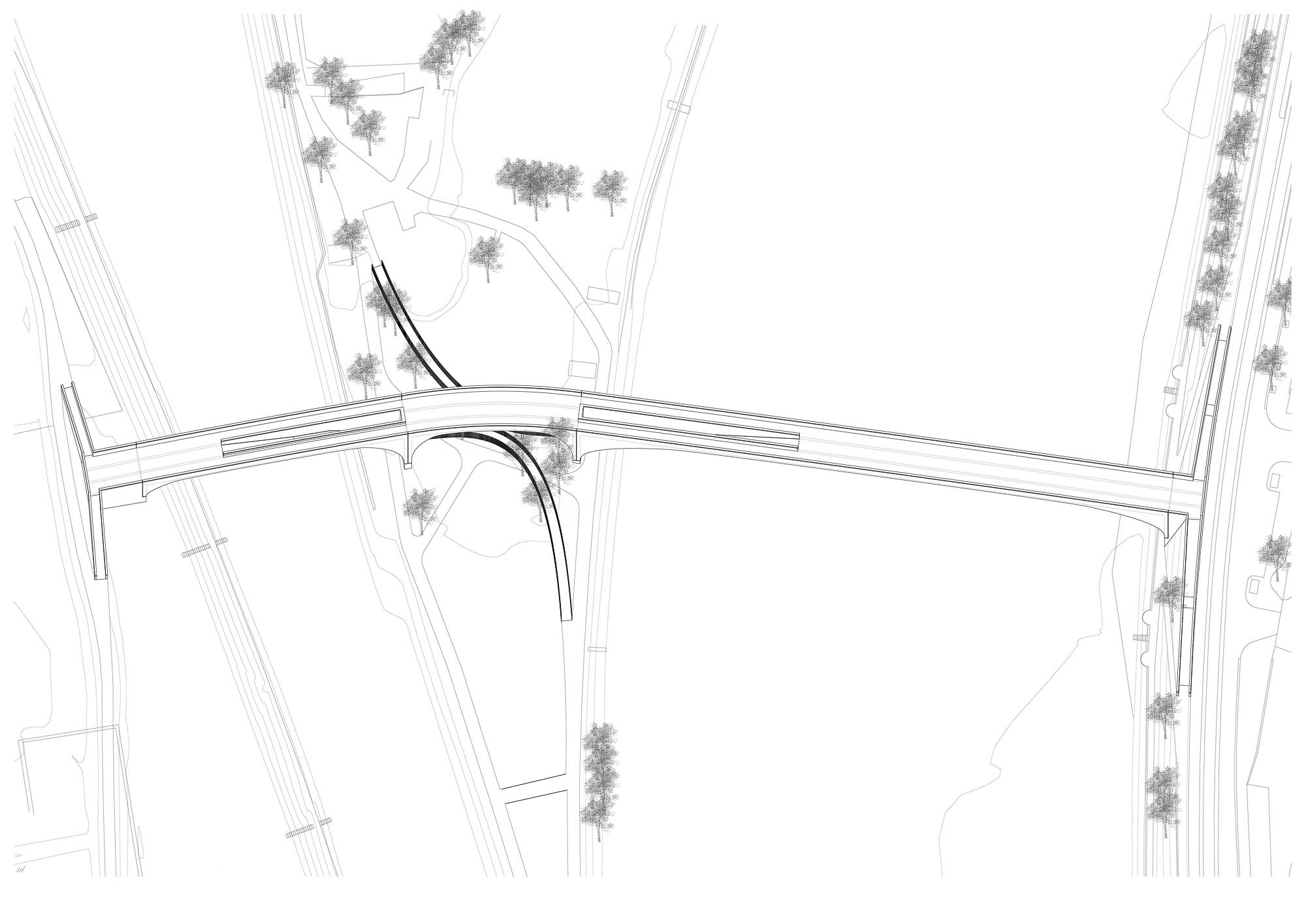 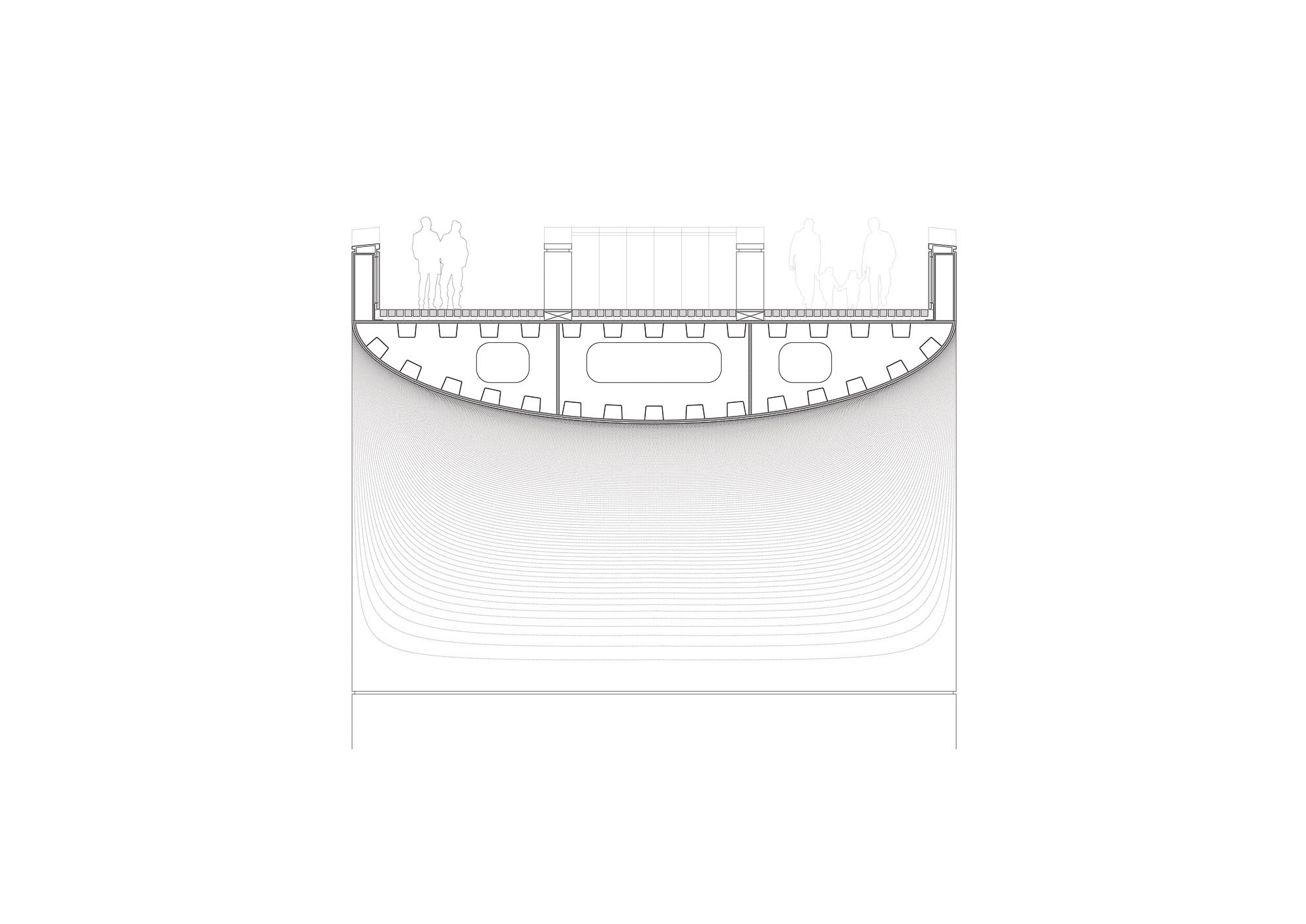 Conceived as a landmark for the city of Prague, our proposal for a new pedestrian footbridge in Štvanice Island is a contextual addition to the infrastructural landscape of the Vltava River. By virtue of its timeless form and unprecedented materiality, our proposal will respond to local concerns for an outstanding, elegant and striking structure that will enhance the architectural identity of the city.
Spanning across the two districts of Holešovice and Karlín, our proposal builds upon the site’s rich historical context to create an urban passage that is, at once, timeless in its architectural language, innovative in its structural approach, and experientially memorable. Our design acknowledges that bridges are opportunities for placemaking– and, as such, our goal is to produce a structure that is not only rational, resilient, and efficient; but also architecturally sensible.
Inspired by the plasticity and colour palette of Prague’s Baroque architecture, the project consists of three homeomorphic arched structures that conform to the geometry of a Scherk surface in order to achieve a highly efficient distribution of forces. Consisting of an orthotropic steel hollow section, our proposal takes cues from the form, materiality, and tectonic language of the naval vessels that historically navigated the waters of the Vltava River. It is thus conceived as a monocoque steel hull that not only performs efficiently in bending and axial compression, but also draws from local shipbuilding technologies in terms of construction and assembly methods.
The design proposes cladding the structure with sheets of  Muntz metal, an alloy of brass and zinc that has been utilised since 1832 in the construction of ships across Europe. In addition to its ability to withstand long-term damage from corrosion, Muntz metal slowly develops an elegant colouration and patina that will evolve with the passage of time. The result is a remarkable structure that will reflect light differently throughout the course of the day– infusing the site with a renewed sense of identity.