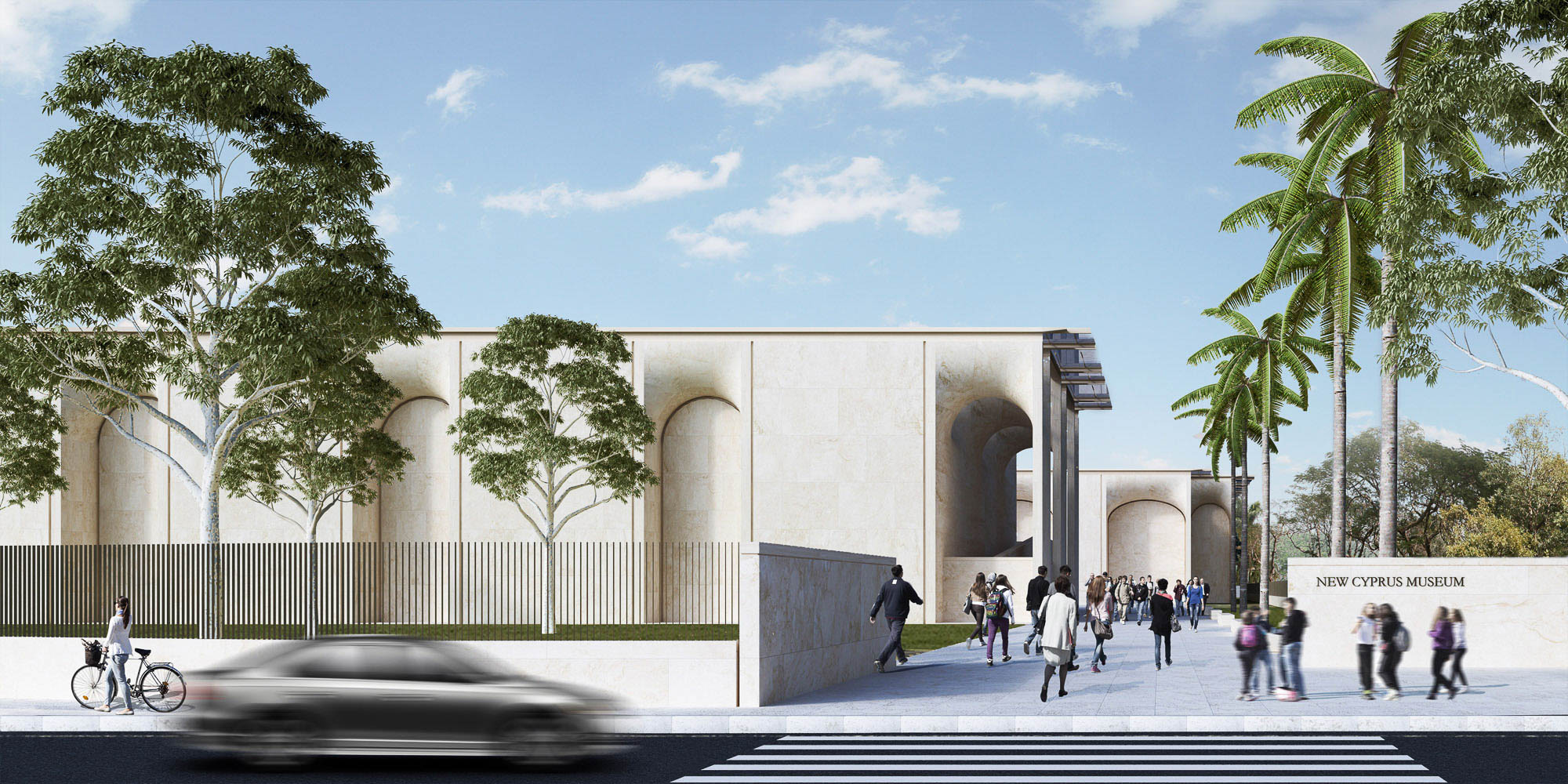 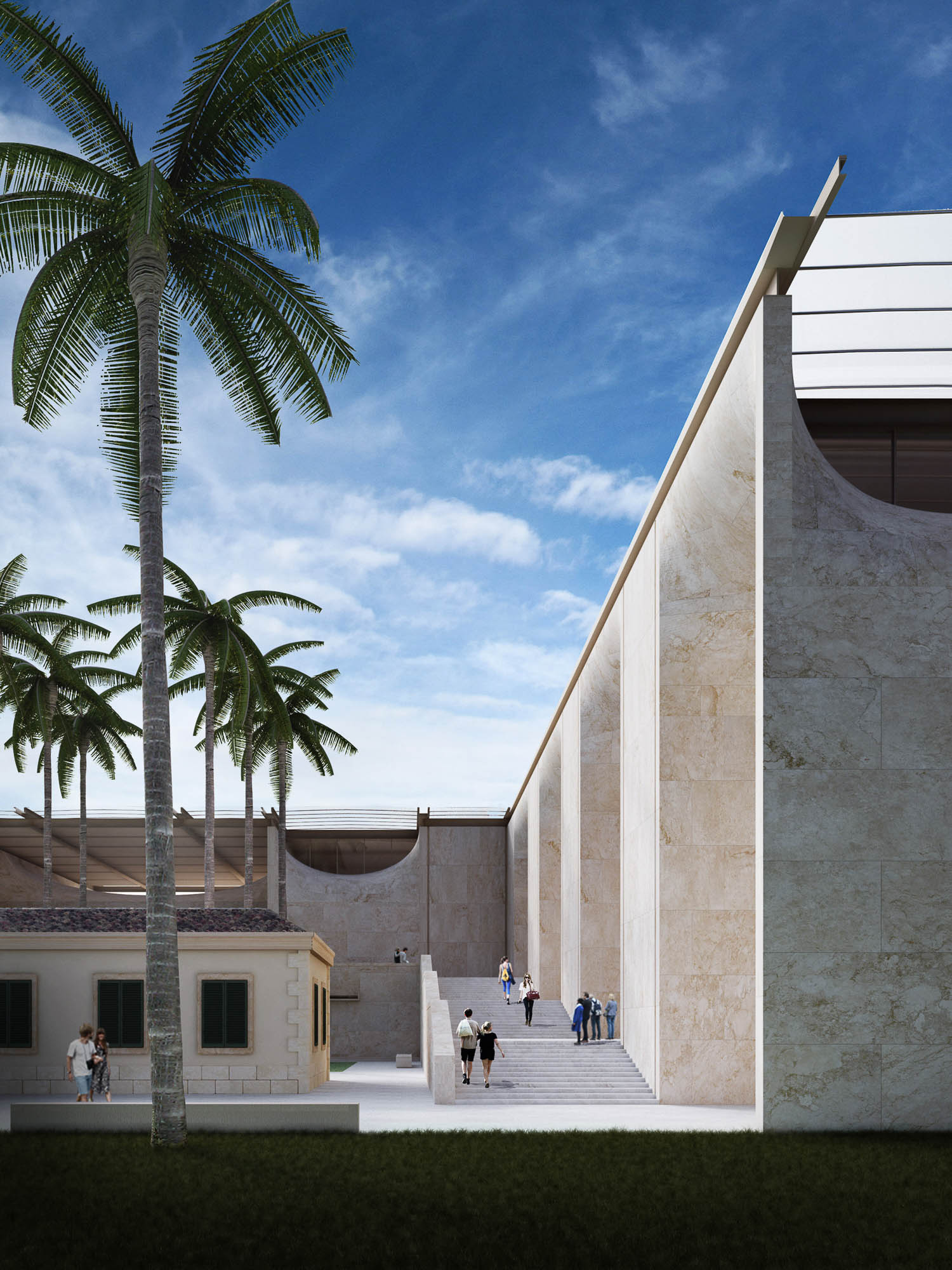 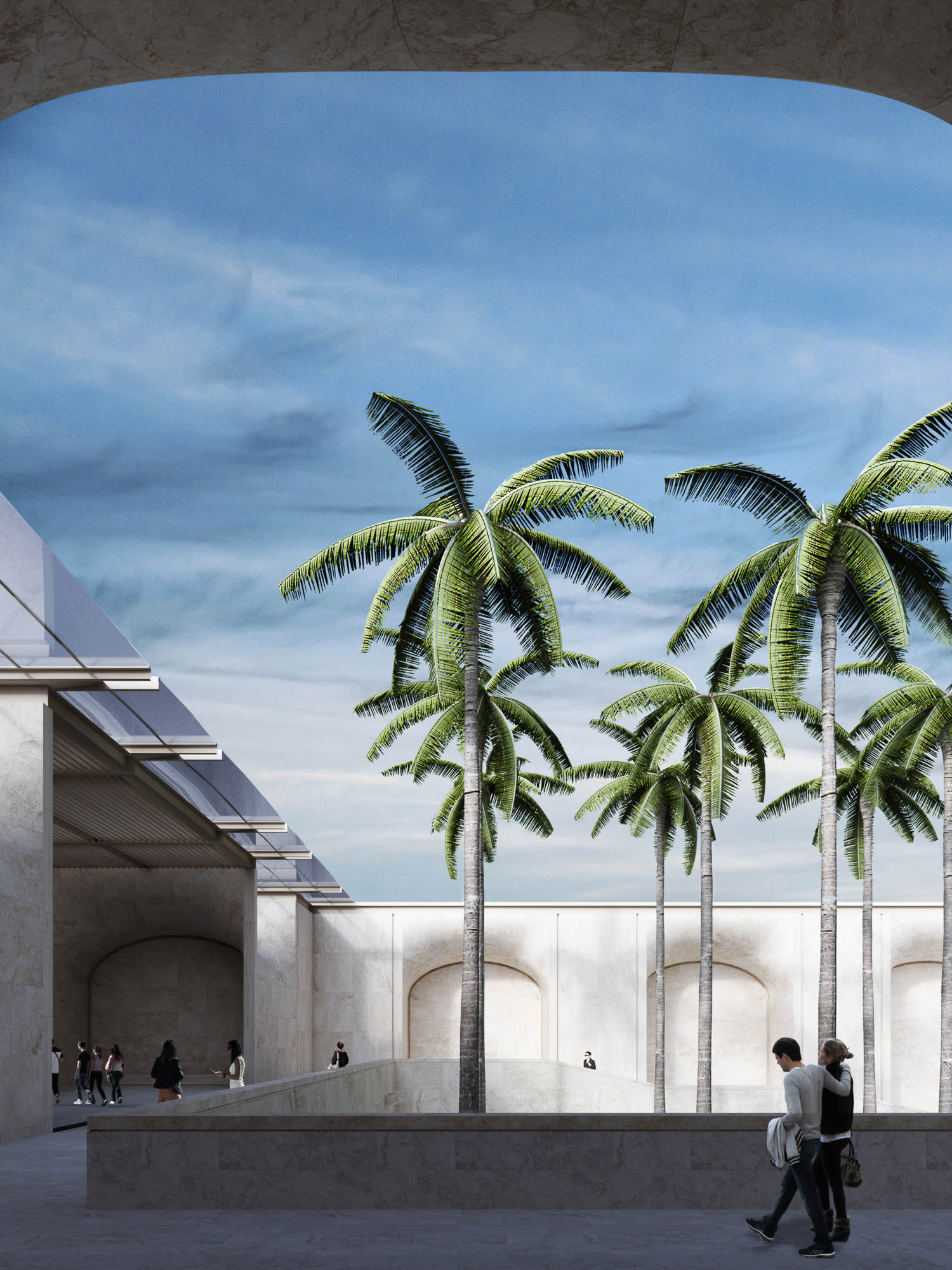 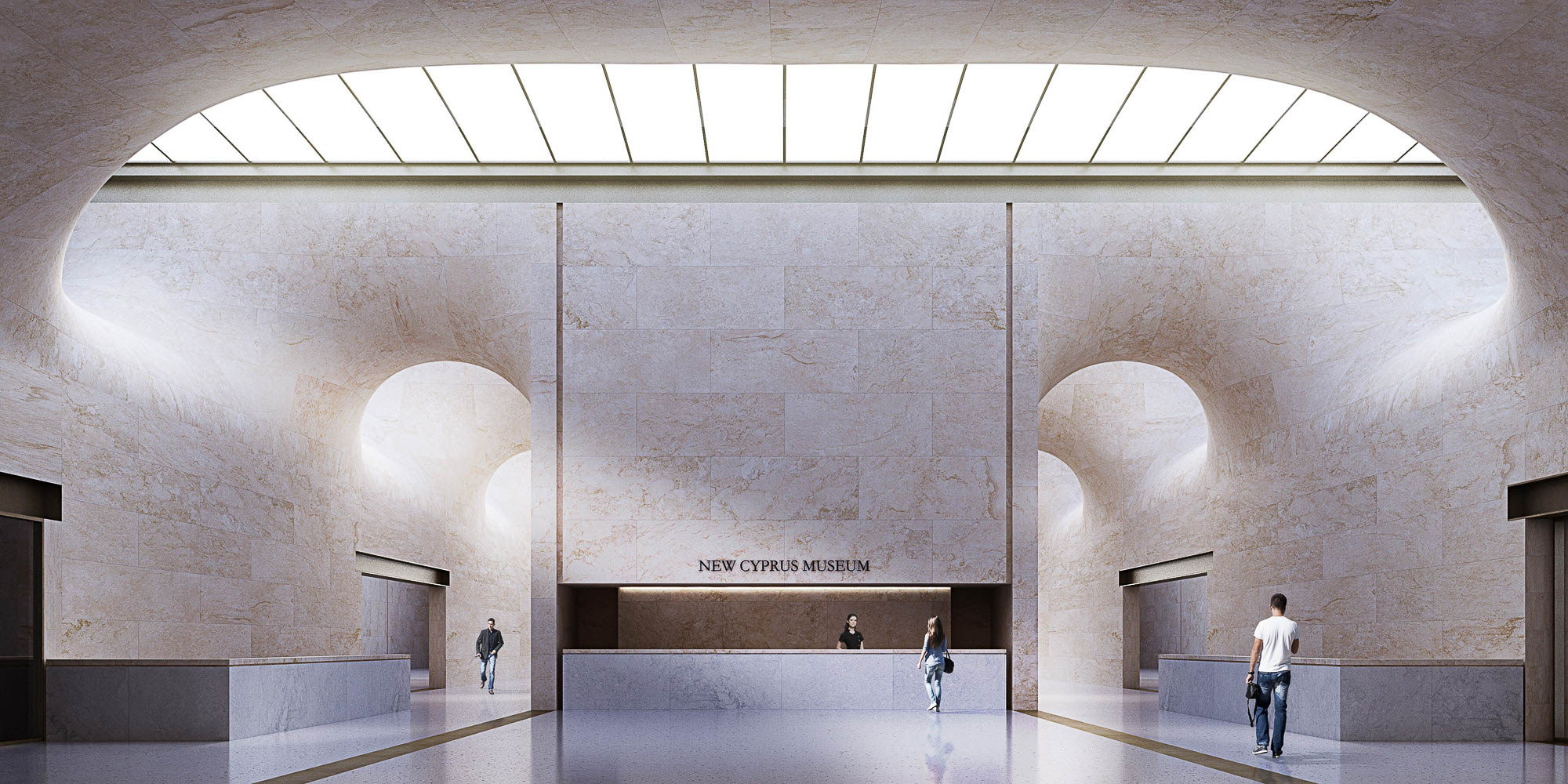 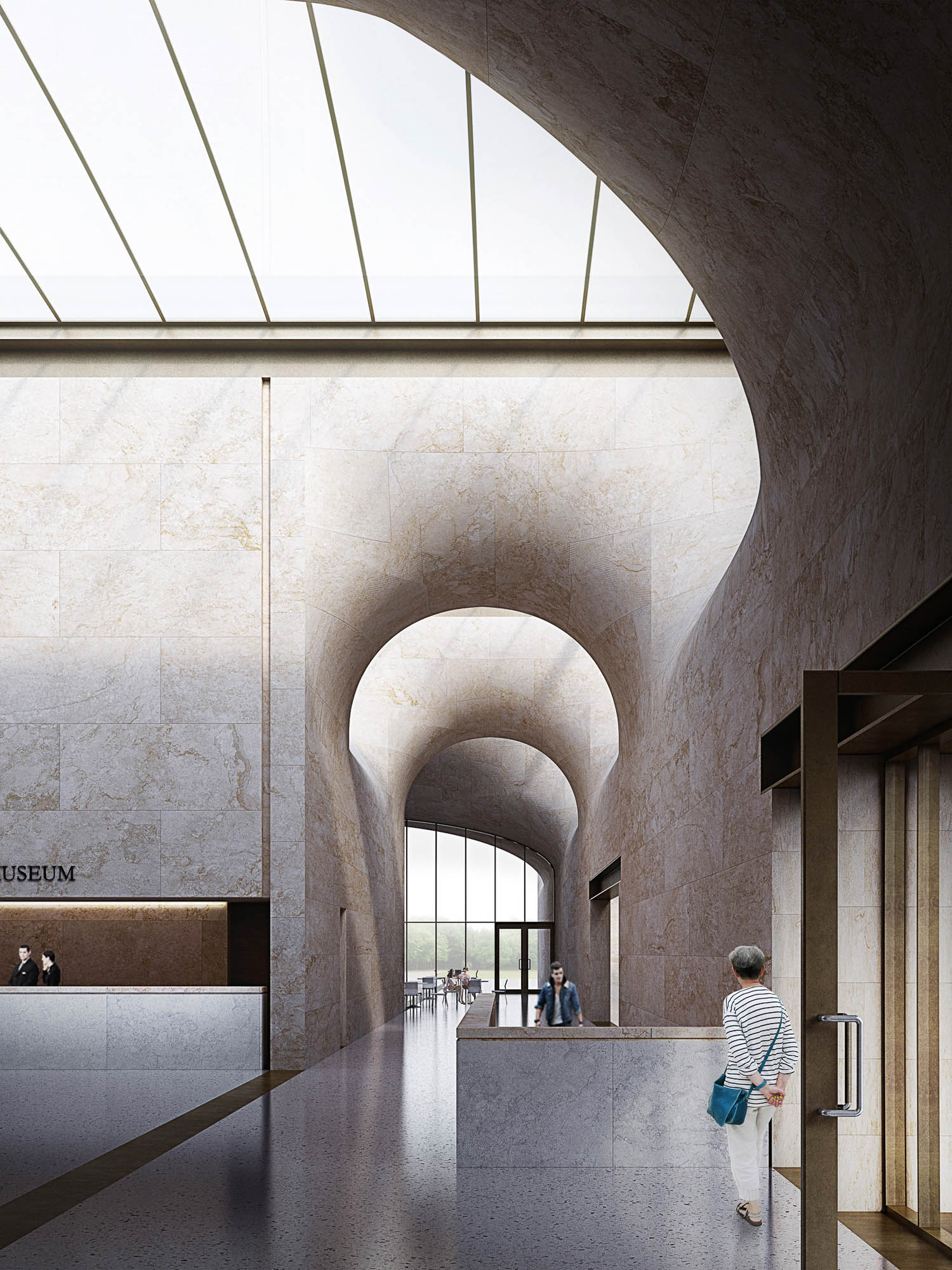 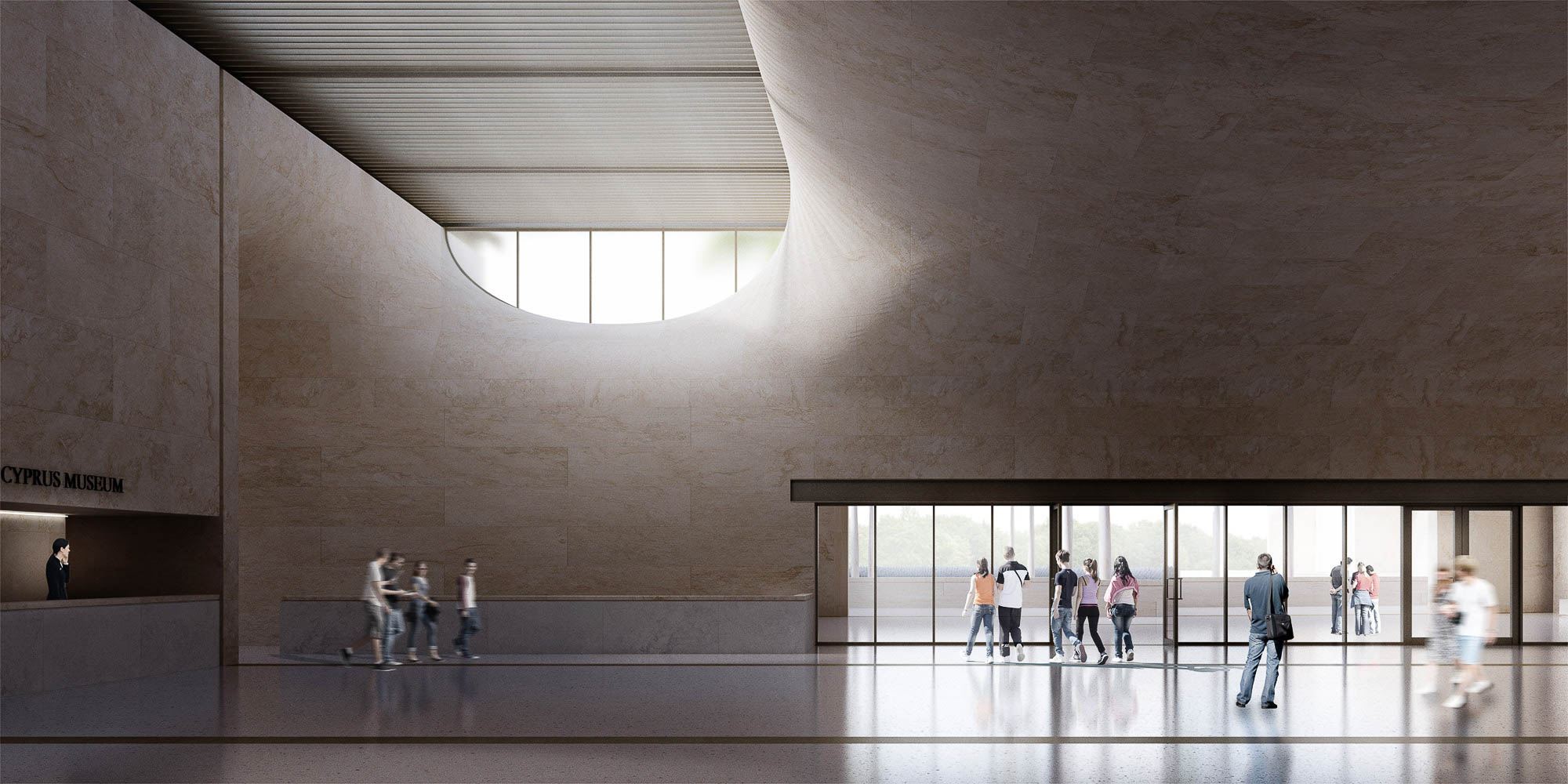 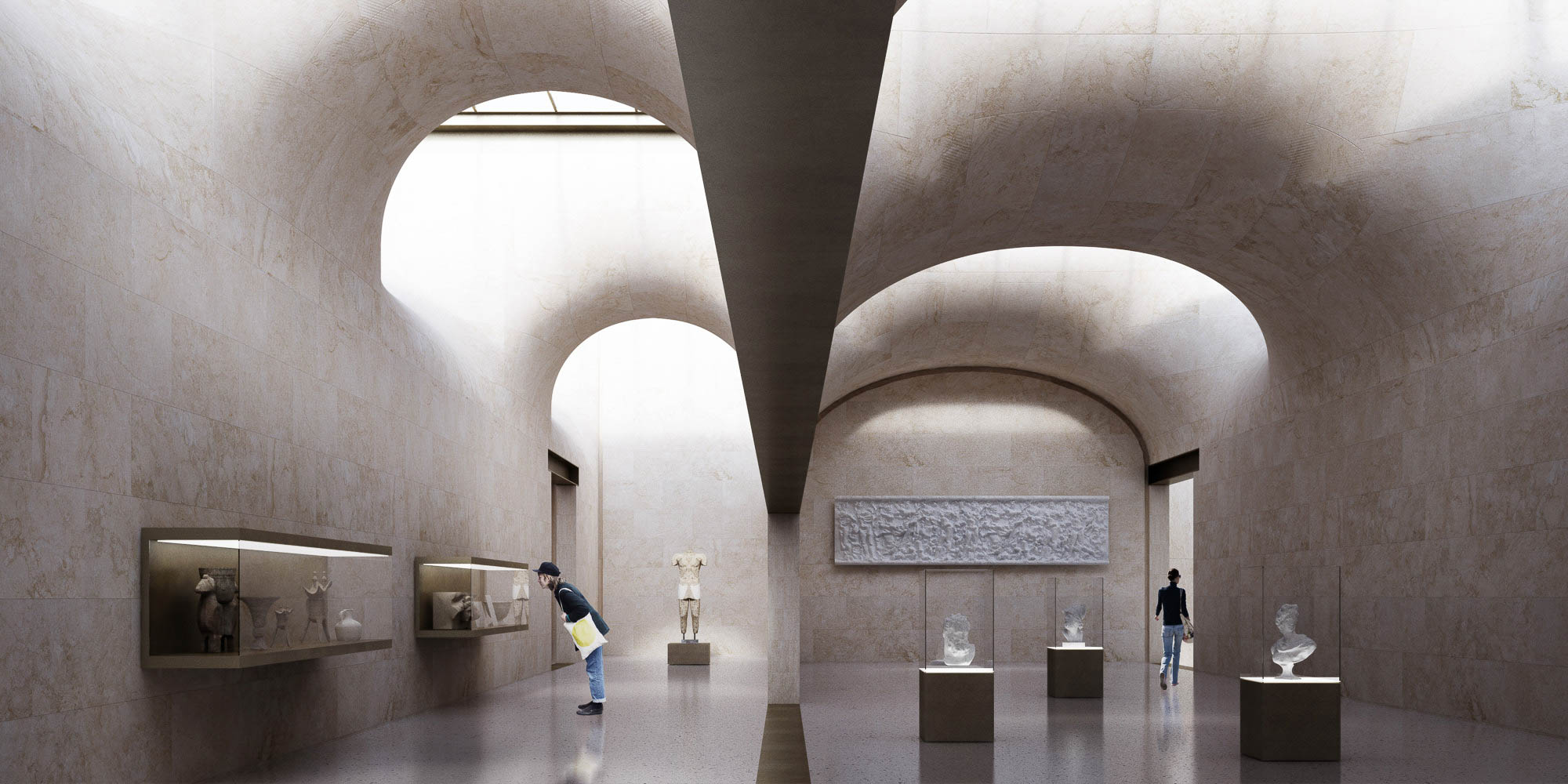 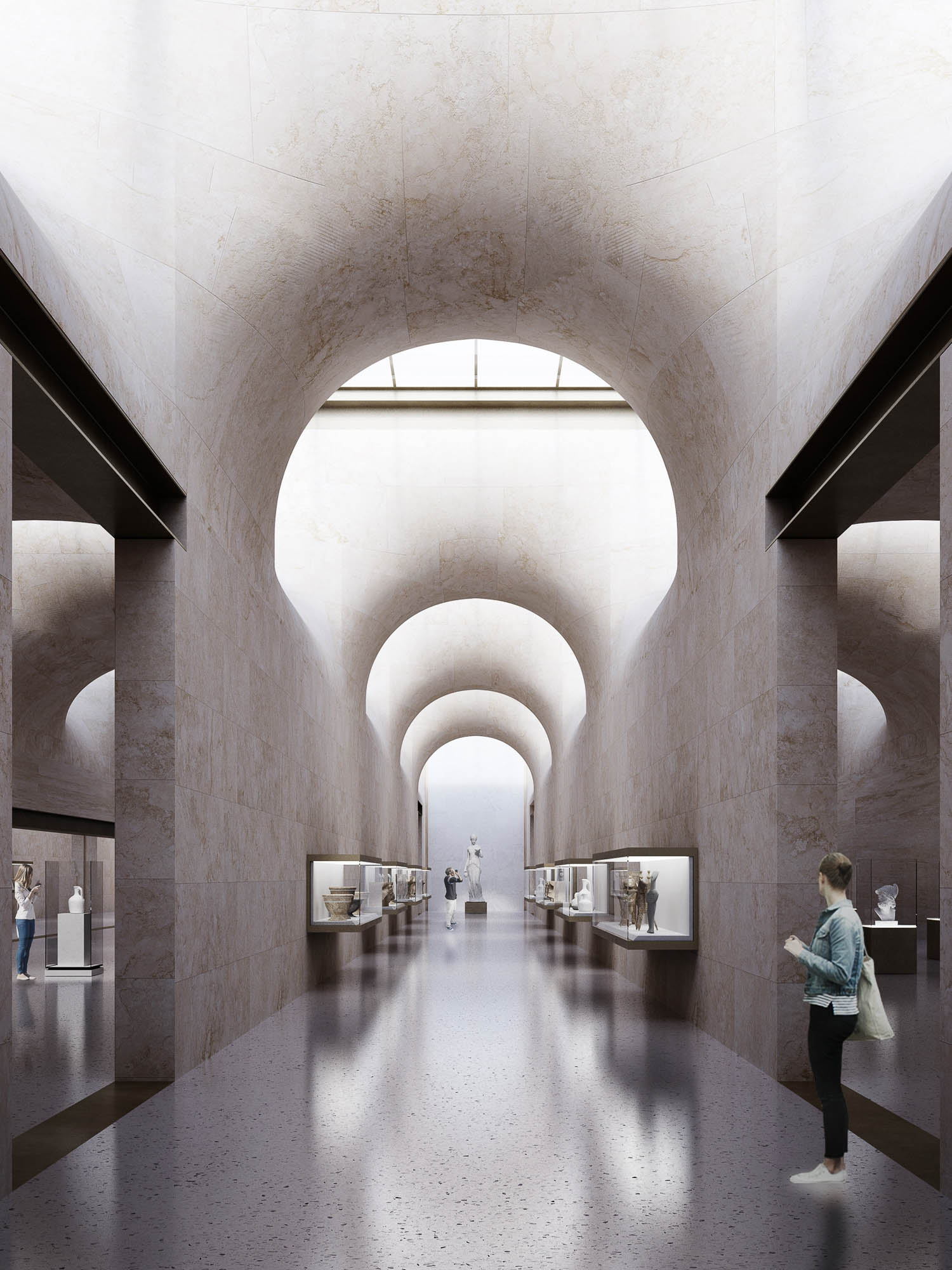 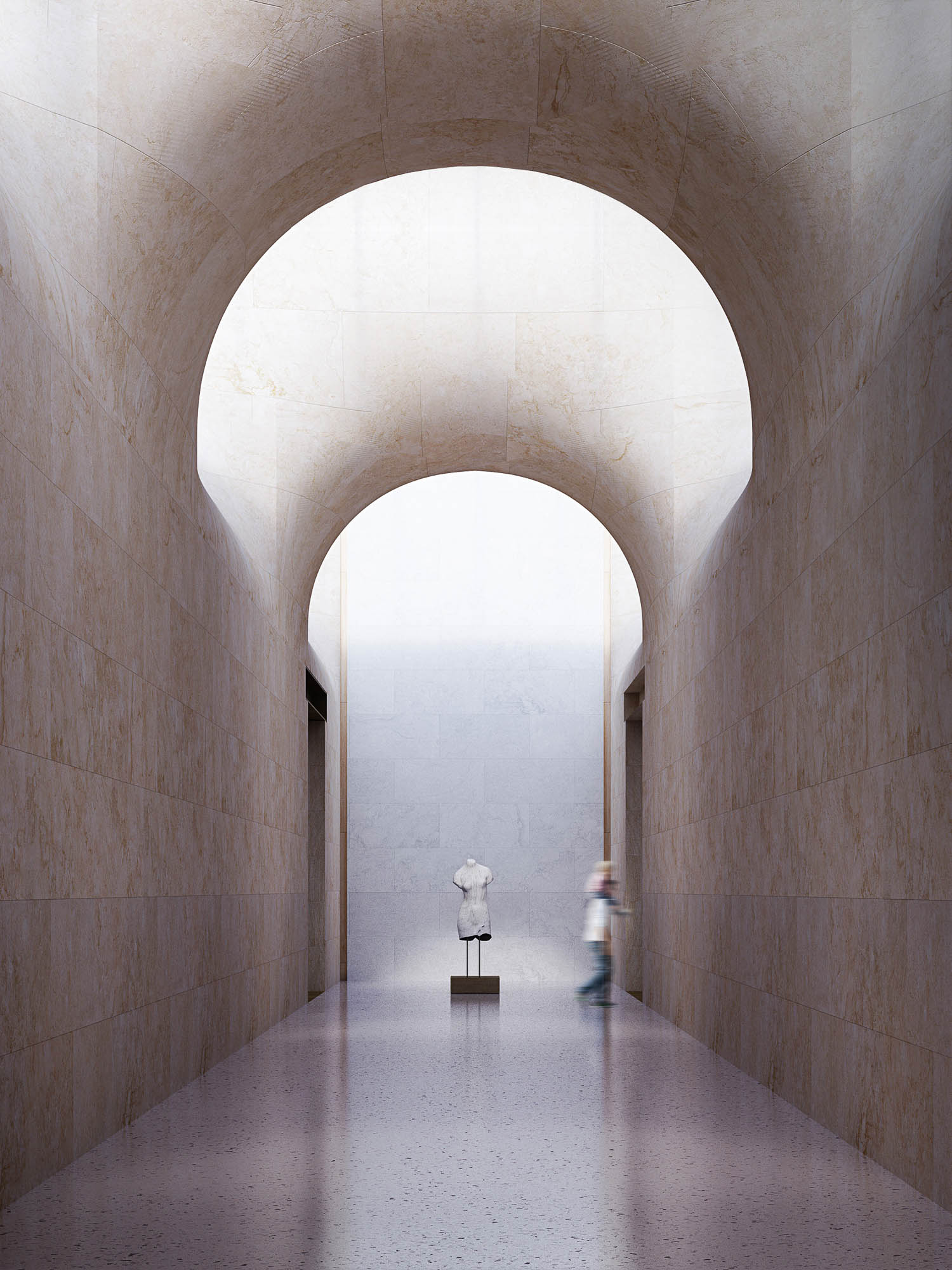 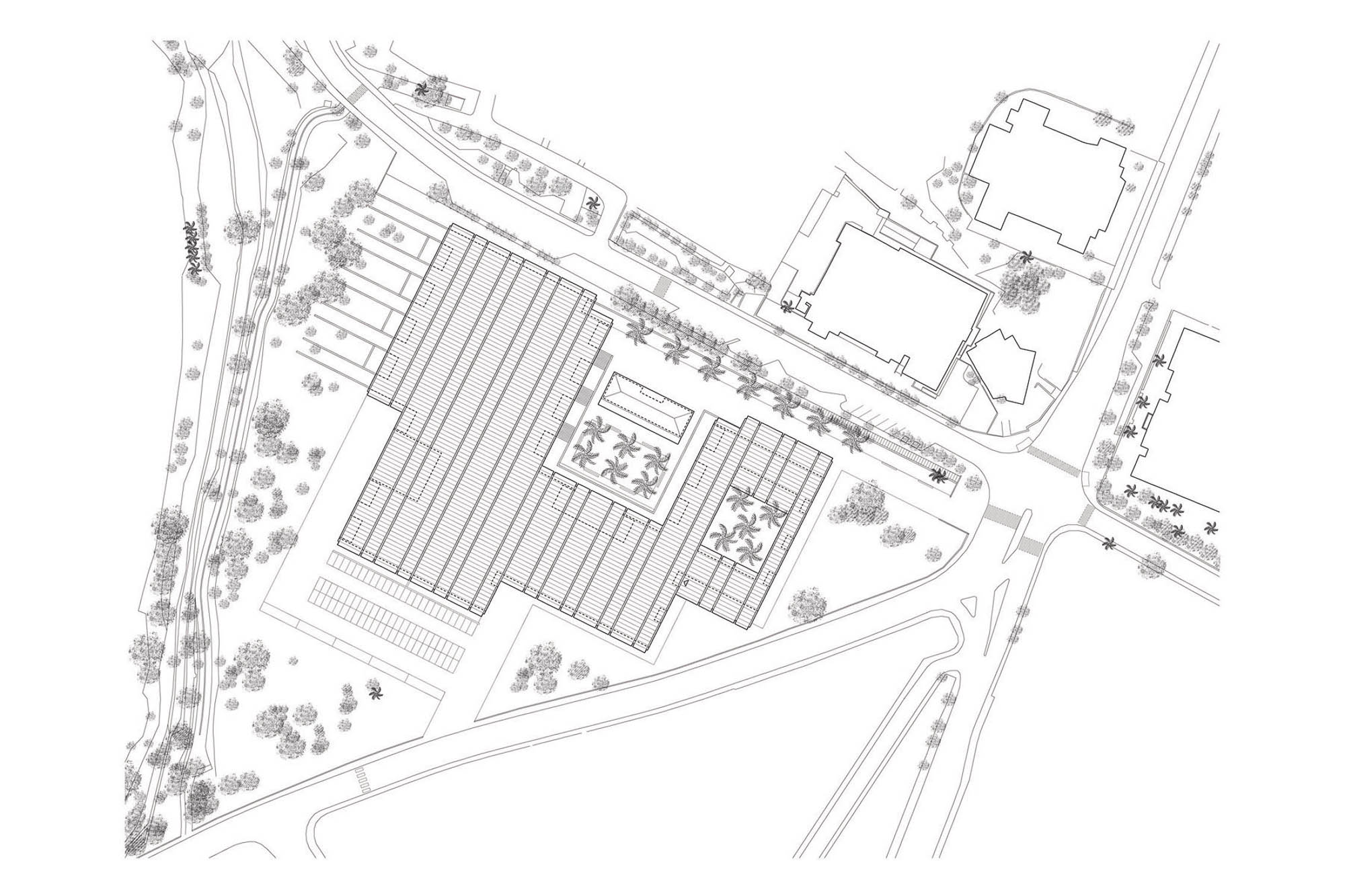 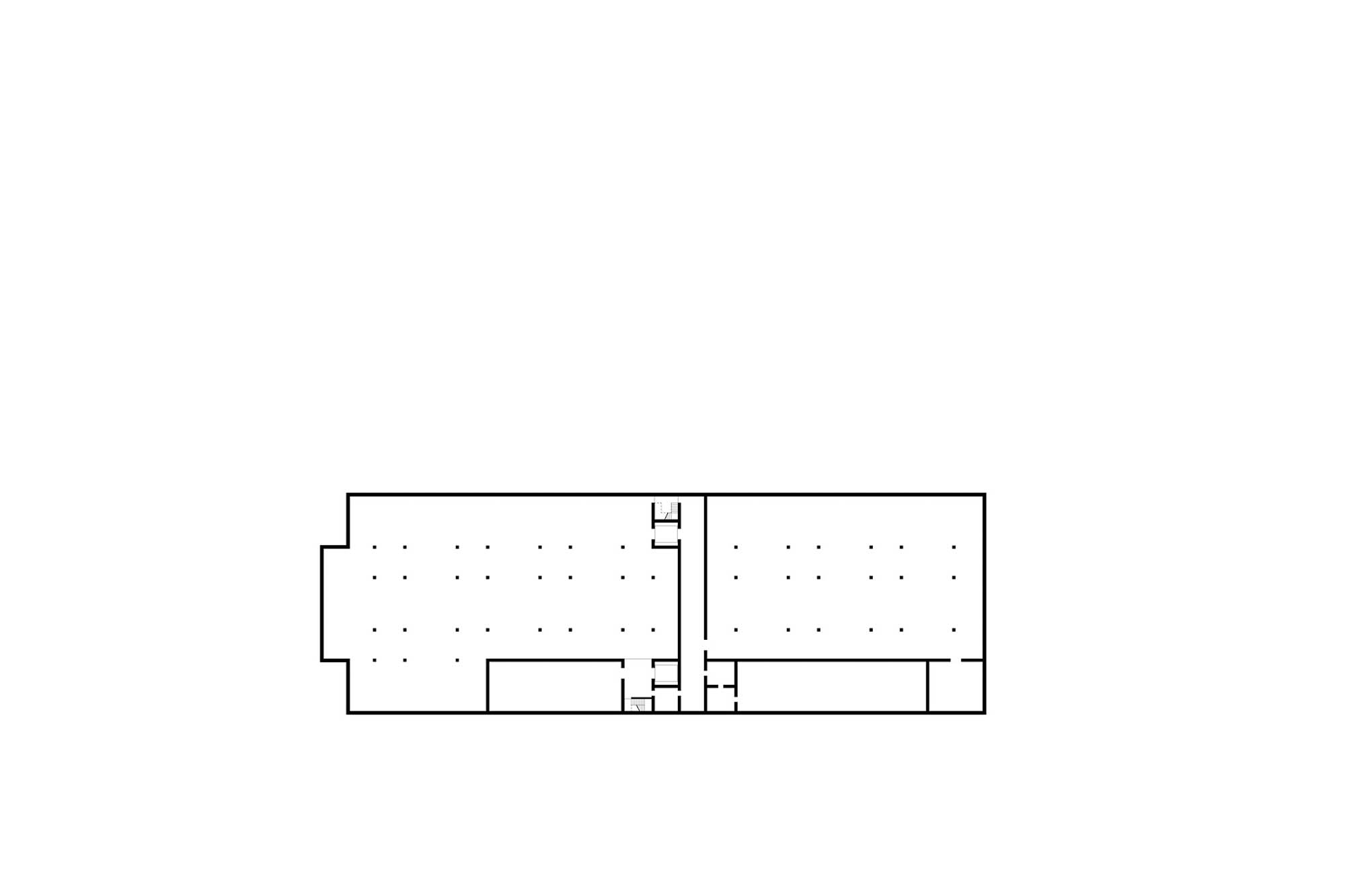 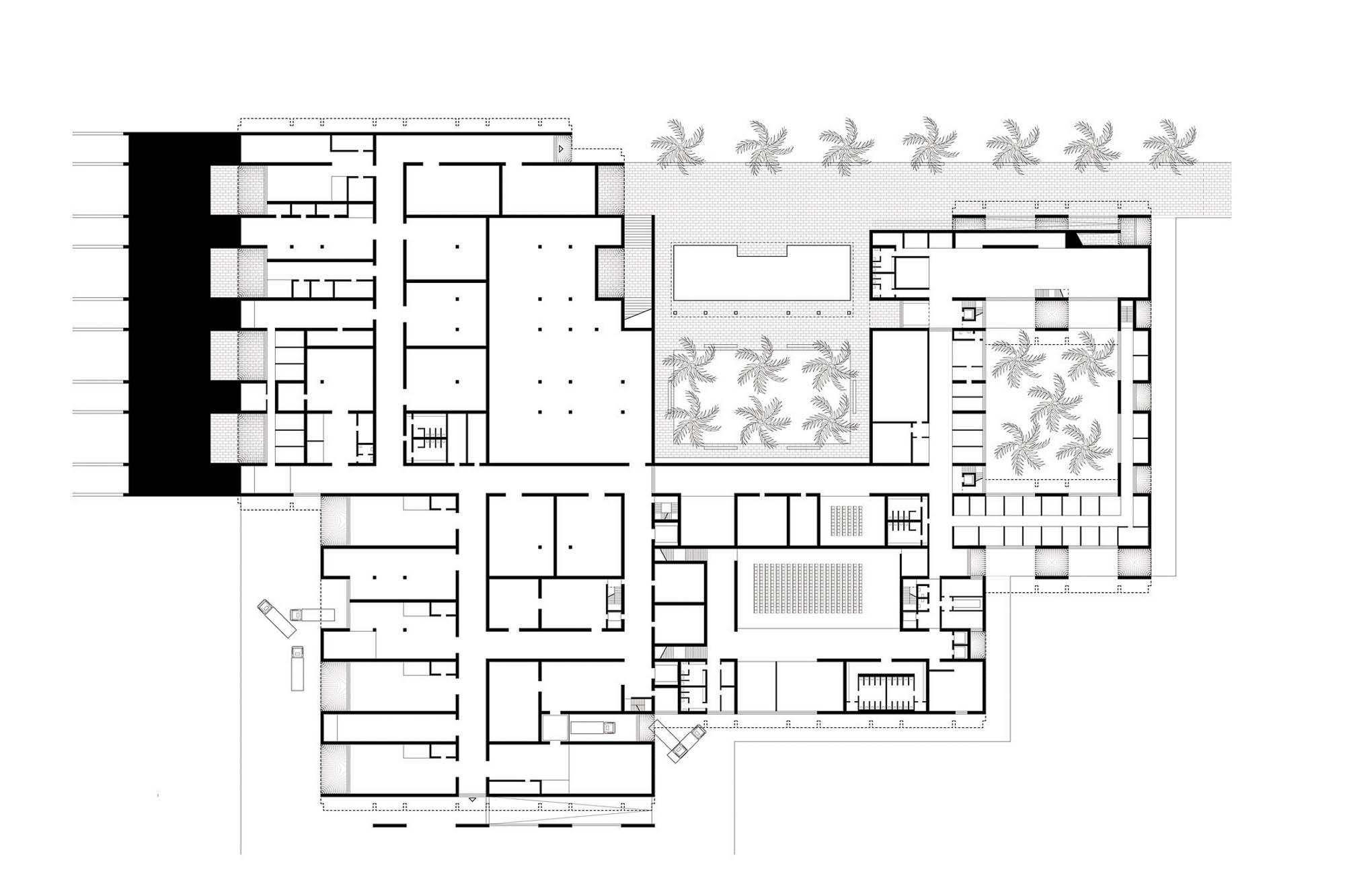 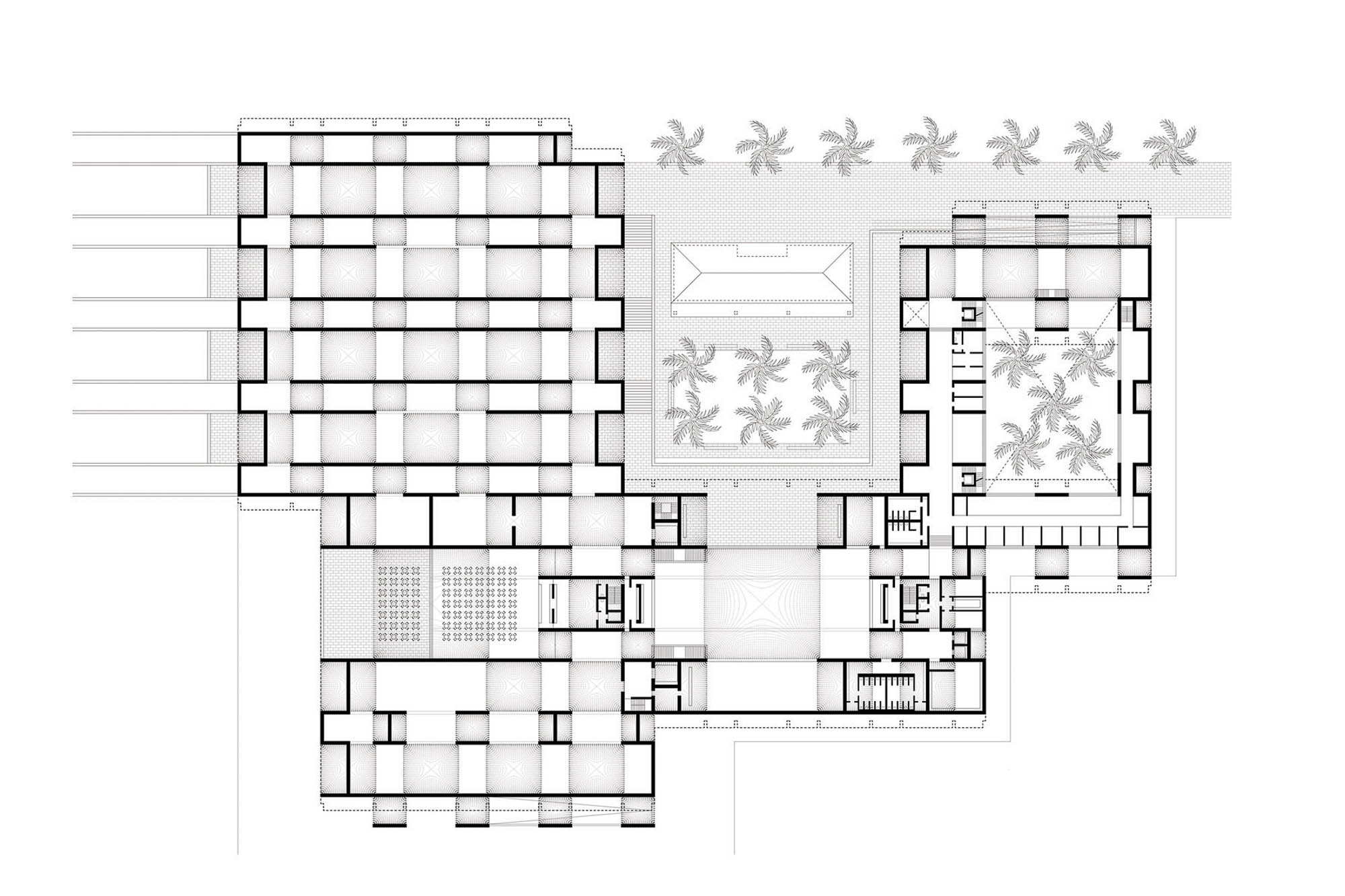 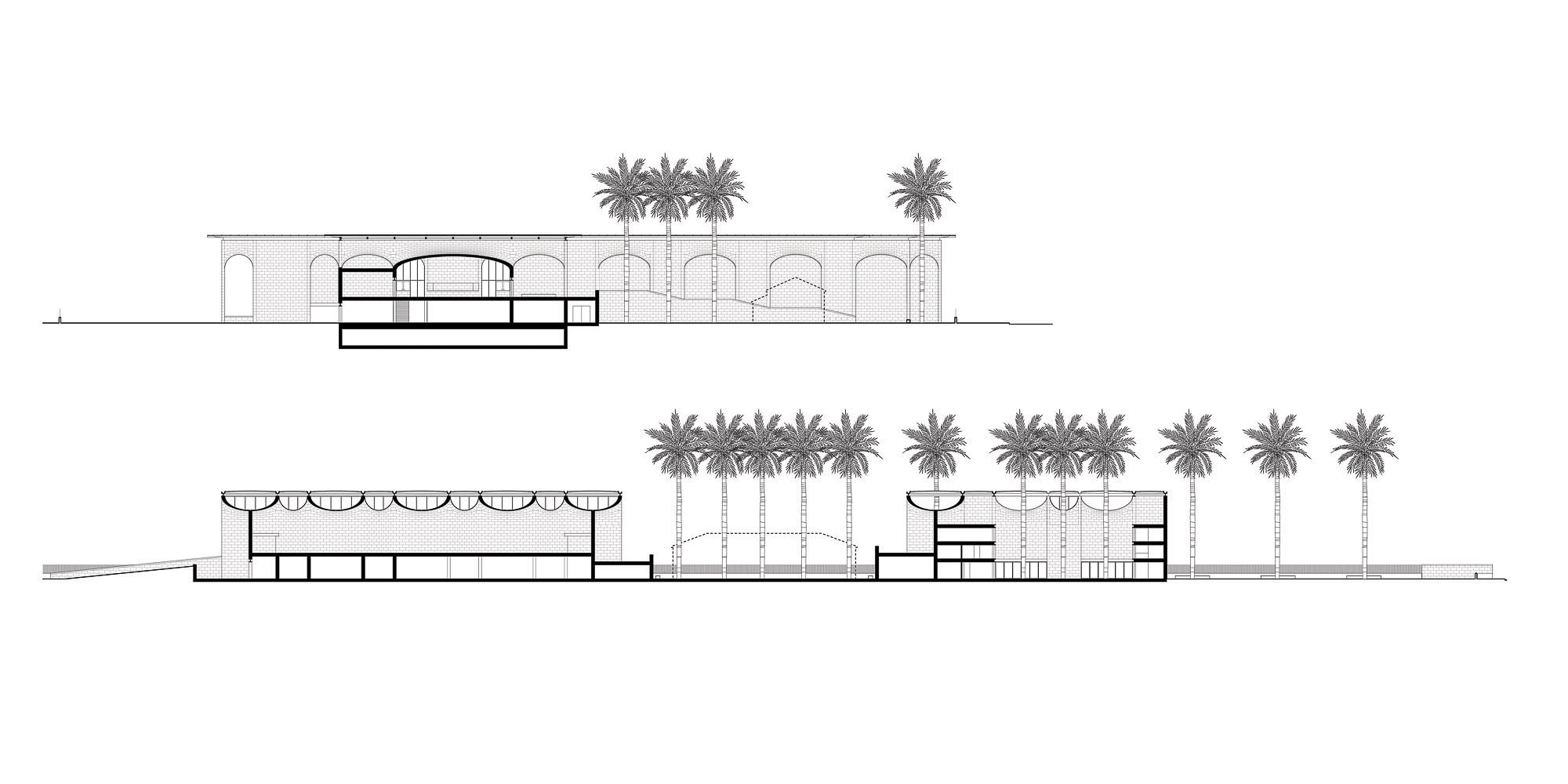 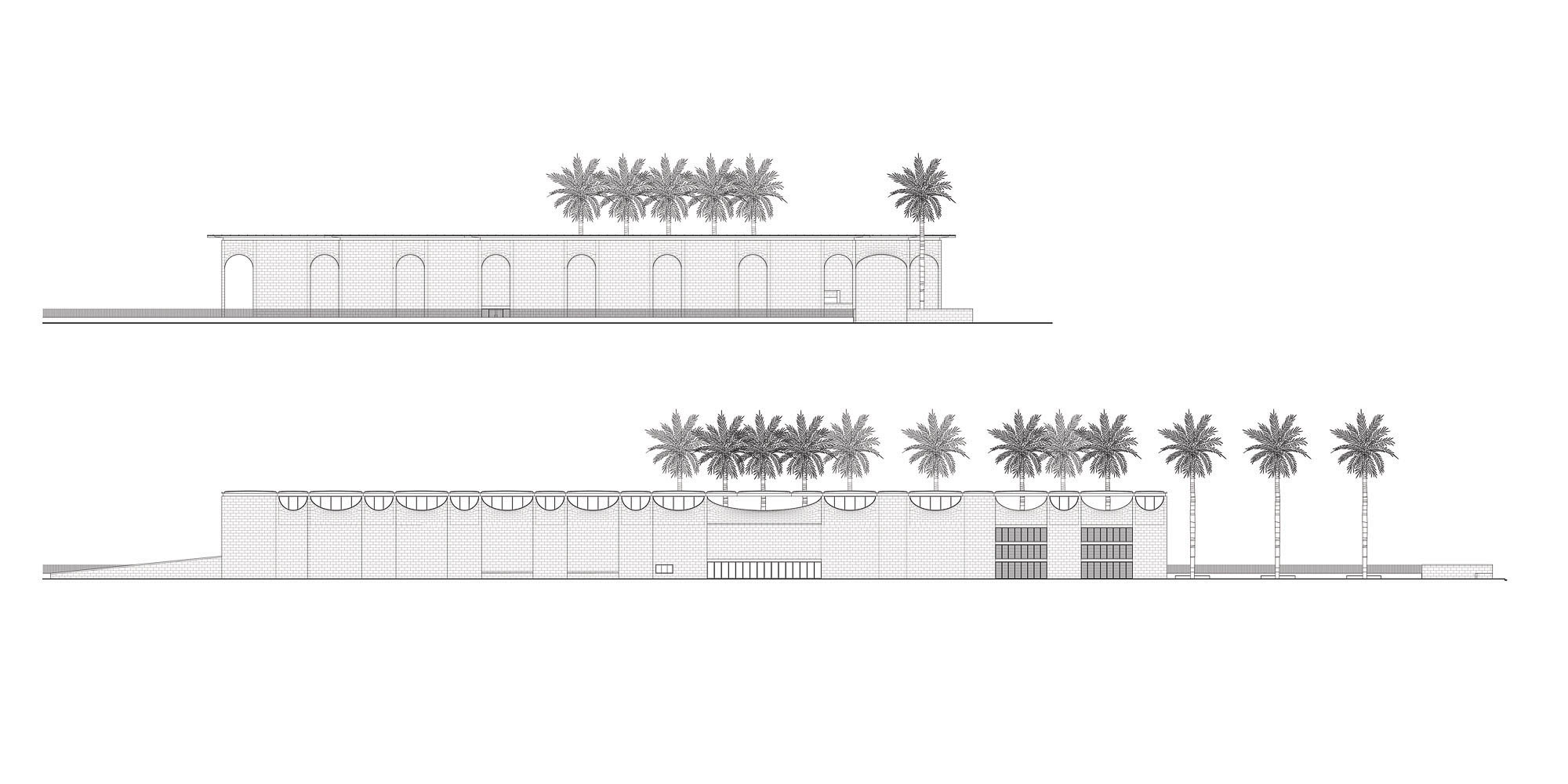 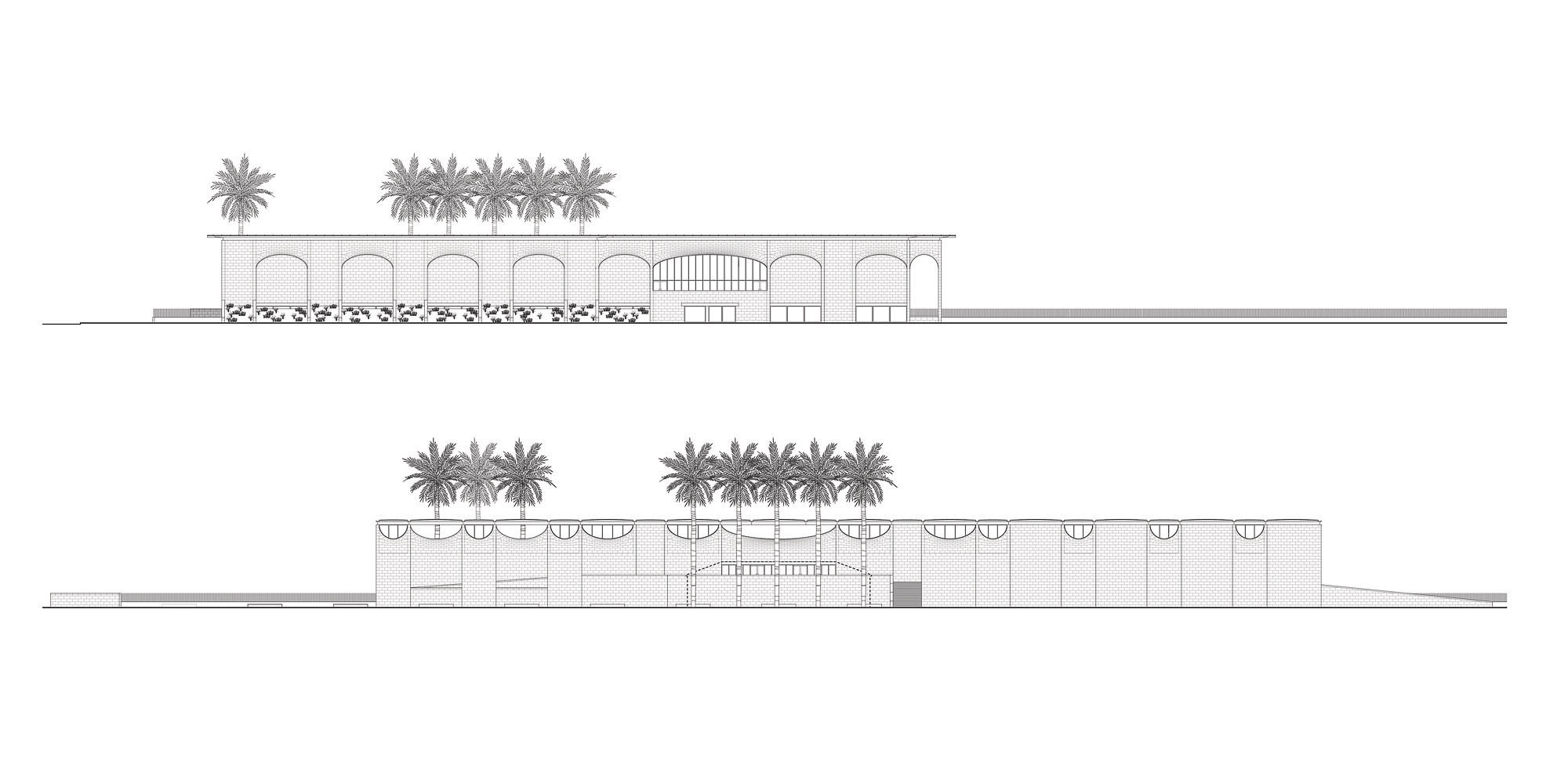 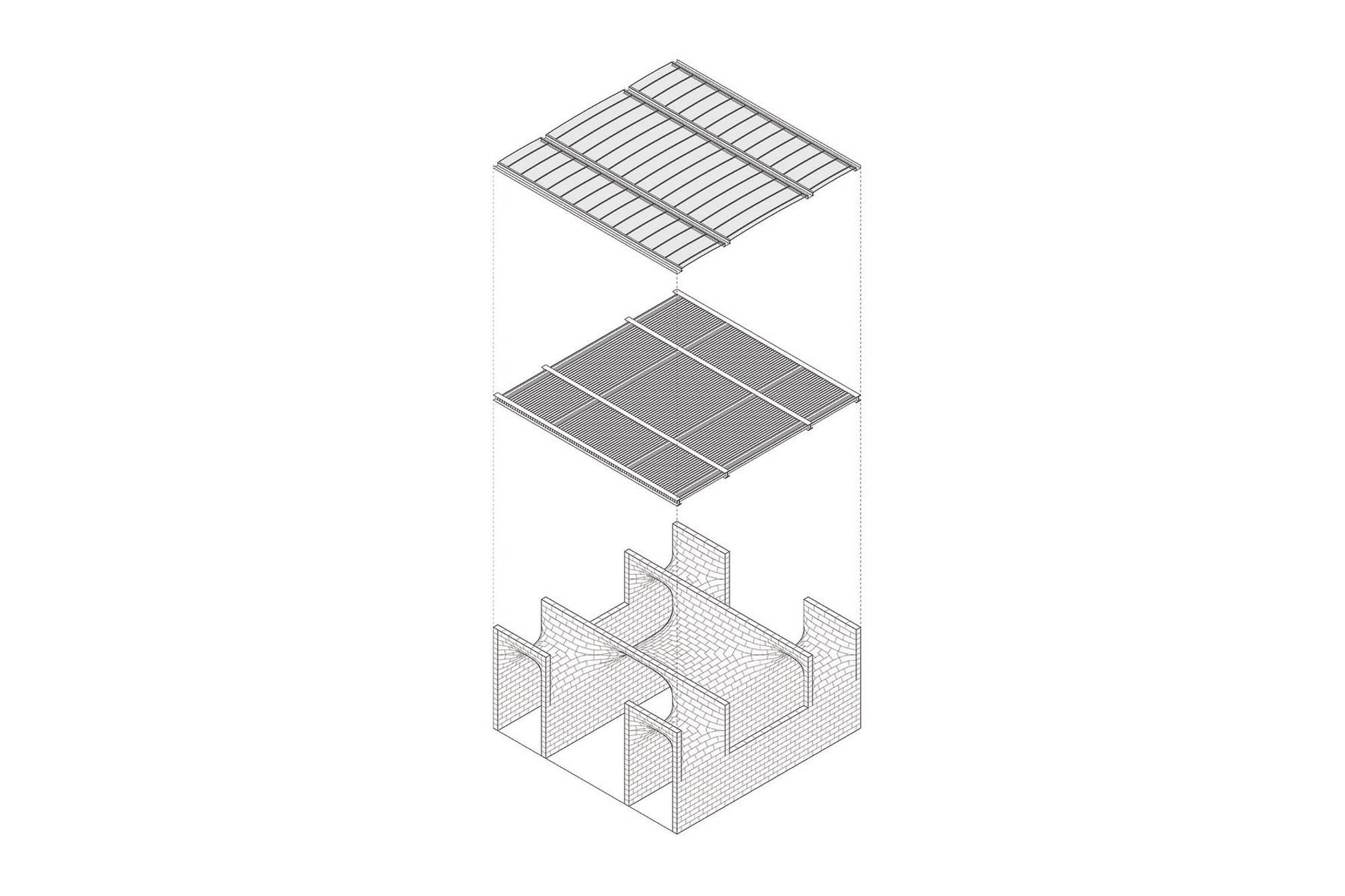 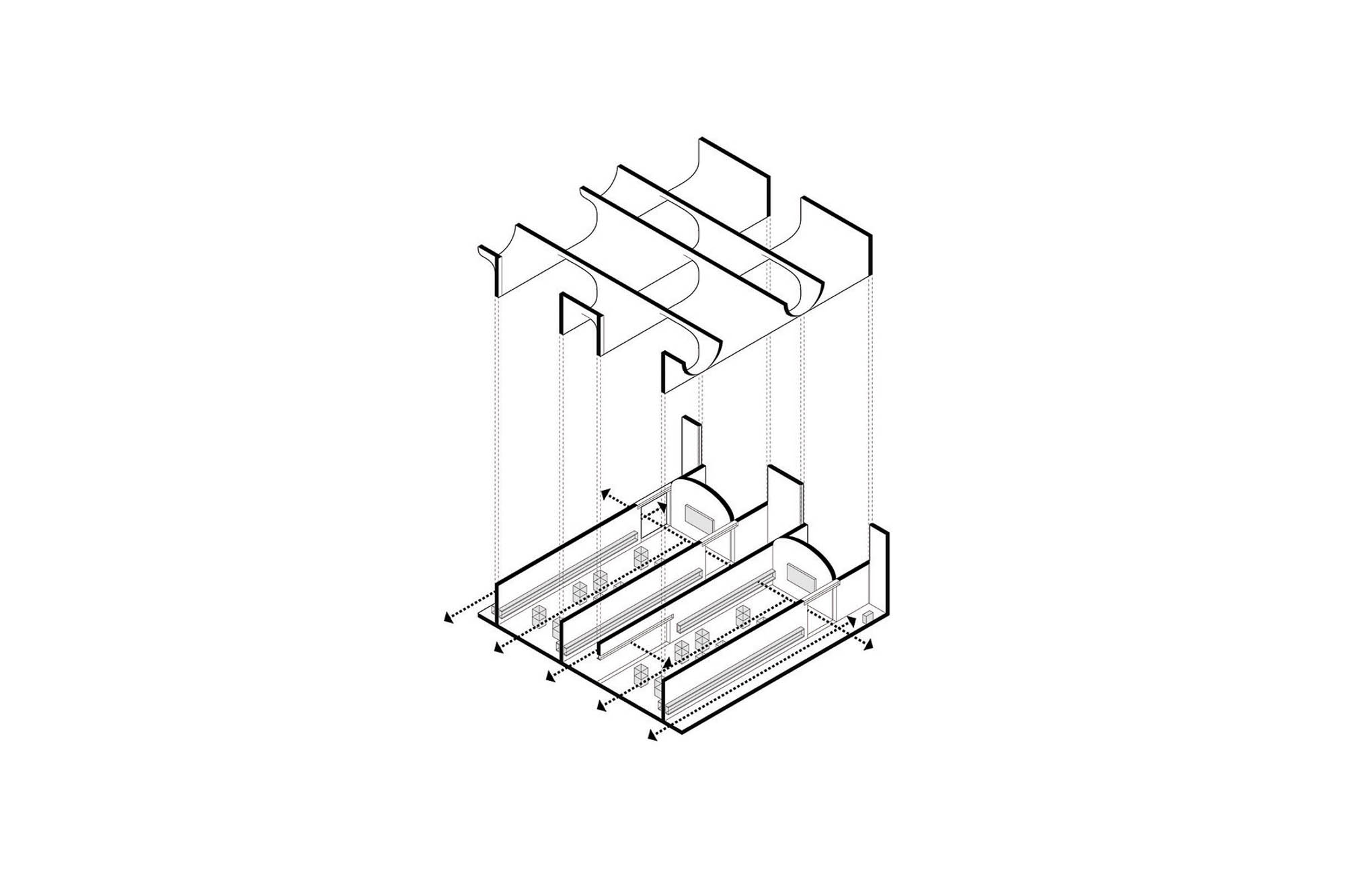 Conceived as the new centrepiece of Nicosia’s cultural district, our proposal for the New Cyprus museum is a contextual response to the site’s rich historical, cultural, and ethnographic layering– creating an urban icon that is, at once, timeless in its architectural language, and innovative in its museographical approach.
At an urban level, the scheme recognises the need to establish a clear connection to the fabric of the city and the existing Cyprus Museum to the east, whilst integrating the adjacent riverside and surrounding parkland to the west. Acknowledging the complexity of the program, as well as the aspiration of interrelating the exhibition with the public functions of the building, the proposal is organised as a series of interweaving vaults of varying modular proportions that run along an east west axis. The scale, proportion, and modularity of these vaults provides a flexible space-planning solution, unifies the programme under one cohesive architectural language, and defines a clear spatial hierarchy throughout the project. Behind the thickness of its solid facade lies a rich choreography of light and shadow– defining spaces that, by virtue of their scale, proportion and materiality, will enhance and dignify the collection on display.
In terms of the exhibition itself, the project recognises the importance of producing a coherent, readable narrative that will allow users to experience Cyprus’ rich art-historical chronology without imposing a strictly linear organisation. Exhibition halls are modulated along an east-west axis, yet incorporate large apertures that allow visitors to seamlessly move laterally between halls. In this way, the building breaks apart from linear organisational strategies, and encourages visitors to engage in a process of discovery. This allows them to produce their own interpretation of the exhibit and, by extension, of the building hosting it.

DATA
Client: Department of Public Works of the Ministry of Transport, Communications and Works, for and on behalf of the Republic of Cyprus
Use: Museum
Bldg. Area: 17,000 m2
Construction cost: €75,000,000
Status: 2 Stage International Design Competition