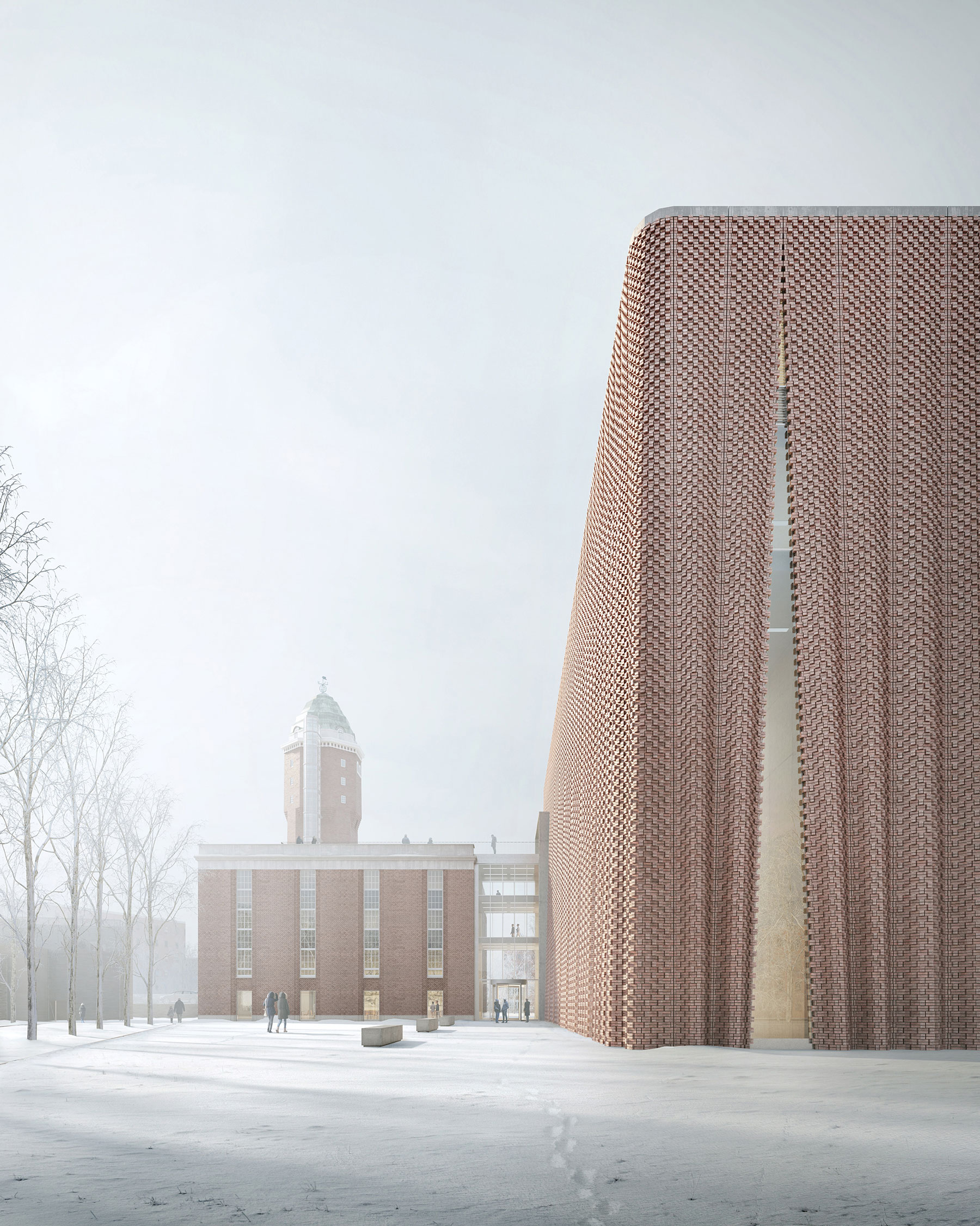 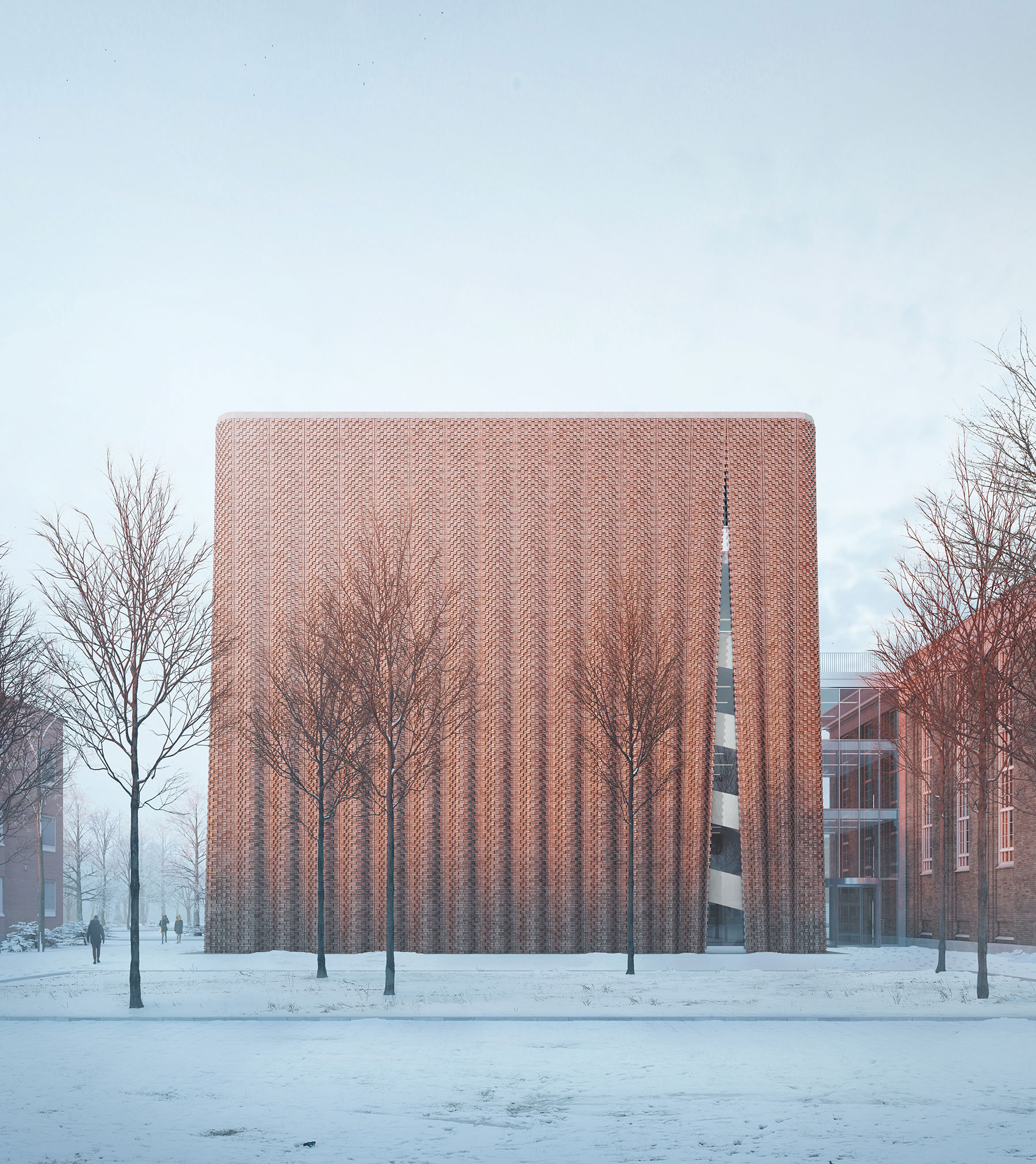 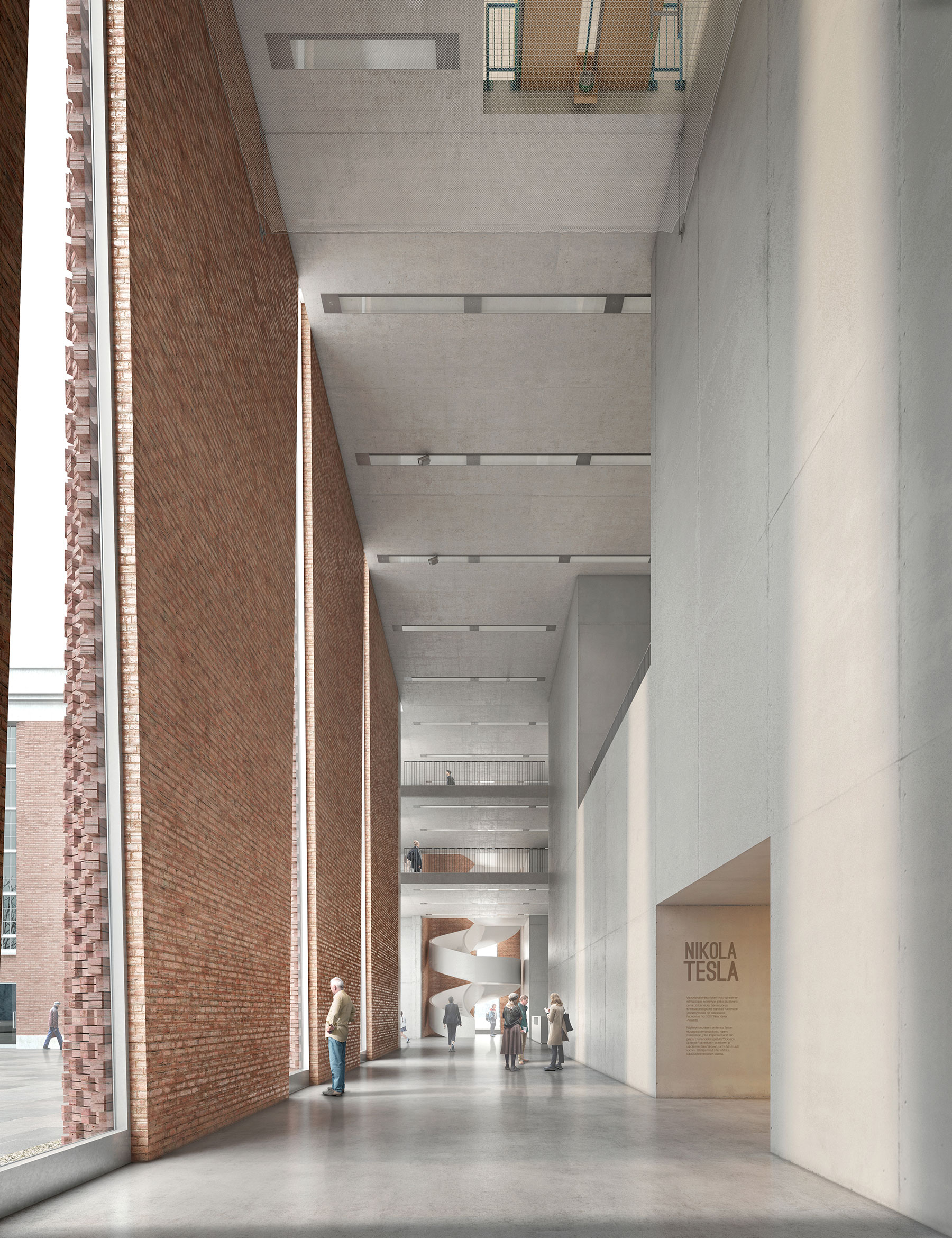 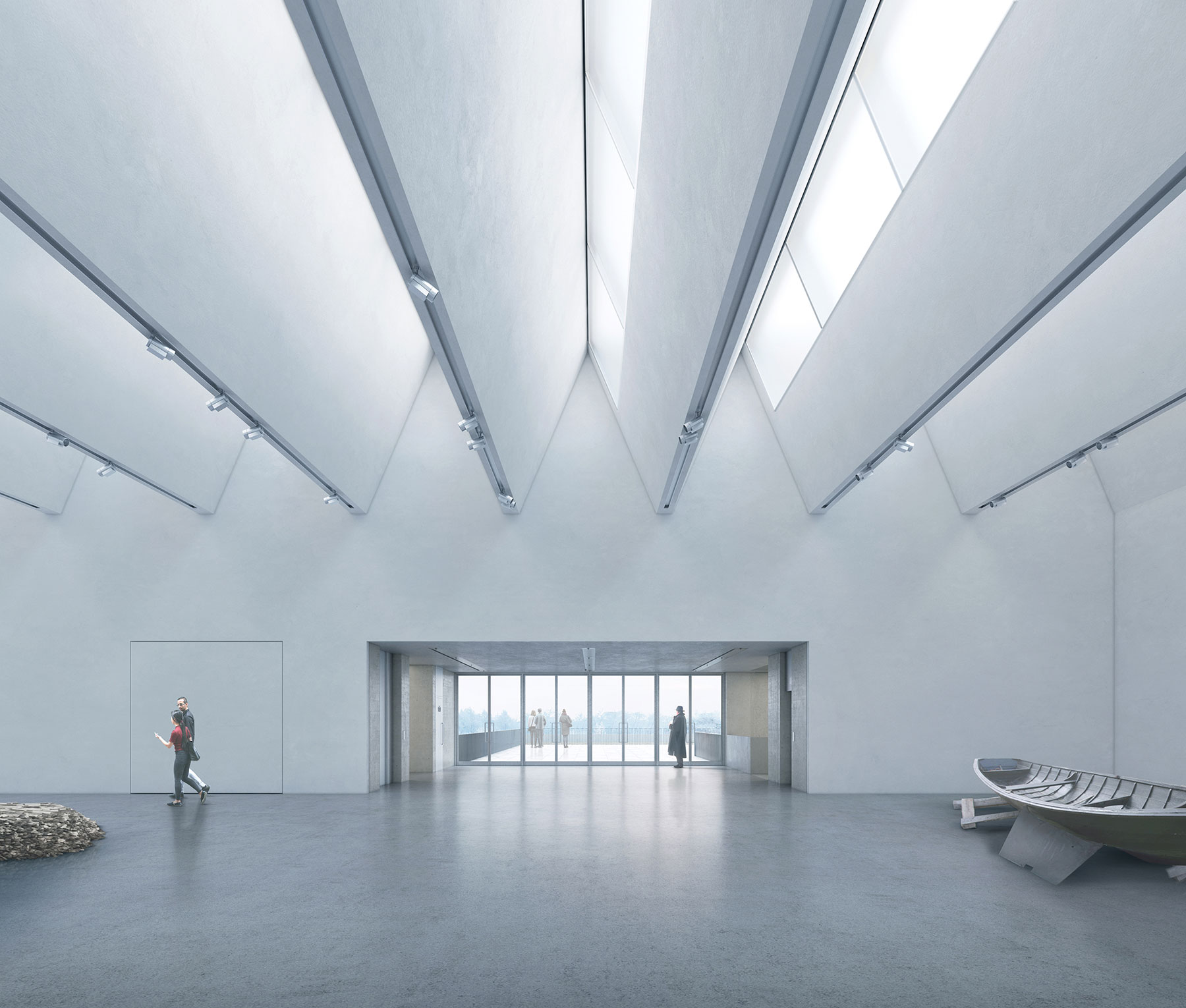 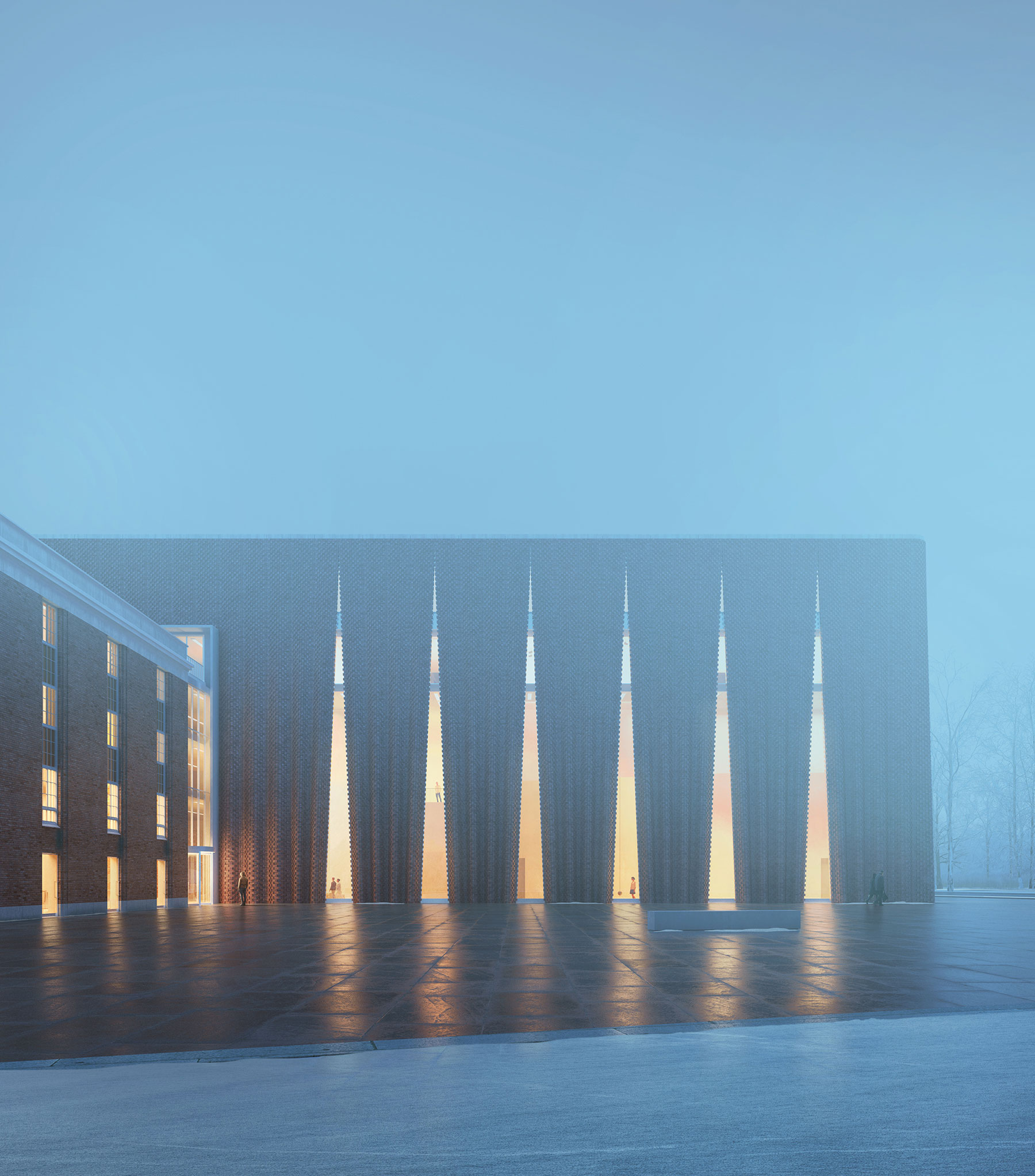 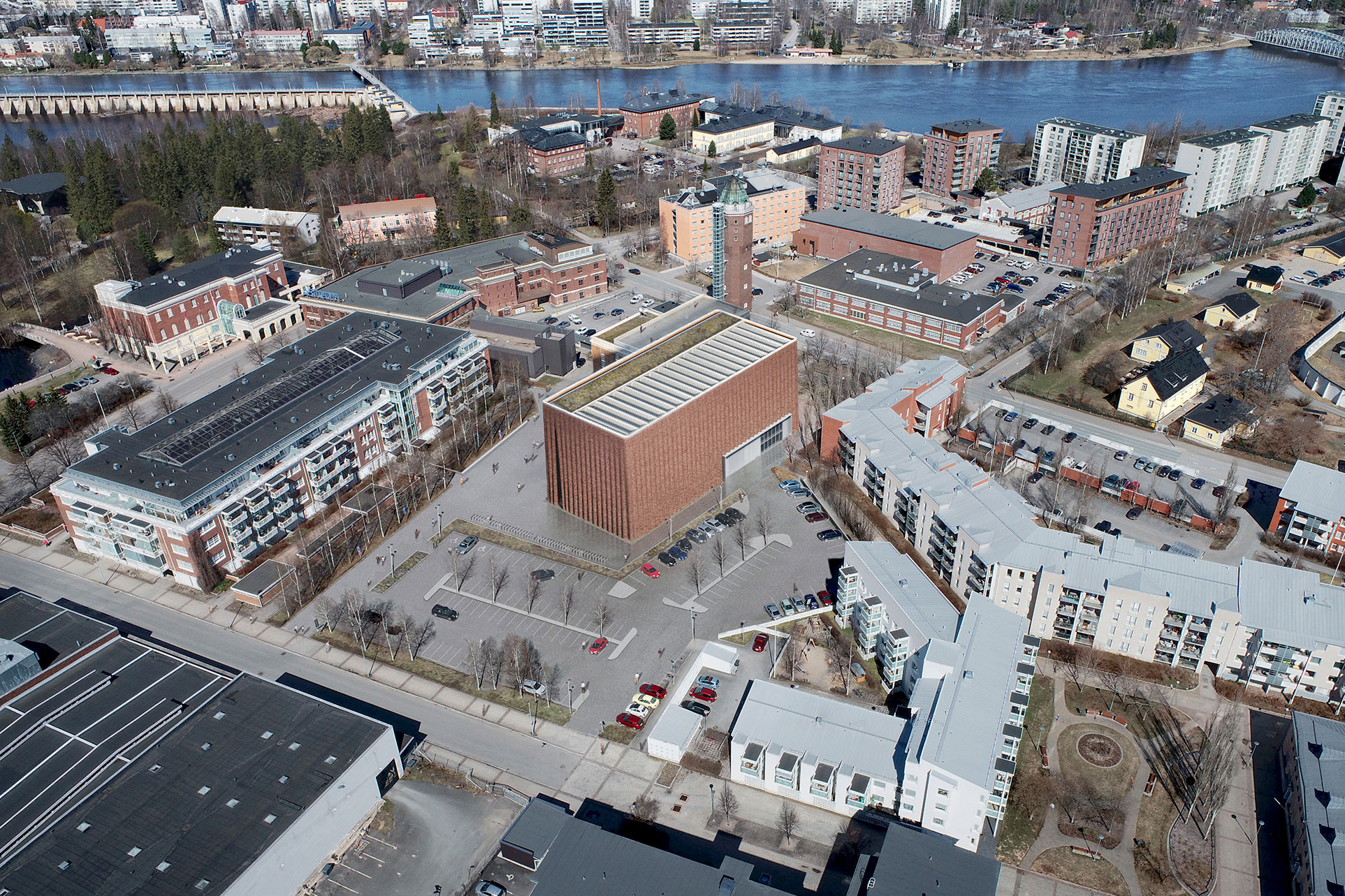 Conceived as the centrepiece of the new cultural hub comprising the Luupi Museum and Science Centre organization, as well as Tietomaa and the Museum of Northern Ostrobothnia, our proposal is a contextual addition to the urban fabric of the Myllytull district, enhancing the existing urban thresholds and creating an experience that is, at once, memorable and iconic.

Emerging as a monolith from its surrounding context, the museum features a simple and legible massing, its geometry and proportions carefully informed by the scale and rationality of the surrounding 19th century industrial buildings.

On an urban level the careful insertion of the new rectangular volume defines a new public plaza that frames the point of arrival for visitors arriving from Makasiinikatu, while seamlessly integrating with the existing pedestrian network. Here, the building façade gently pleats away as an urban scale curtain, offering glimpses of the various activities taking place within.

The museum’s bold volumetry stands in careful contrast with the richness and finesse of its exterior skin: a self-supporting brick façade designed to provide varying degrees of transparency and opacity, creating a protective enclosure that safeguards the exhibitions whilst providing carefully curated views of the surroundings. By virtue of its geometry, the facade’s corrugated form has inherent structural stiffness that allows it to exist as an independent system, endowing the building with a rich tectonic language.

The careful treatment of the building’s exterior not only harmonises the relationship between the new and the existing, but in fact further enhances Myllytull’s cultural identity by harkening back to the leather manufacturing industry that has characterised the area throughout history.

Owing to its richly layered setting, the museum’s dignified presence will not only make it a beacon for local visitors, but also an iconic part of the tourist experience for international visitors.