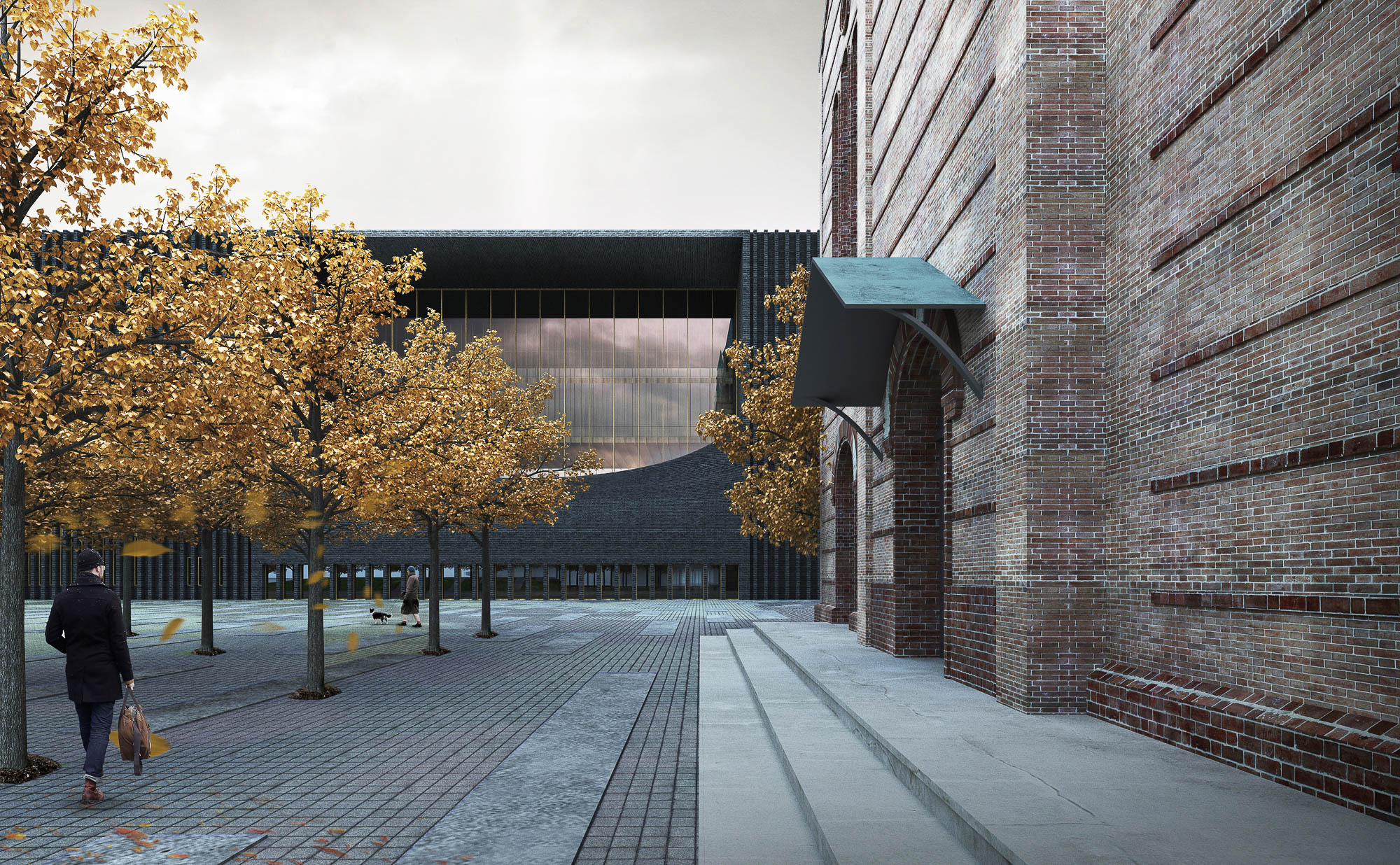 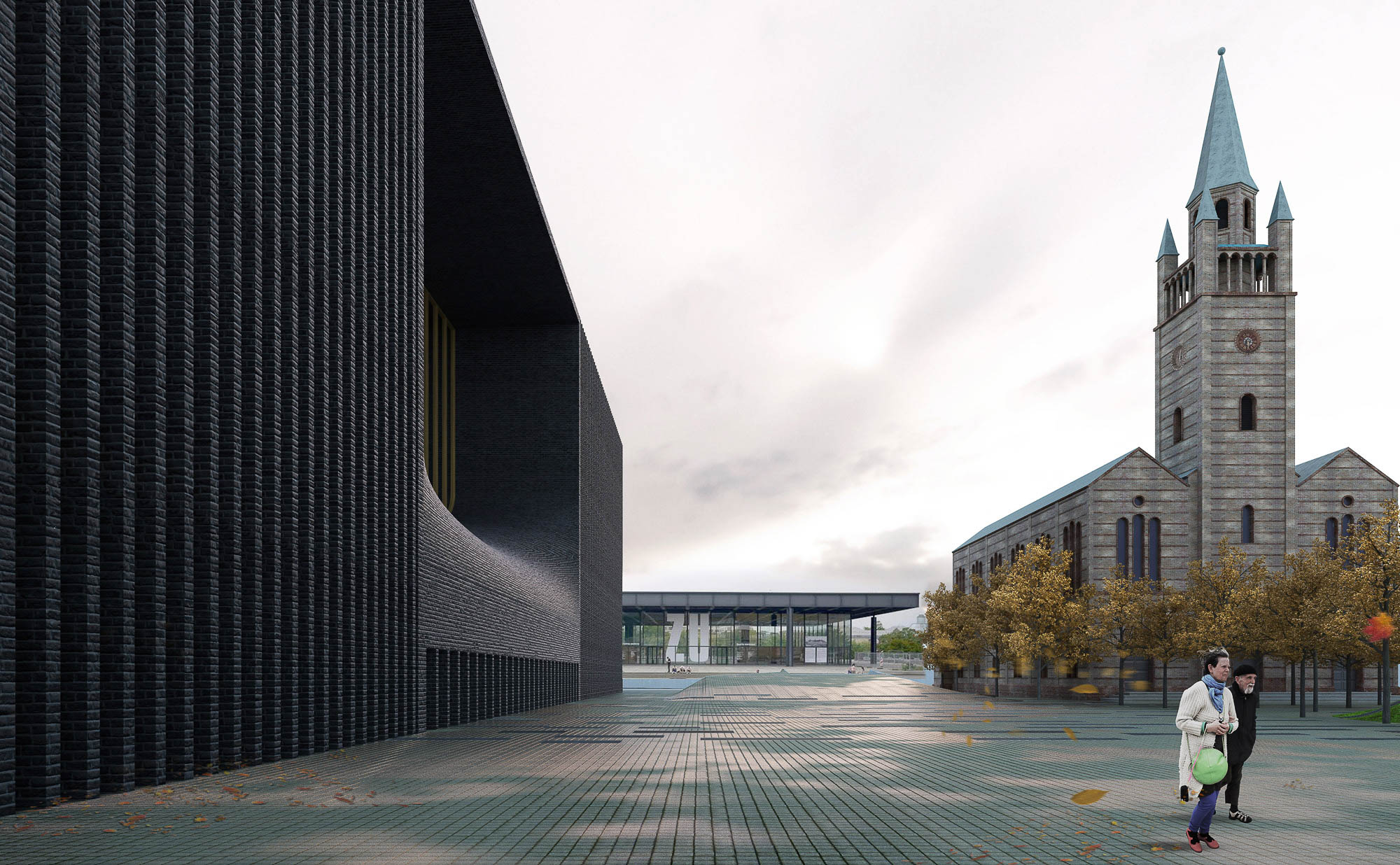 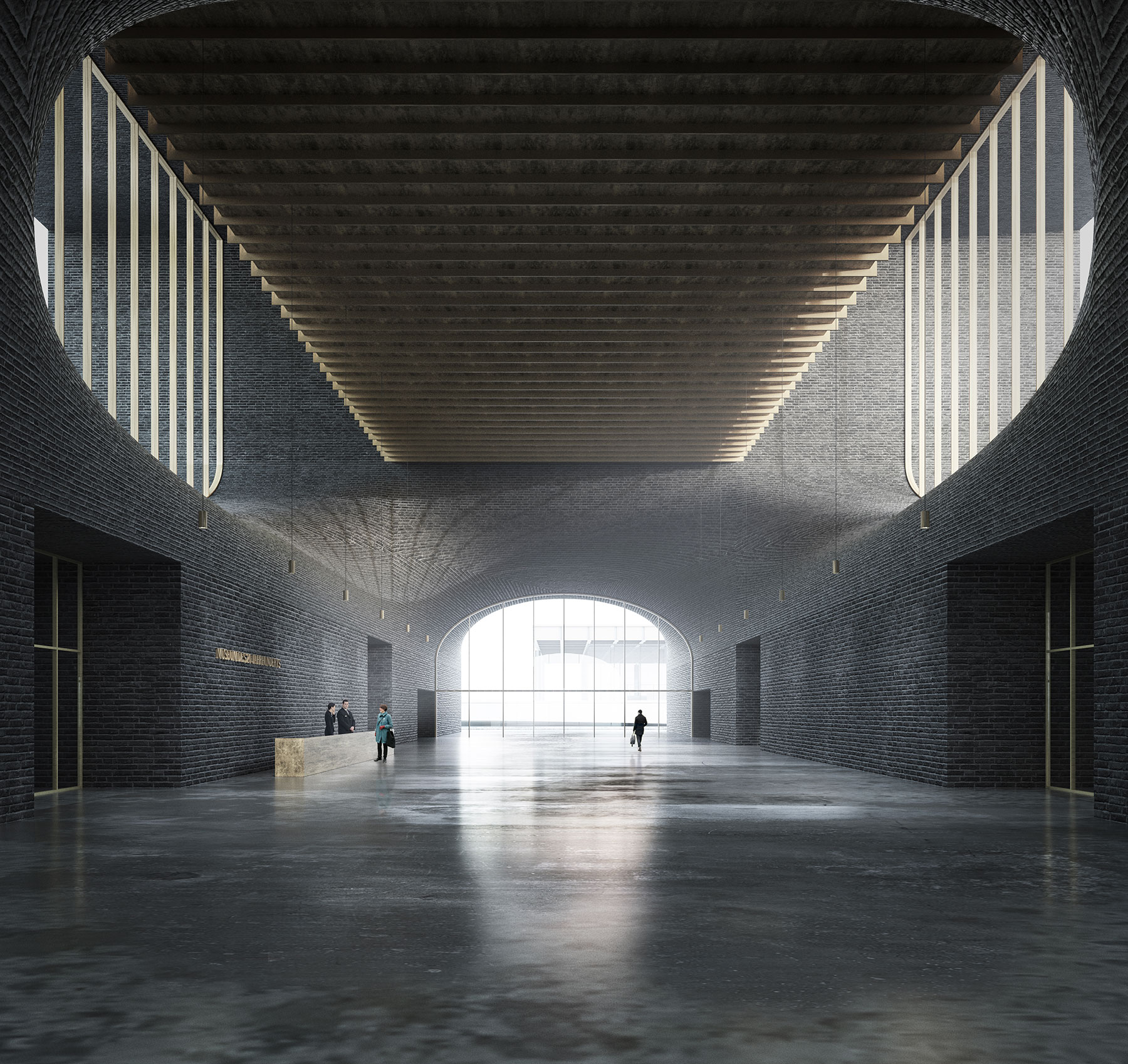 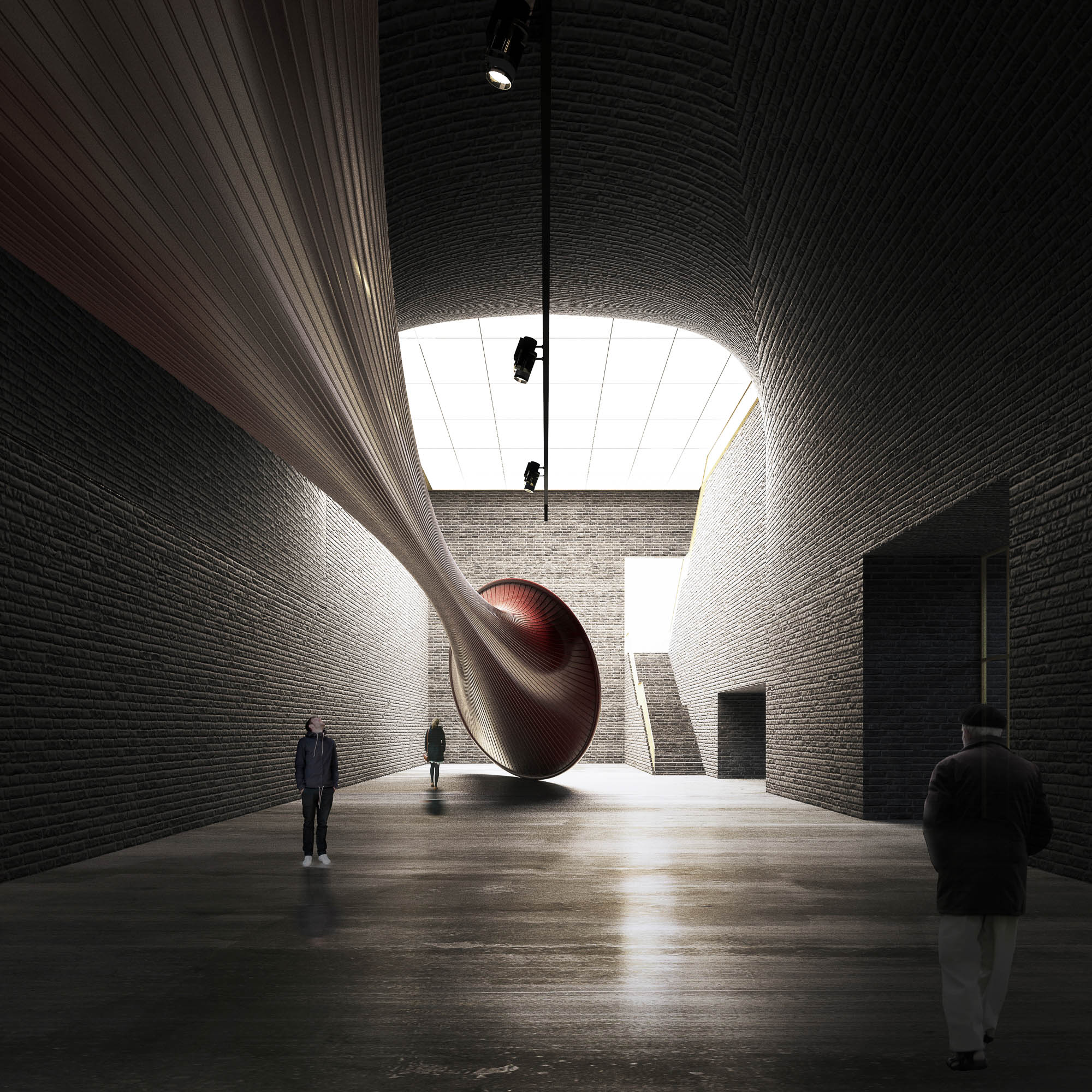 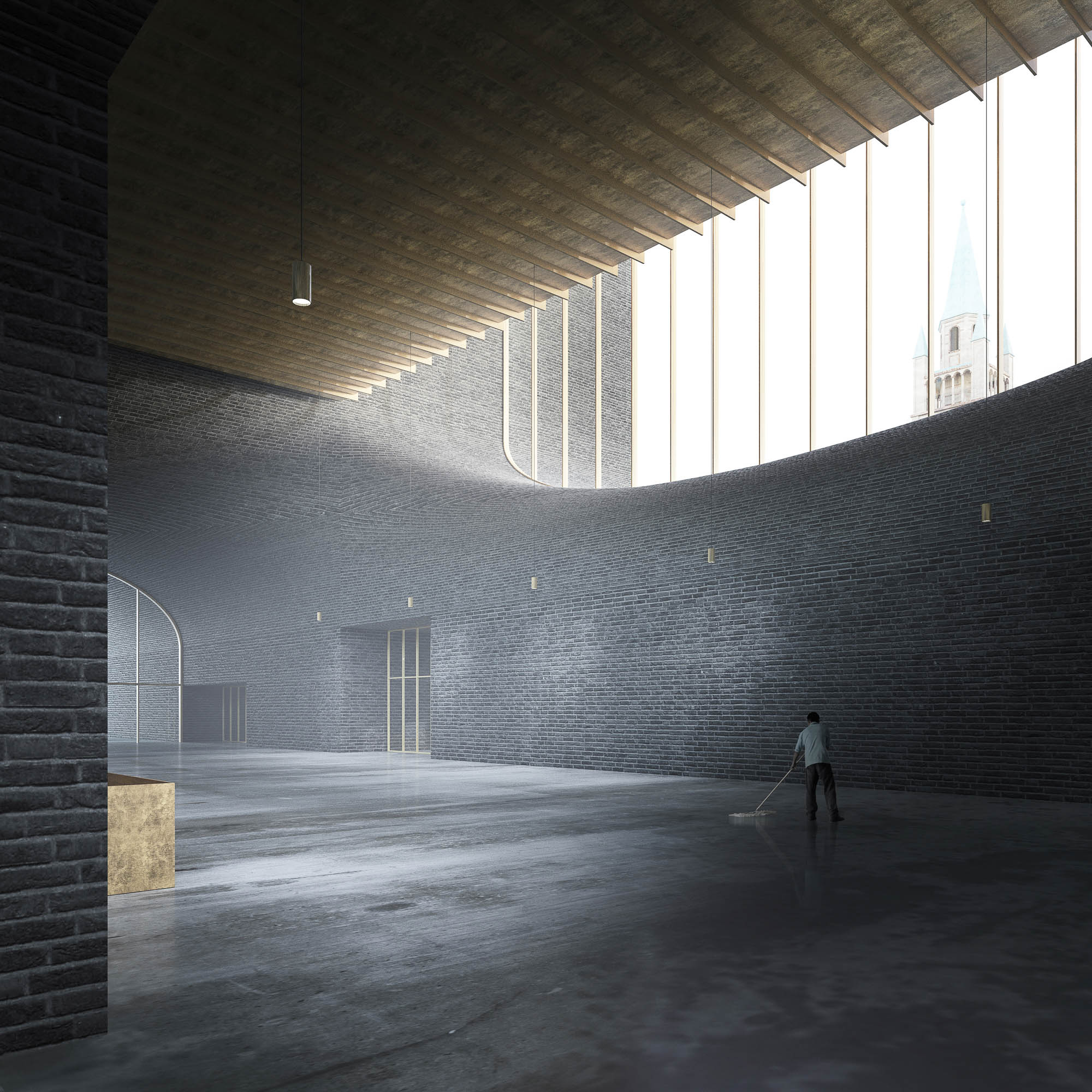 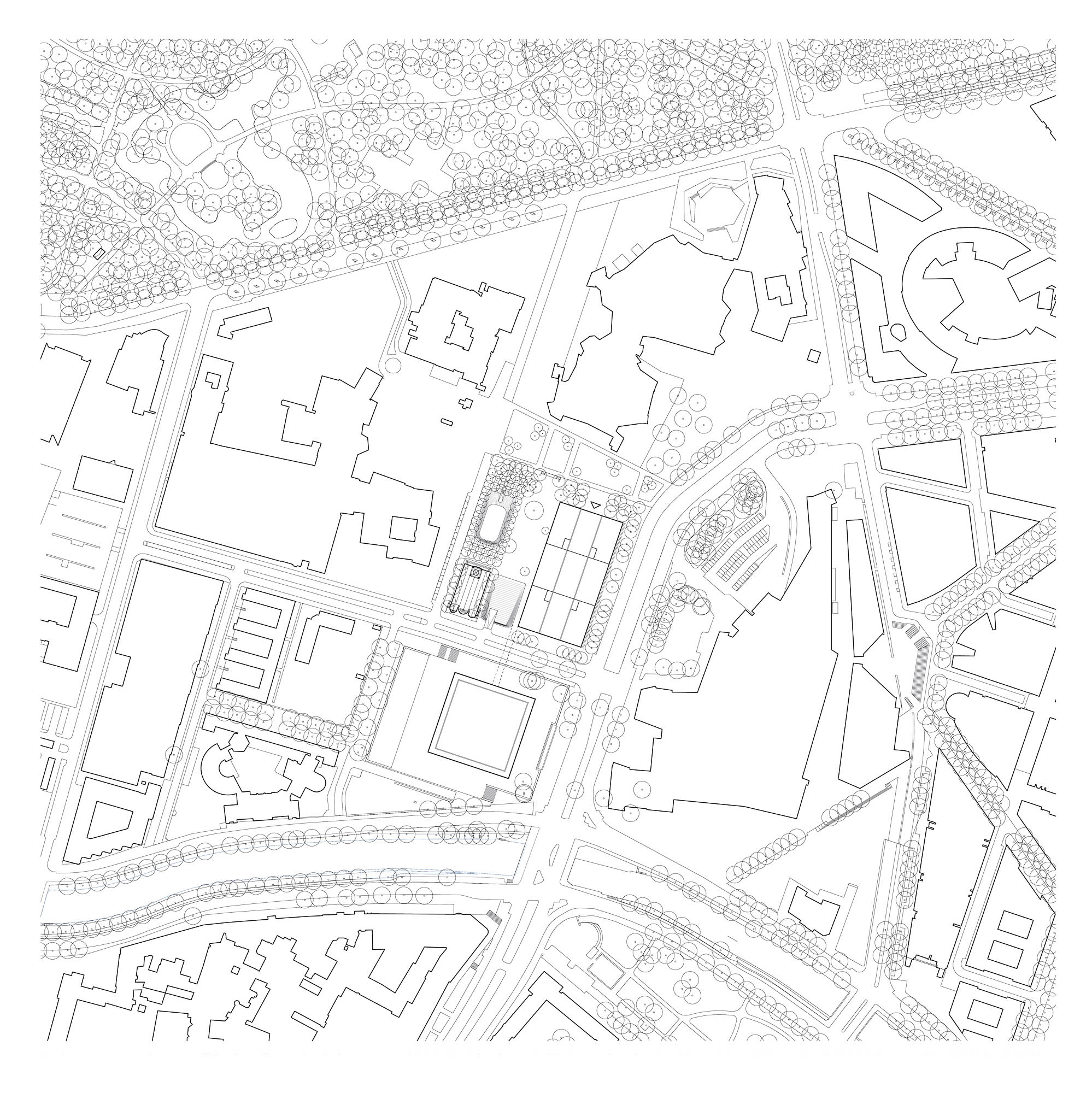 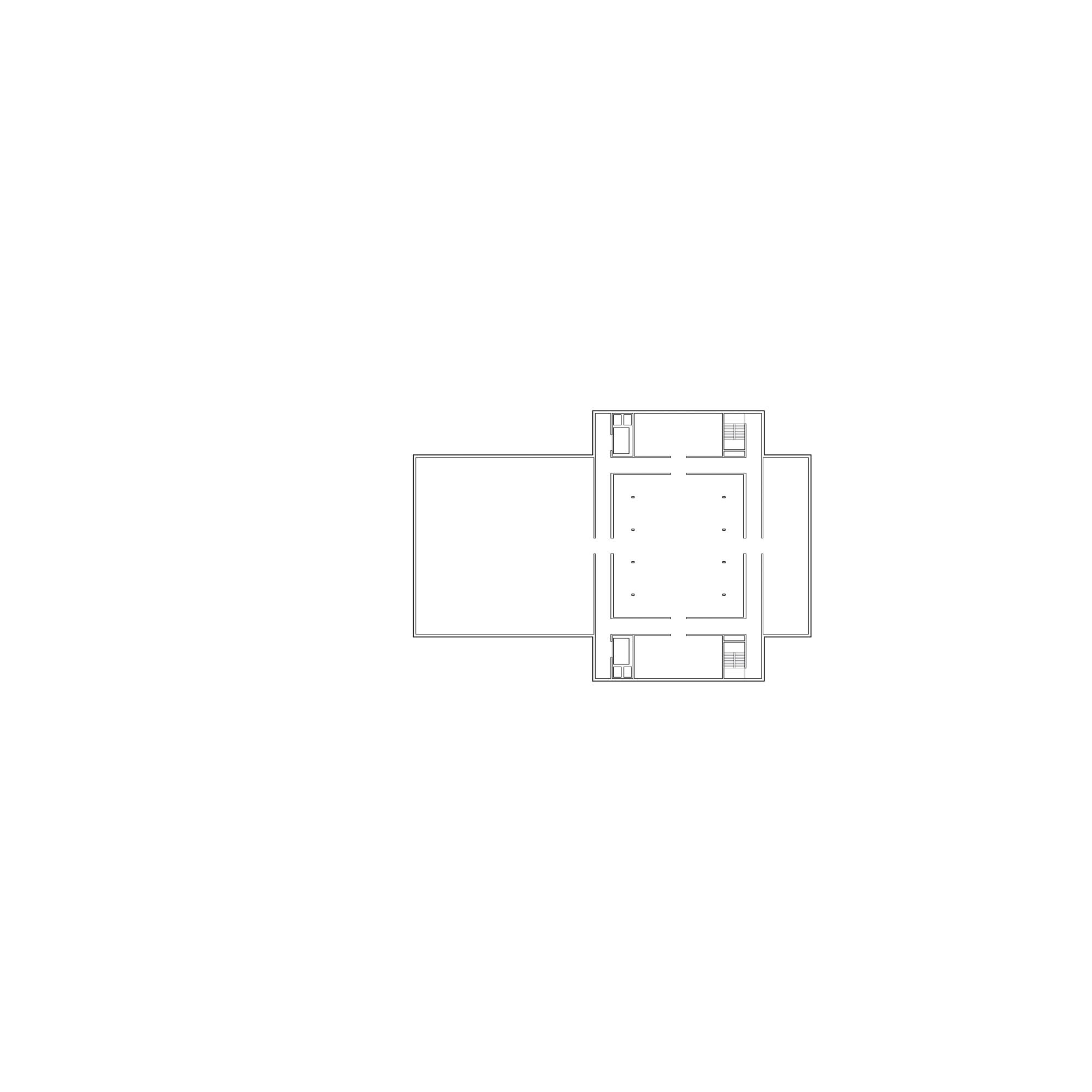 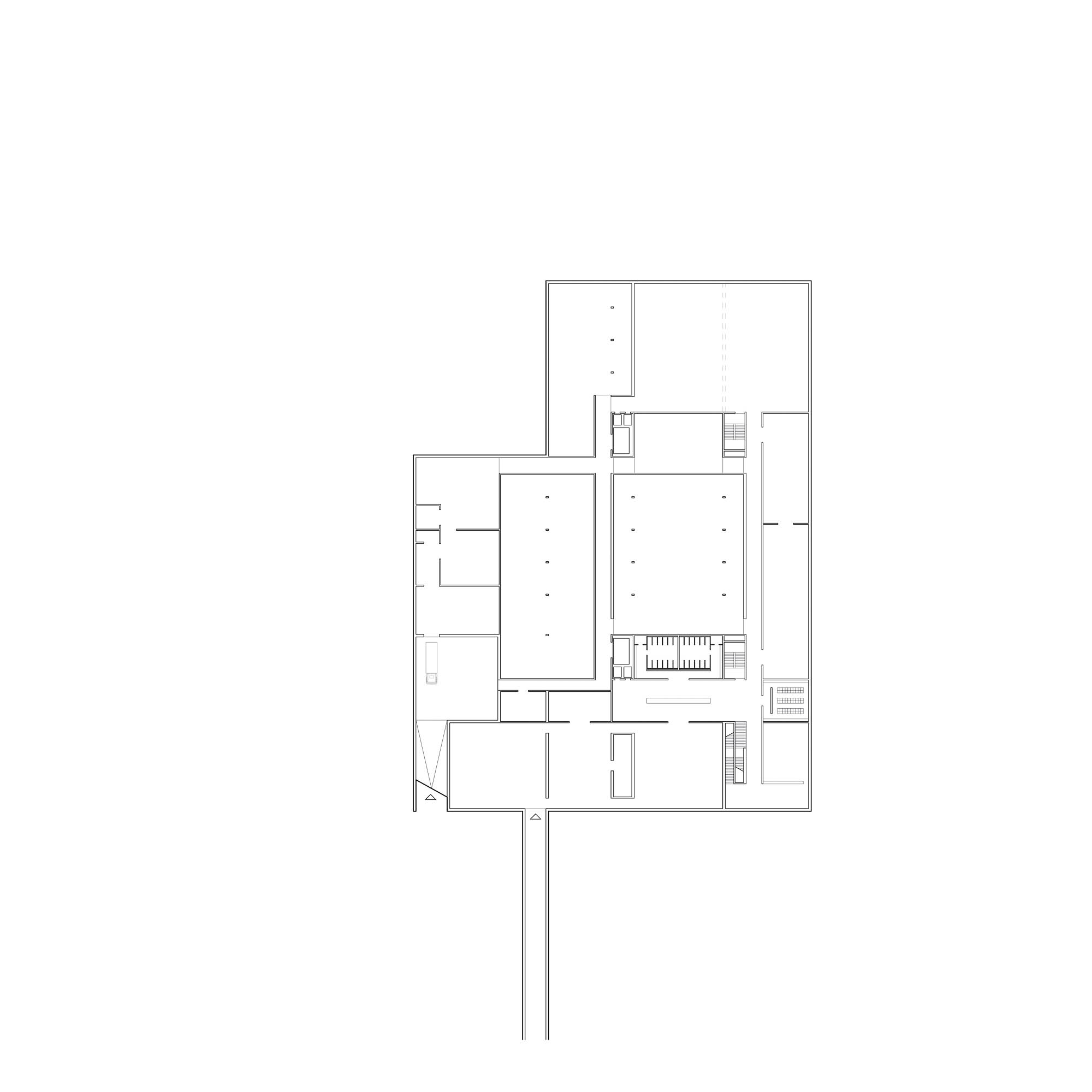 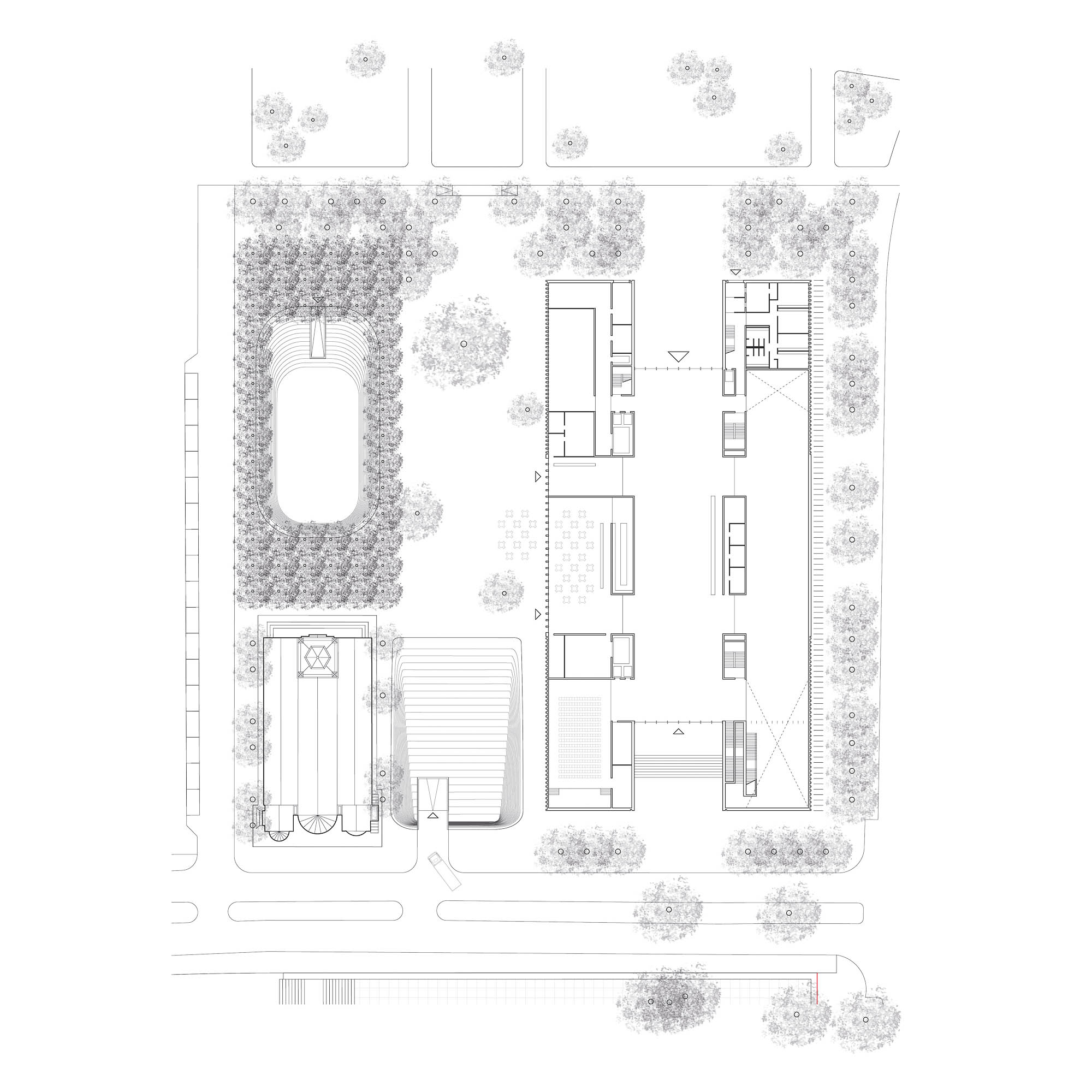 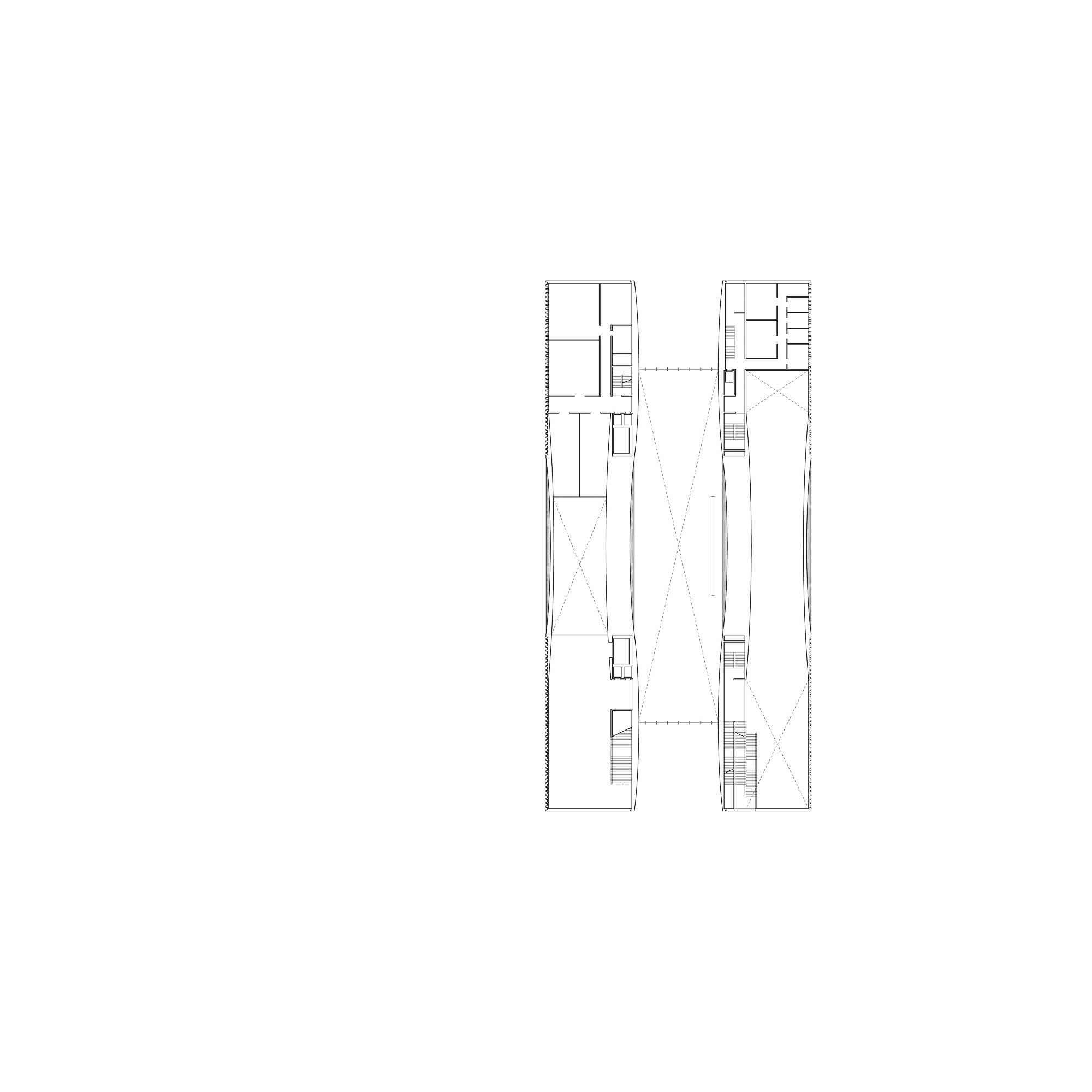 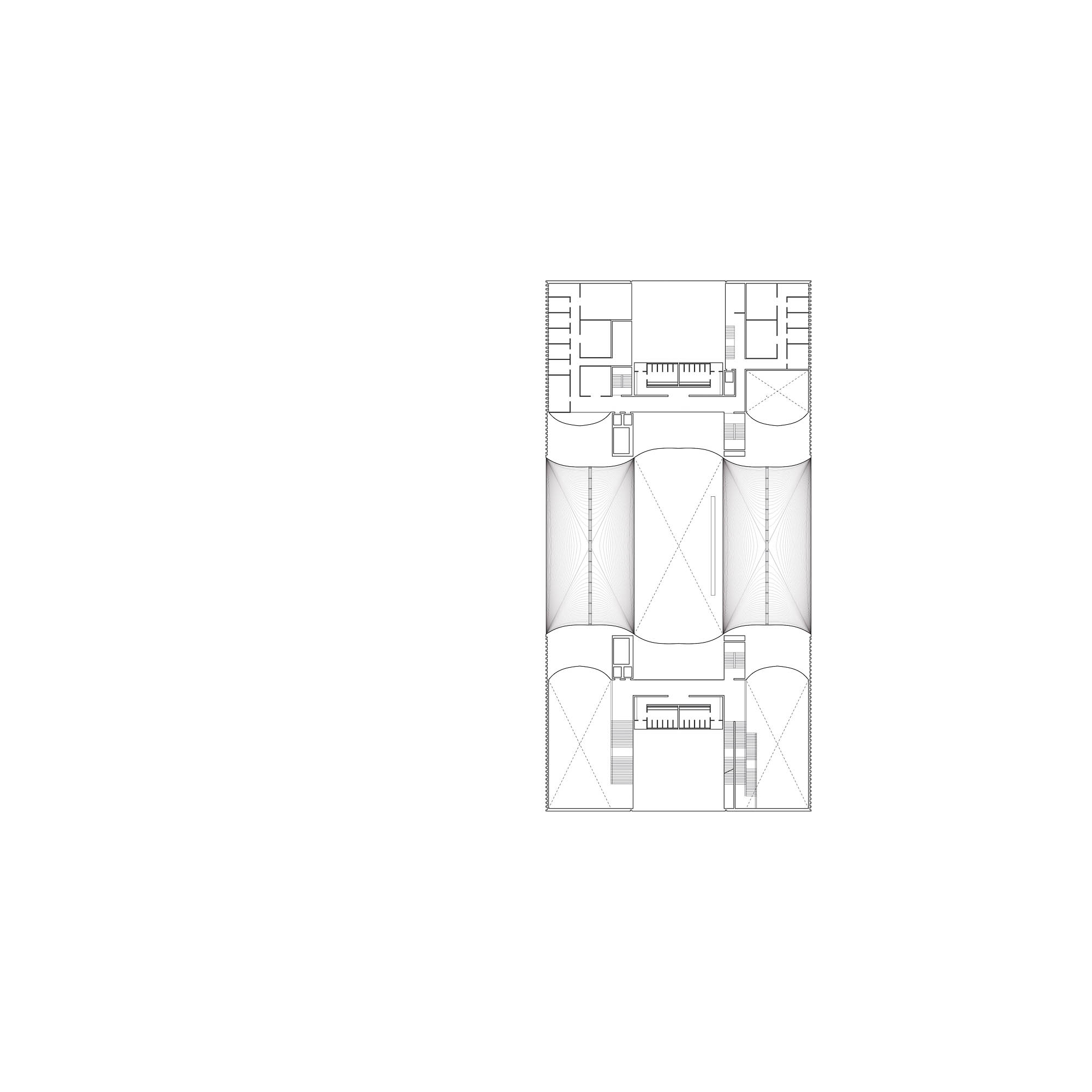 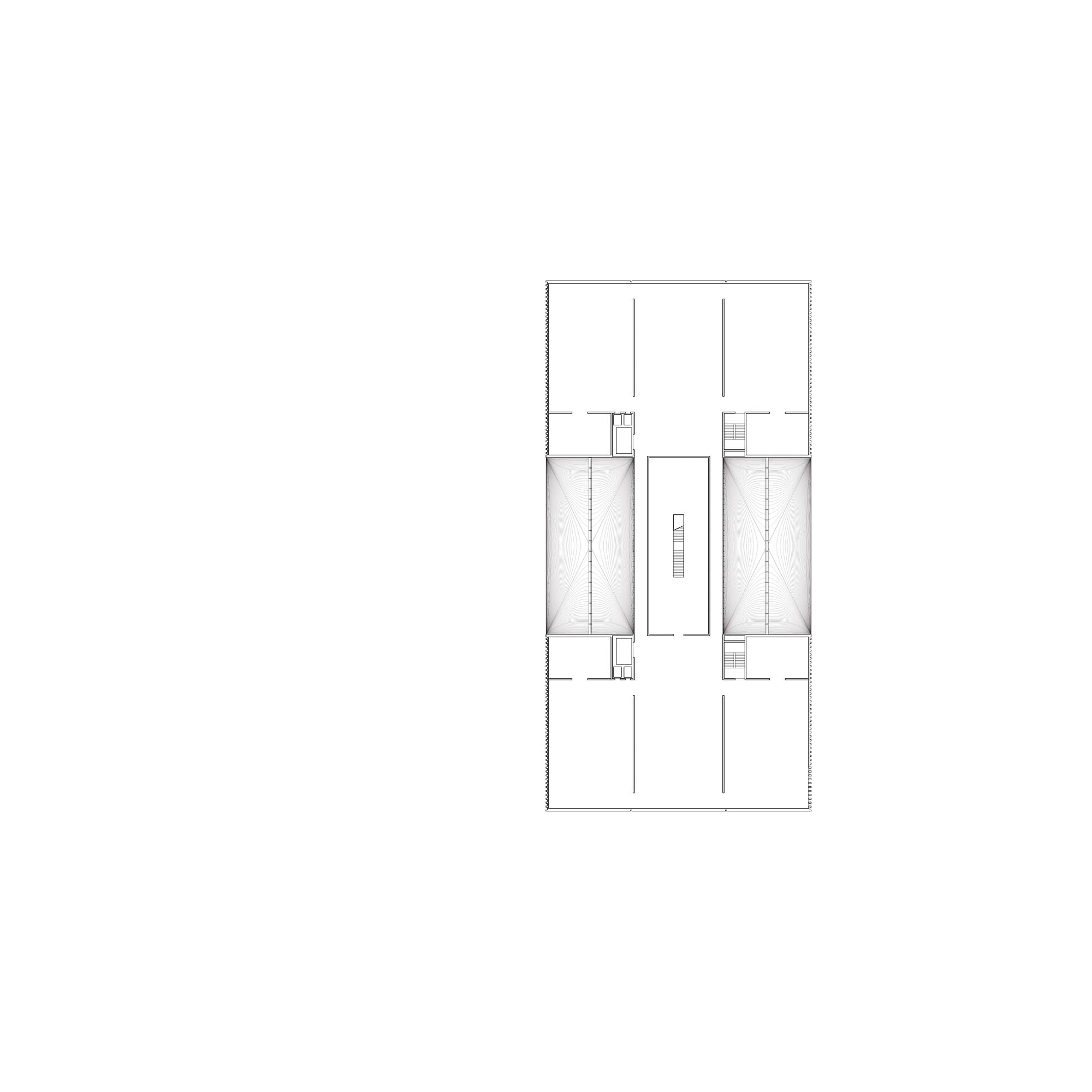 Sited within one of Berlin’s most iconic cultural hubs, our proposal for the Museum of the 20th Century is a contextual response to the urban master plan of the Kulturforum, activating connections between the Neue Nationalgalerie and the Berliner Philharmonie, as well as the Stadtbibliotek and the existing piazzetta. Acknowledging the site’s frontage within the context of Potsdamerstrasse as well as the preservation of the existing trees, the scheme is located on the eastern end of the site, providing ample public space that extends the program of the piazzetta whilst buffering the sound and traffic coming from the east. The scheme acknowledges the importance of creating spaces that activate the formal axes that exist on site, and envisions seamless visual and programmatic connections that consolidate the visitor’s experience of the Kulturforum.
Conceptually, the building is conceived as a solid mass with two voids carved from within, one along the North-South axis at ground level and another one along the East-West axis on the exhibition levels above. This vertical layering ensures visual and circulatory connections between the Nationalgalerie and the Philharmonie, as well as the Berlin State Library and the Kulturforum. The three-dimensional intersection of these voids results from the layering of these two axes, and creates a large multi-story atrium that becomes the heart of the project. Perpendicular surfaces are blended at this intersection, producing soft curvilinear geometries that stand in contrast to the austere sharp lines of the exterior envelope, and becomes the main architectural feature of the project. More than just a museum lobby, it’s an urban civic space drenched by diffuse natural light—evoking a sense of reverence that one experiences at places such as a Gothic cathedral or a Roman bath. More than a museum, this is a temple for art and civic culture.