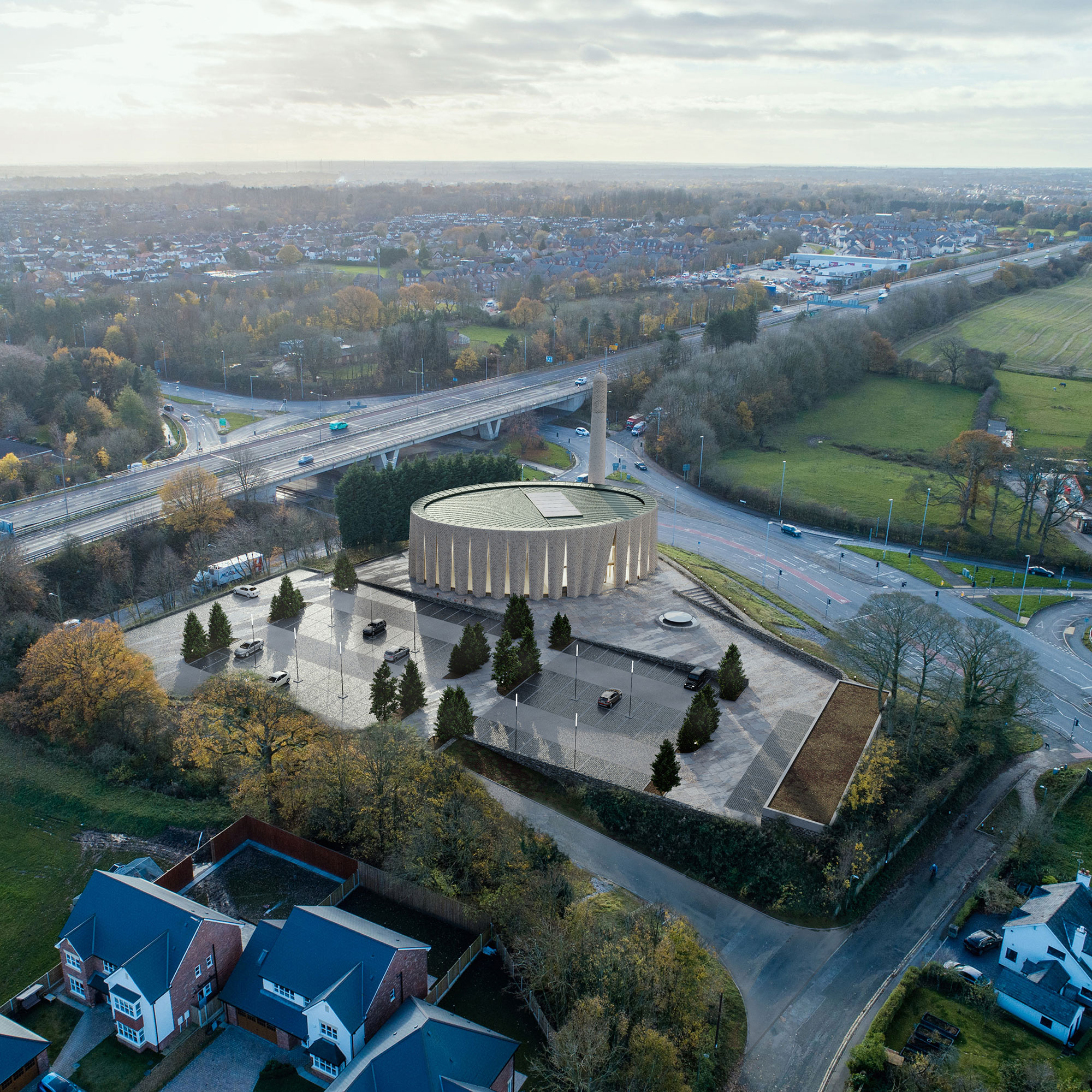 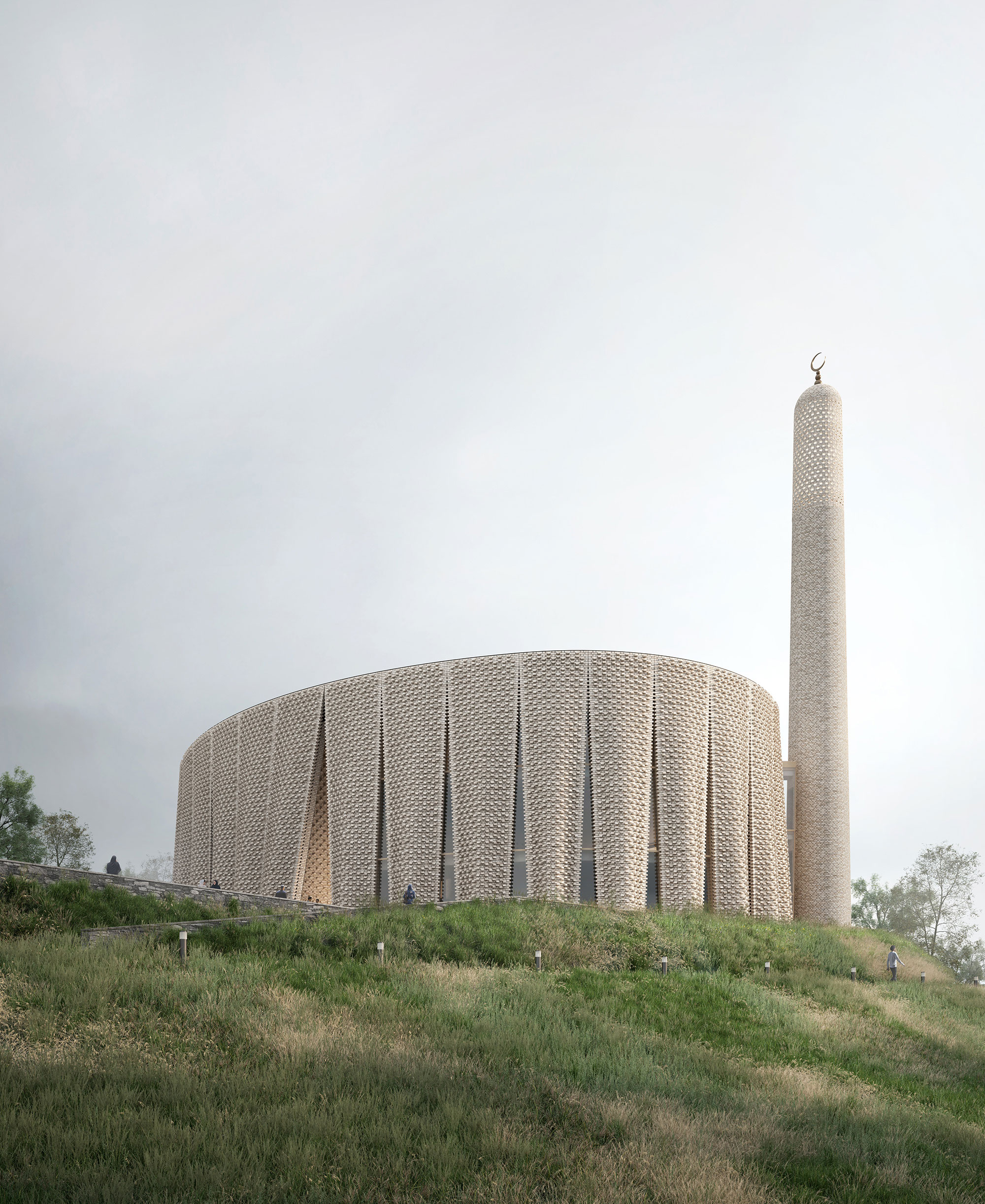 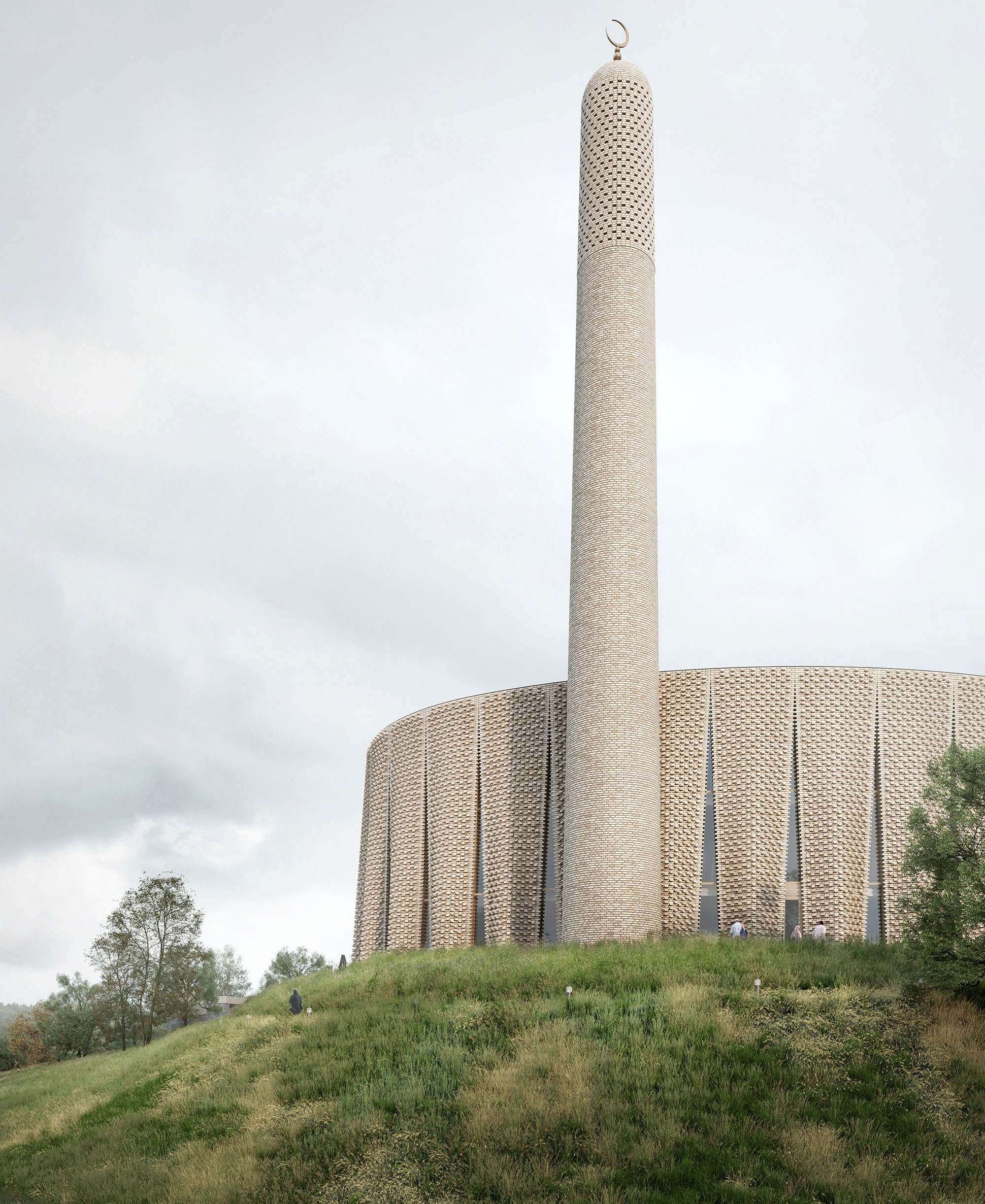 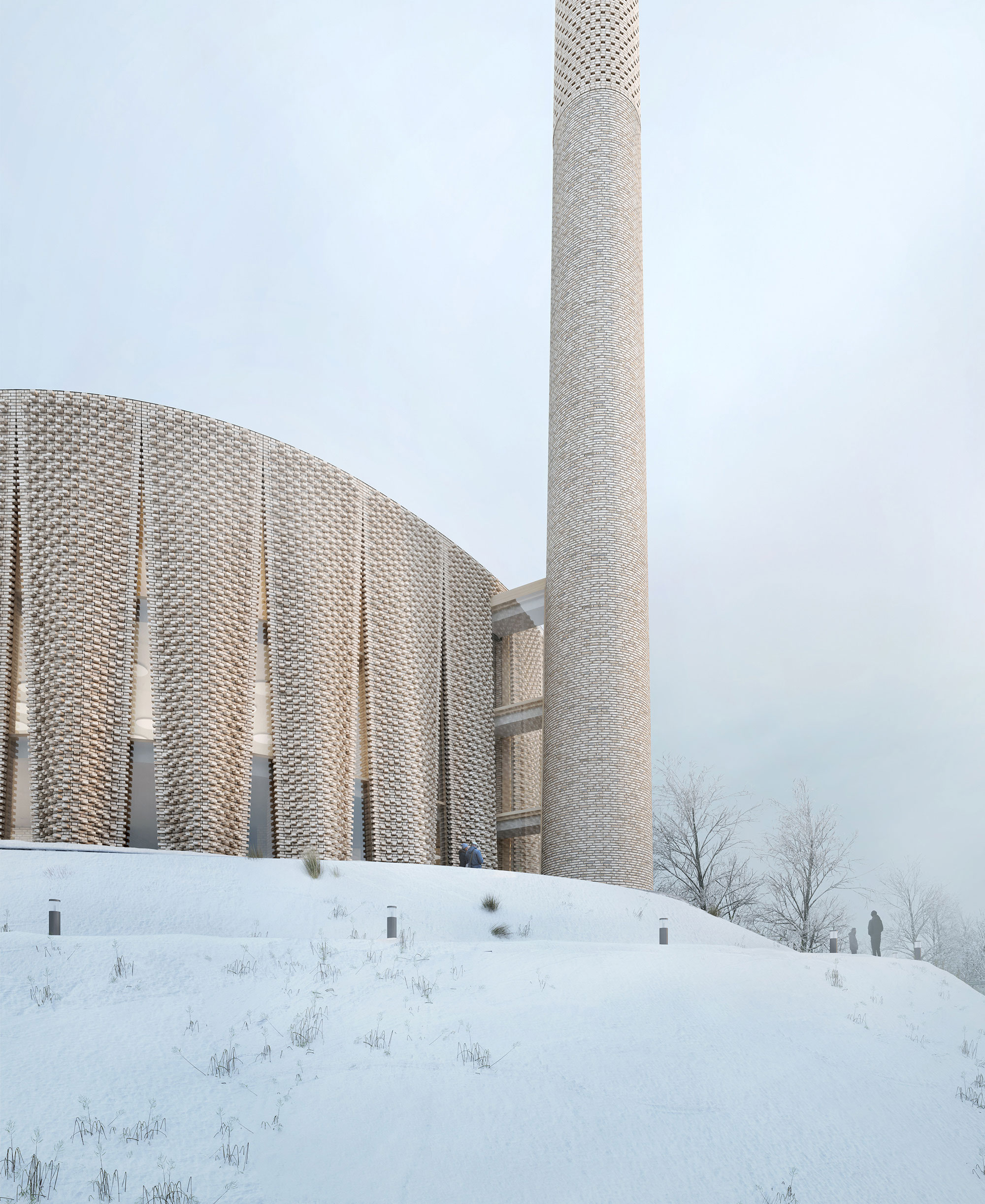 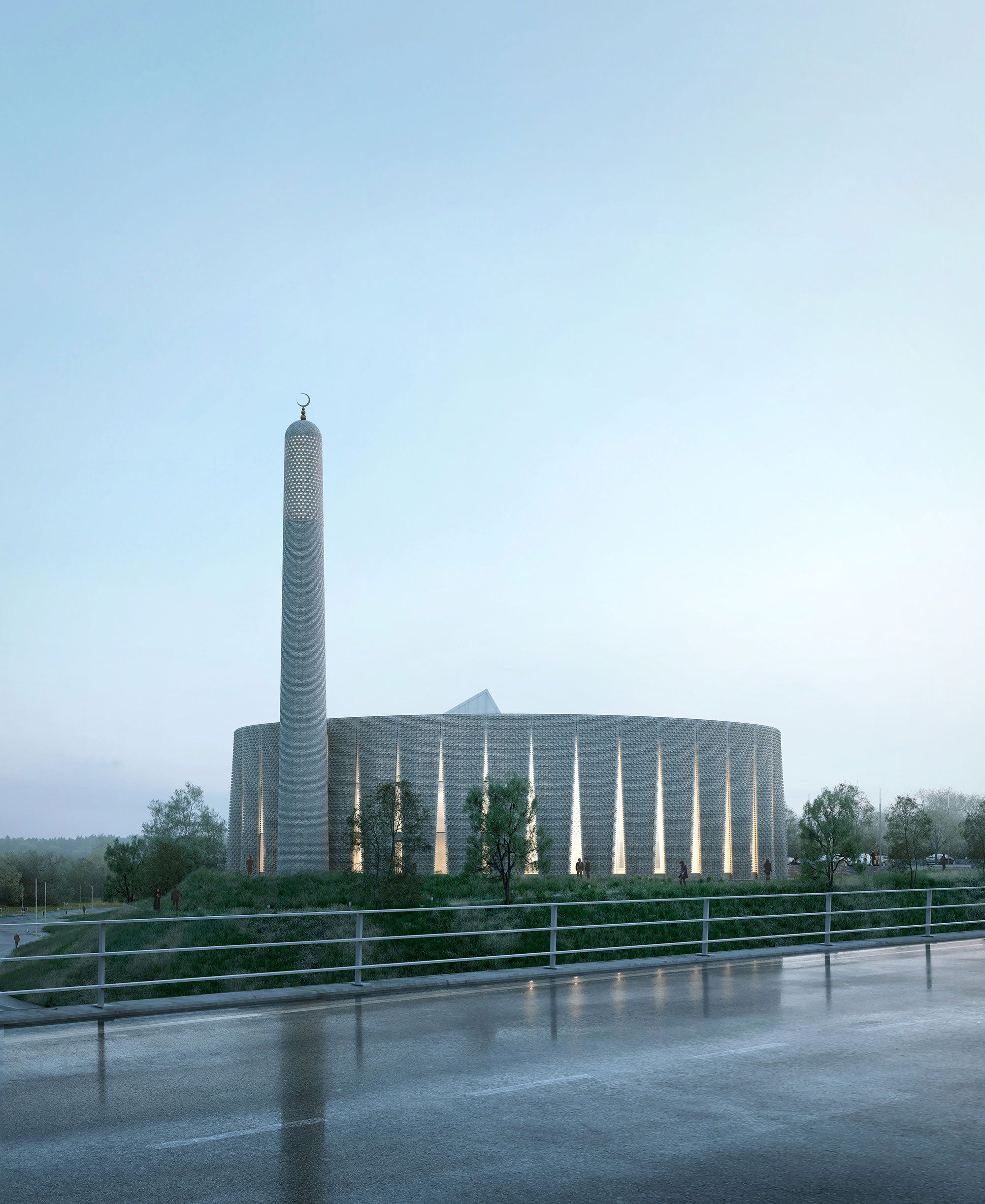 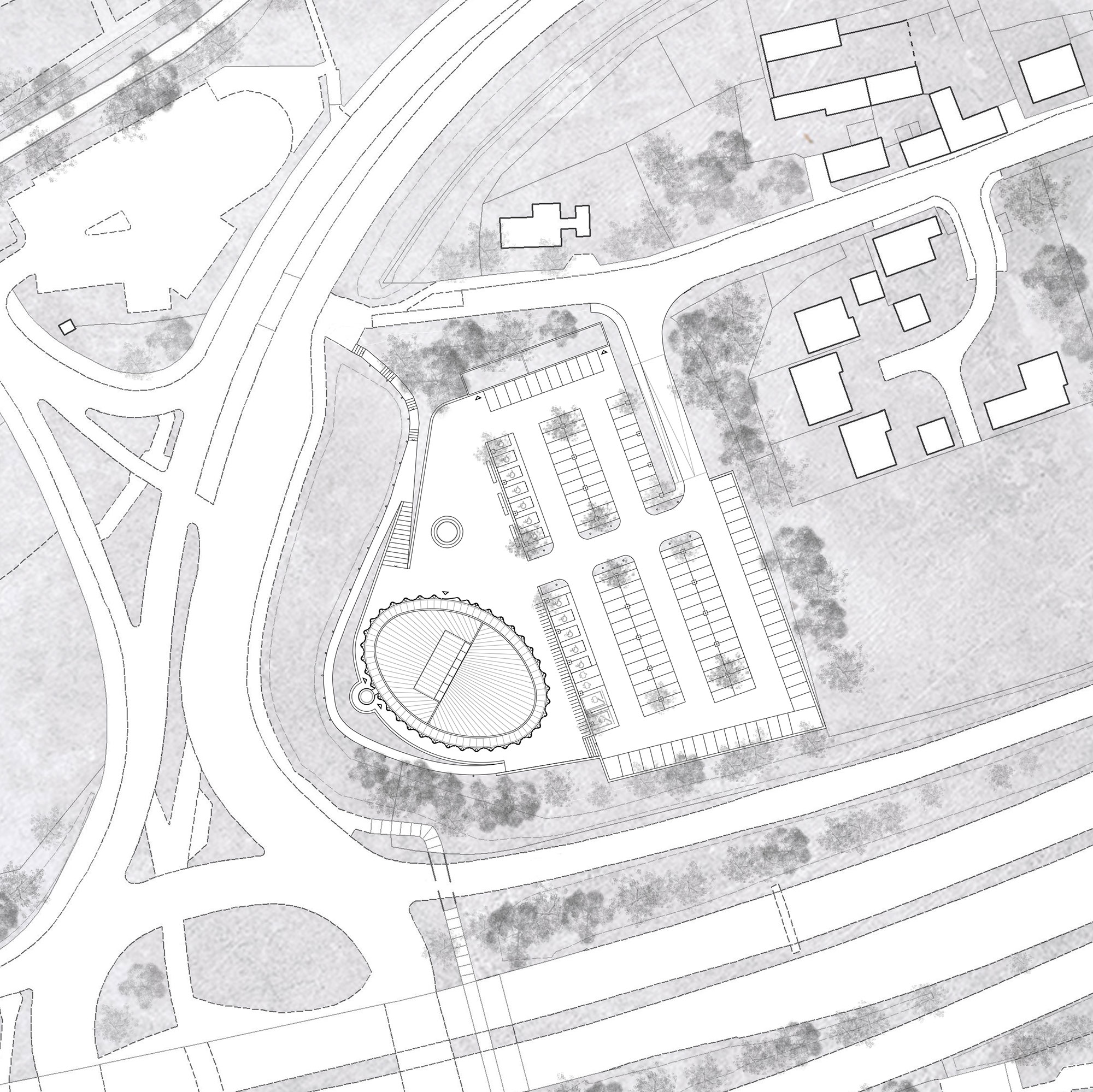 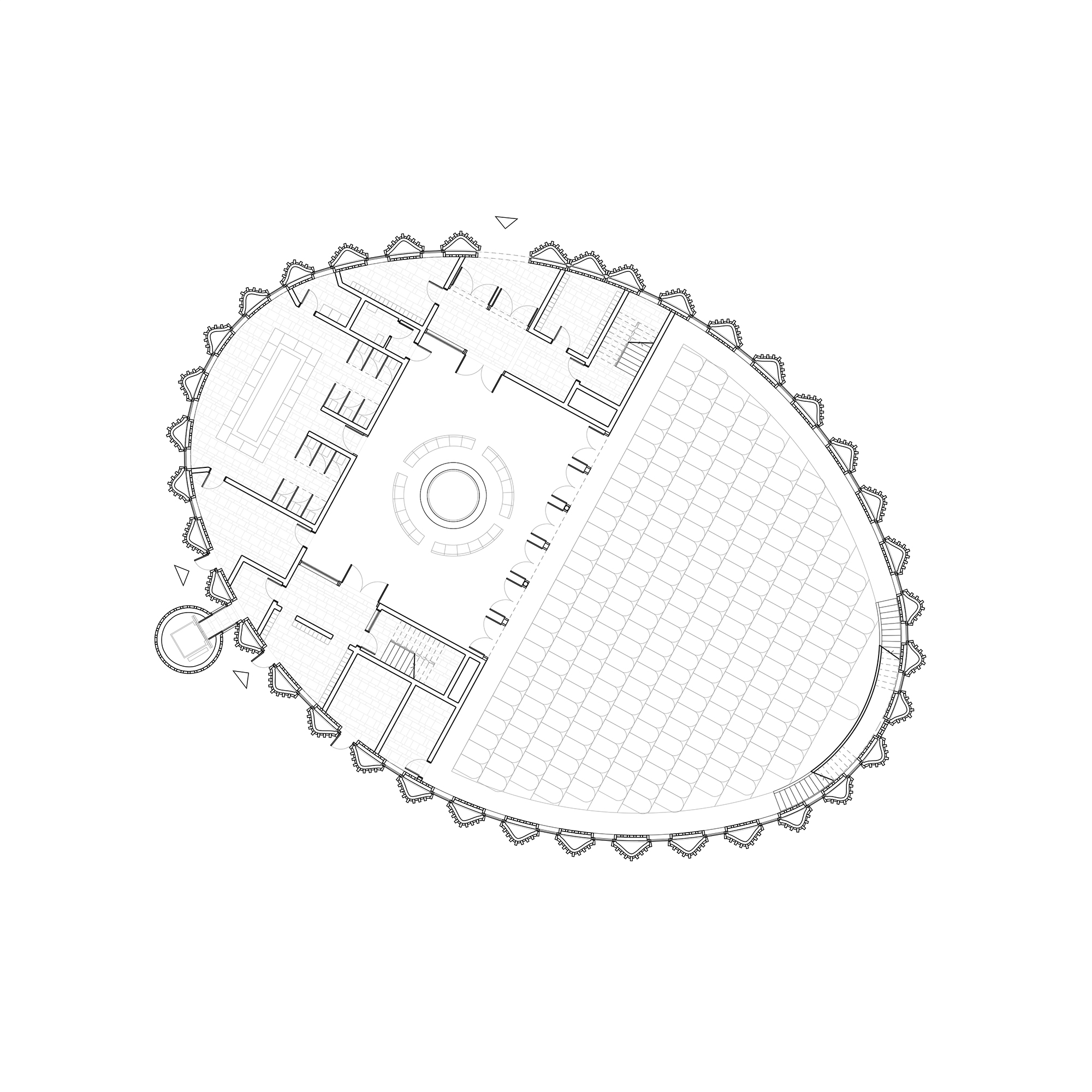 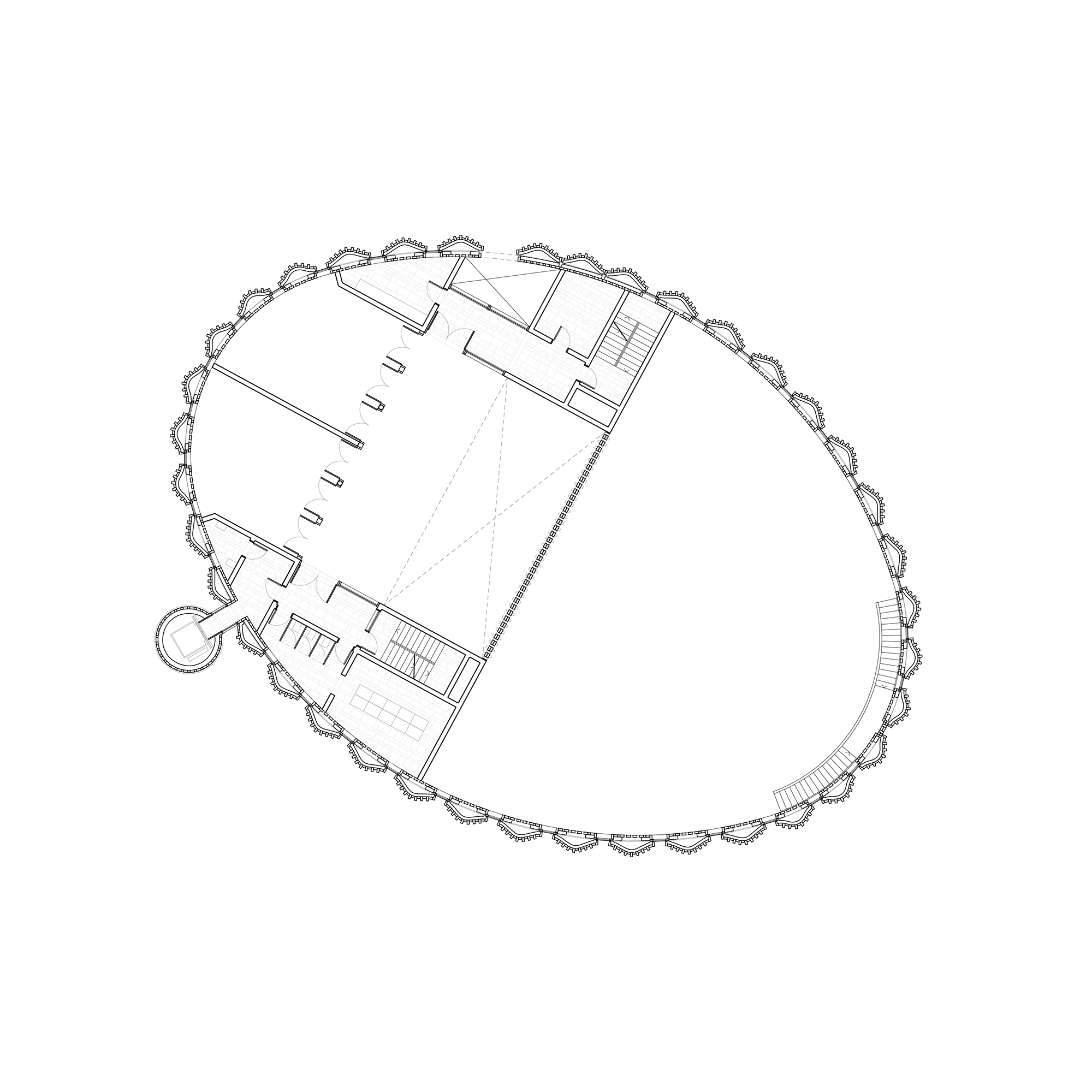 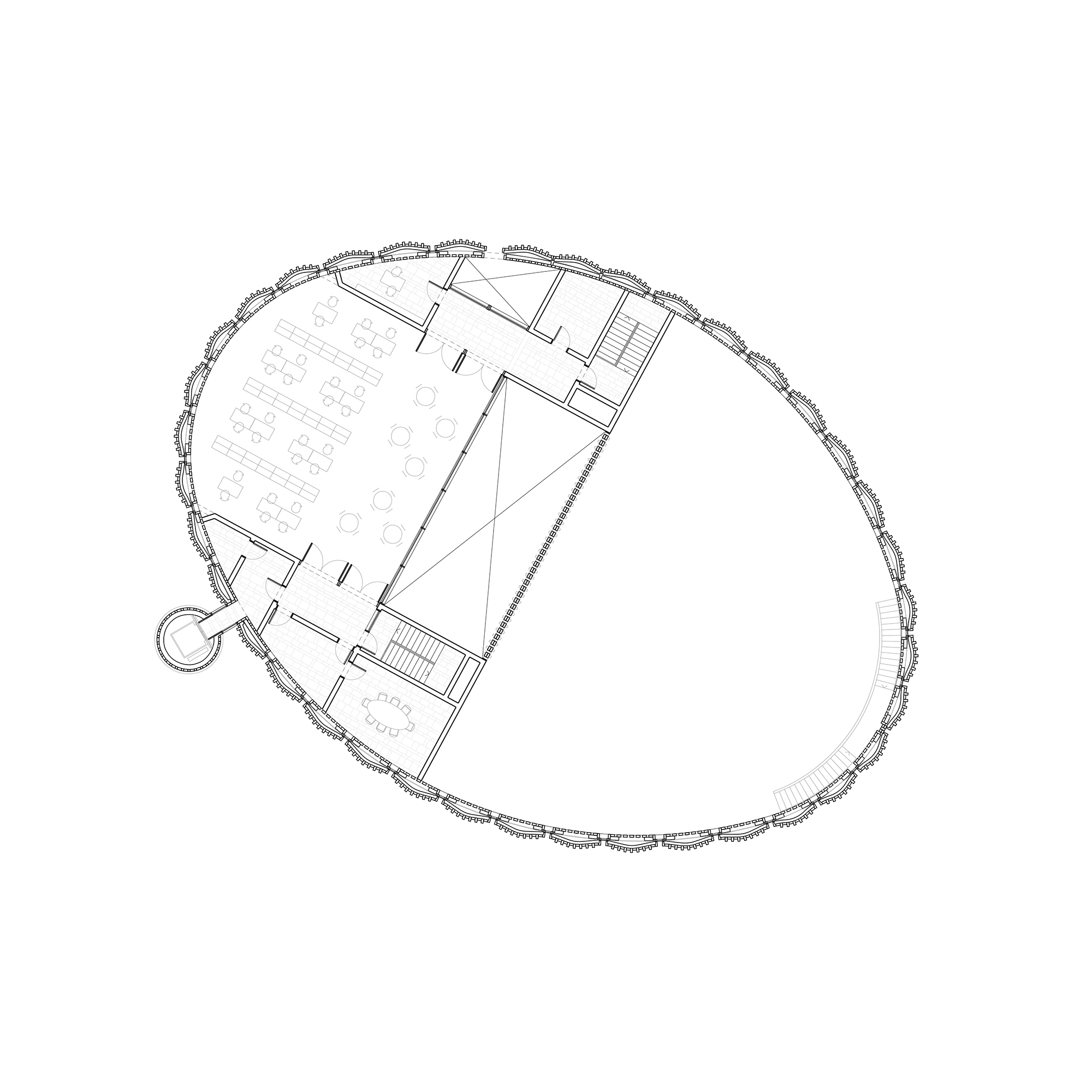 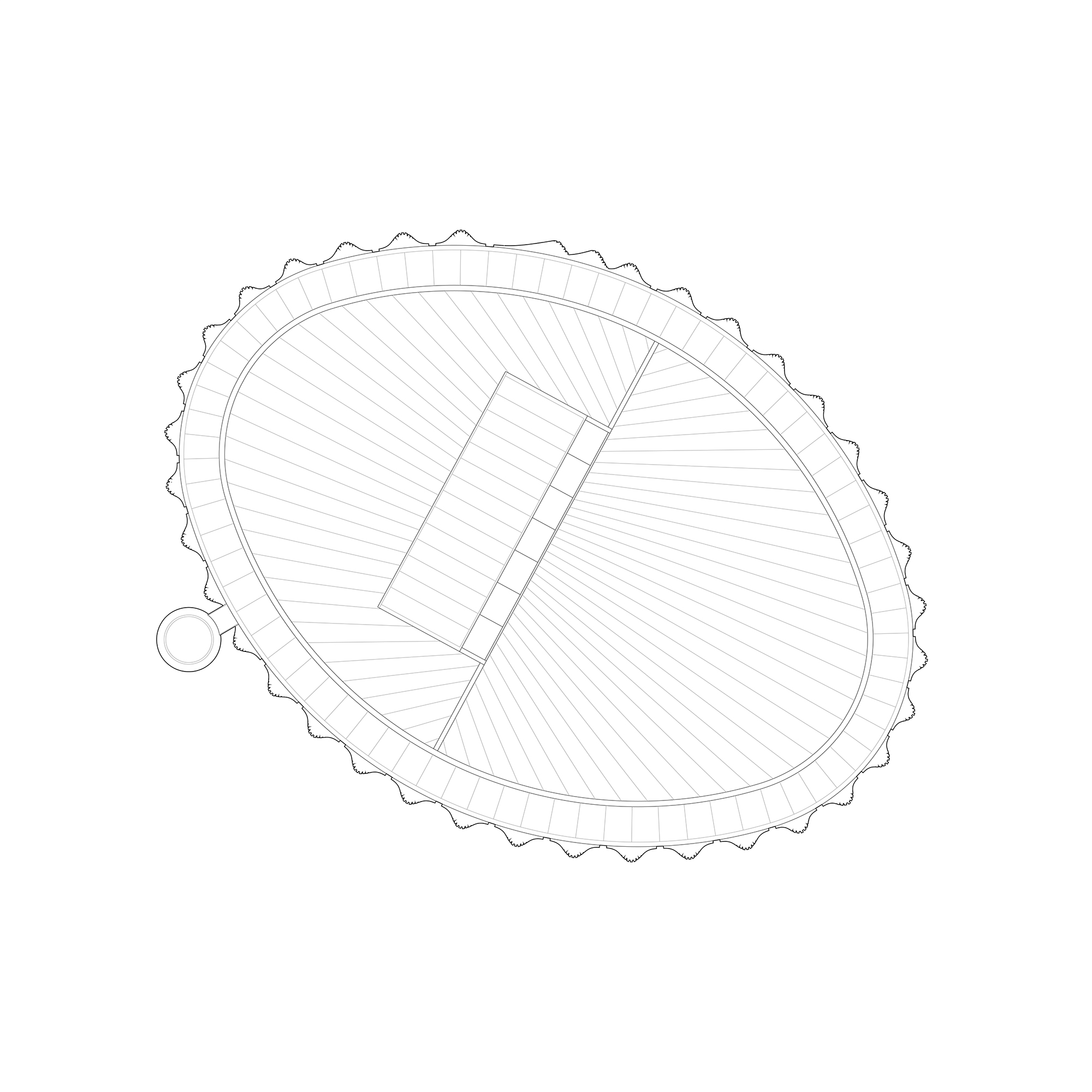 Sited in a prominent location in the outskirts of Preston, our proposal for a new iconic Mosque envisions an architectural language that is timeless in its materiality and honest in its tectonic approach. Conceived as an elliptical extrusion at the south-western end of the site, our design features an abstract and legible massing that is not only iconic and memorable, but also highly kinetic.
Its most notable feature is its textured brick facade, which is conceived as an urban-scale curtain that pleats away to frame the main entrance of the building. Inspired by the veil-like qualities of traditional Mashrabiyas, the facade’s pleating form has inherent structural stiffness that allows it to exist as an independent system whilst endowing the building with a rich tectonic language.
The materiality and careful treatment of the mosque’s exterior not only harmonises the relationship between the new and the existing, but in fact further enhances the building’s cultural identity by harkening back to the textile manufacturing industry that has characterised the region throughout history. Located at the south-western end of the site, the minaret tower makes reference to Lancashire’s well recognised round-section cotton mill chimneys – celebrating the local history whilst announcing the mosque’s presence within the skyline of Preston.
By virtue of its scale, form, and materiality, the mosque will be executed as a highly refined building that celebrates Islamic tradition whilst also paying homage to British craft.